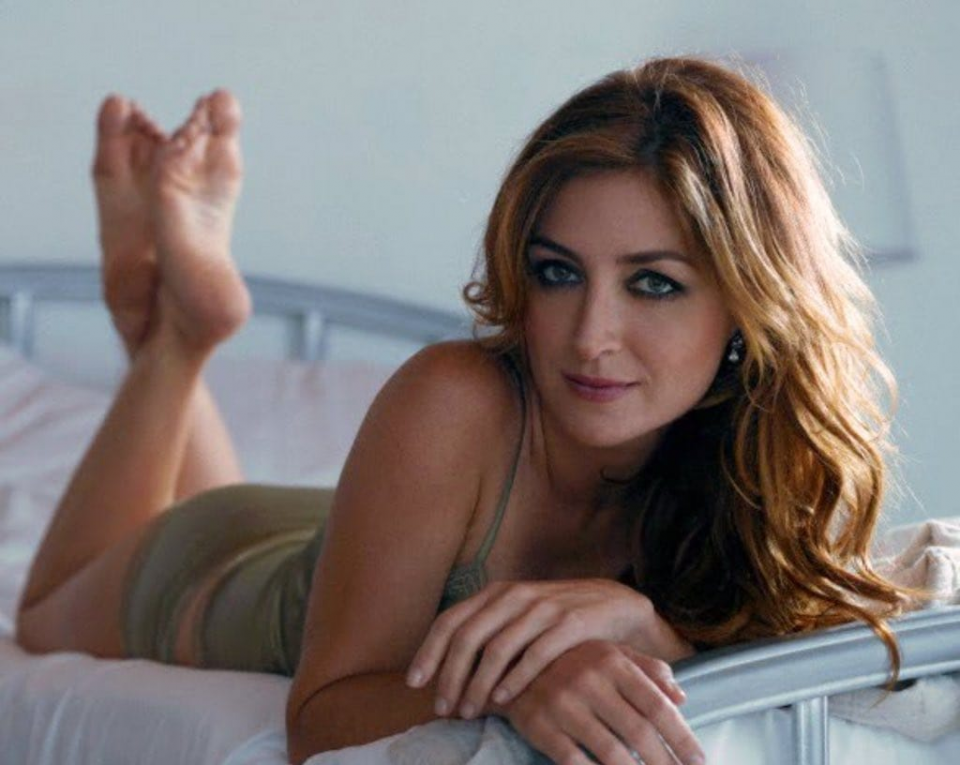 Who is Sasha Alexander?

When was Sasha Alexander born?

When did Sasha Alexander start acting?

She started acting at school in 7th grade. She also did ice skating, but had to abandon it because she suffered a devastating knee injury. She continued to perform in high school and college, and later moved to New York to perform in traditional summer theater and Shakespeare festivals. She graduated from the University of Southern California’s Film School.

What is Sasha Alexander’s religion?

Sasha Alexander is Jewish although ironically her character in the movie Rose Fever is a devout Catholic.

Sasha Alexander Alexander acted regularly in two short series: the medical drama Presidio Med and the 1920s ABC drama, Wasteland. She was featured in the fourth season of Dawson’s Creek as Gretchen Witter, and also in an episode of the comedy series Greg the Bunny, playing the role of a lesbian reporter in which she gives Sarah Silverman a memorable kiss. She was also featured in the films Lucky 13, The Other Couple, and Twin Falls Idaho. Her role on the series NCIS ended in May 2005, and she landed a small role in Mission: Impossible 3. She worked on an episode of the series The Nine as Nick’s ex-wife, and most recently has made guest appearances on the series Dark Blue and House MD.

What is Sasha Alexander’s most famous role?

In 2010, Sasha Alexander started portraying the forensic doctor “Maura Isles” on the hit show Rizzoli & Isles during its first, second, third and fourth season, which premiered on June 25th, 2013.

Who is Sasha Alexander married to?

How many children does Sasha Alexander have?

Sasha Alexander has two children, Lucia Sofia, born May 12th, 2006 and Leonardo Fortunato, born on December 20th, 2010. Her best friend is Jessica Capshaw. Sasha and Jessica are godmothers to each other’s children.

Stage work, that’s all I have in my background. Wasteland was my first TV experience. Dawson’s was my first long-term, I mean the entire season of 22 episodes.

I entered into Dawson’s Creek to do a couple of episodes. They weren’t sure about my role in the beginning, but then the chemistry kind of worked.

When I graduated college I needed to make money while I was pursuing acting, so I read screenplays and made a living writing coverage on them for studios.

I still feel like I have a lot of growing up to do ’til I find the voice. Everybody has their own voice and their own thing they want to say to the world.

I just saw the movie for the first time in its entirely last night. It’s really cool when you’re in with an audience that’s so tuned in and plugged in to what’s going on.

Hollywood looks to these young people now to say something to the world. I have nothing against that, I think a lot of people have things to say. But I think you need life experience.

I always say if you’ve seen good acting on television, those actors are really good. Because there’s just not enough time. You don’t have any preparation.

I really love the process, with stage, of rehearsal, you get to create a character, and you have a beginning, a middle, and an end of story. And in television, you don’t.

I’m going to tell stories to the world. I think there’s time for me to grow. We’ll see.

Did Sasha Alexander want to be an exotic dancer?

Yes, actress Sasha Alexander famously said in an interview, “I actually wanted to be an exotic dancer, but that didn’t work out so I thought I’d take on acting.”

Why did Sasha Alexander leave NCIS?

The long-running hit crime drama on the CBS network, NCIS, just unveiled the season 18 finale this week, leaving the door open for the 19th installment that should appear on screen in late 2021. NCIS began in 2003 with its first episodes, and over the years criminal drama fans have become accustomed to seeing countless characters come and go who have come to life in the plot of the procedural series. One of NCIS’s most notable exits was that of star Sasha Alexander, who played agent Caitlin ‘Kate’ Todd, staying from the series’ premiere in 2003 through season 2. At the series premiere, Todd was a Secret Service agent, but team leader Leroy Gibbs (Mark Harmon) made her an offer to be a part of NCIS, and then she quickly became a fan favorite due to her ongoing flirtation with Tony DiNozzo, Michael Weatherly’s character. However, it was at the end of the second installment that NCIS surprised fans when they killed Kate, despite the fact that Sasha Alexander had a six-season contract and fans expected Kate to be around for a long time. Alexander’s departure from the CBS series generated intrigue among fans who were dismayed by her character’s early death on NCIS.

Sasha Alexander wanted out of NCIS

Well, what many probably do not know is that Sasha Alexander asked to leave her contract, as confirmed by the actress to TV Guide in 2012 saying that she found the workload difficult at NCIS. This explained: “it’s tough” because it takes 10 months a year, 17 hours a day to shoot a full season. I truly believe firmly in my heart that I would not be where I am today – happily married, with two kids, doing things creatively that I want – if I had stayed, “Alexander said.” I didn’t want to wake up and be in my 40s and say: ‘ Oh my God!’ But people don’t get it. “Behind the scenes, Alexander was having some major problems. When she left NCIS, the official line was that she wanted to move on to other projects. But according to then-showrunner Donald P. Bellisario found that the workload was too much for her.

5 Things to Know Before You Study Abroad