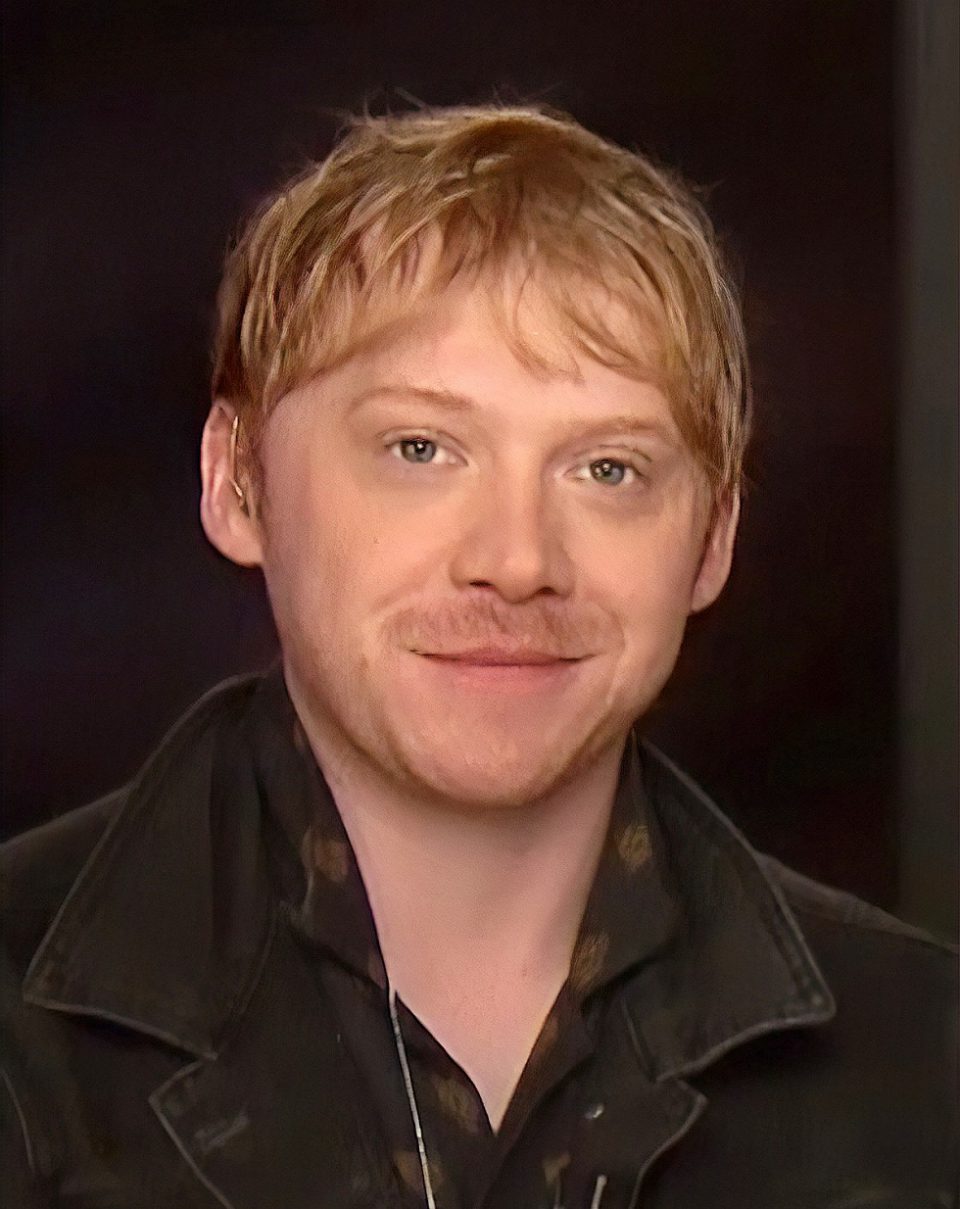 Shooting to fame from the Harry Potter series, Rupert Grint has a firm place in all our hearts as the loveable redhead. In this article, we lay down 15 interesting things to know about the actor:

1. The Actor Has No Idea How Much Money He Has In The Bank

There might be some actors that routinely roll around in their heaps of money in their very expensive house, but Grint is definitely not one of those people.

According to an interview with Metro, the Harry Potter star actually has no idea how much money he has saved away in the bank from starring in a hit movie franchise.

2. Rupert Grint Is The Shyest Of The Harry Potter Kids:

In an interview with The Guardian, Rupert Grint says that he was always very shy, even when he was a little boy. Infact, the reason to go into acting was because he liked the idea of hiding behind a character and becoming someone who is entirely different.

3. Not A Surprise, He Dislikes Doing Press And Red Carpet Events:

We all assume that doing different kinds of red carpet events and speaking with the press that’s begging to hear your opinion seems pretty cool. But it’s actually quite overwhelming!

Grint admitted to The Guardian that he dreaded red carpet and press events because the whole atmosphere was “an attack on the senses.”

Grint definitely isn’t staying idle and lounging around the house now that the Harry Potter franchise is over.

Aside from taking on other acting gigs, Metro writes that the former Ron Weasley has taken up beekeeping because it is good for the environment and he’d like to release his own brand of honey one day.

5. Rupert Struggled With His Identity After Harry Potter:

While he was growing up, Rupert was a fan of the Harry Potter books and Ron was his favorite character – but this would soon play mind games.

According to The Guardian, aside from not really wanting to watch his younger self on the big screen, Grint has another good reason for not strolling down memory lane.

He admitted during an interview that after the third film was released, the line between who he was as a person and the character he played thinned, causing an identity crisis.

6. Rupert Grint Acted Before He Was Cast As A Member Of The Golden Trio

Unlike some of his Harry Potter co-stars, Grint had previously dipped his feet in the acting world before landing the coveted role.

Biography notes that Grint previously worked with his local theater group, but playing the character of Ron Weasley was his introduction to acting in front of a camera.

7. Rupert Grint Had A Massive Adjustment When The Series Ended

Being able to star in such a long-running mega hit movie series was both a gift and a curse to Grint.

He admitted to The Guardian that even though he had his issues with fame, he had to go through a massive adjustment period once the cameras stopped rolling and he left the Harry Potter world for good.

He also admitted to the fact that he’s at peace with peaking so early.

The Guardian writes that Grint is not one of those people and is at peace with the fact his career peaked early because he knows it is rare to get a second role like that.

It was only up until a few years ago that the Harry Potter fans found out that Grint was dating fellow actress Georgia Groome from Angus, Thongs And Perfect Snogging Fame.

The couple had their first child- a baby girl.

“Hey Instagram….only 10 years late, but here I am. Grint on the Gram!” the caption of a selfie of him cradling the newborn reads. “Here to introduce you all to Wednesday G. Grint. Stay safe, Rupert.”

9. Grint Feels Like He Missed Out On The Normal Milestones Of Childhood

According to Metro, Grint admits that he hasn’t had a very good experience with fame and feels as if he “lost himself” during his stint as Ron Weasley.

He is especially saddened by the fact that he didn’t get a chance to be a normal child and teen, with all of the usual milestones that brings. Hopefully, he can experience these things through his new daughter as she grows up.

The former Harry Potter star admits that he didn’t feel pressure until Prisoner of Azkaban came out in theaters.

The Guardian writes that after the flick came out, Rupert Grint was faced with the pressure of playing the growingly famous character of Ron Weasley perfectly to a global audience.

Grint also told The Guardian that there were plenty of times where he considered leaving the film series because a long job like that meant sacrificing some things in his life.

11. Grint Says Folks Were Waiting For Him To Become A Scandal Like Other Former Child Stars:

Most former child stars have a troubled relationship with the world and the audience now expects it. So it wasn’t shocking that Rupert Grint grew up getting counseled about the same. The Guardian writes that the British actor said he felt like there were a lot of people out there that were just waiting for him to be engulfed in a scandal.

Let’s face it, the Harry Potter fandom—especially in its heyday—is pretty loud and tenacious.

According to one interview, his fame was so extreme back in the day that Grint admitted he often went out and about in public in disguise just so he could have some time for himself without getting hounded.

13. Acting Has Never Been About The Money:

Some people have a misconception that all actors get into the industry because they want to make a lot of money and that might be true for some, but Grint is too much of an introvert for that.

Rupert’s dad used to deal in car racing memorabilia, and his mother was a homemaker. Their family grew up in Hertfordshire which is a picturesque county north of London.

One Metro interview stated that Grint said he never got into acting as a way to get rich and live in the lap of luxury.

14. He Prefers To Take Smaller Roles:

Both Daniel Radcliffe and Emma Watson have moved on in their careers and appeared in a few high-profile movies. But unlike his Harry Potter co-stars, Grint prefers to take smaller roles because he is not a big fan of being out and about for all the world to see.

According to Twenty Rupert Grint only watched the first Harry Potter film during the premier and that was it.

He’s not really a big fan of watching himself on screen and admitted if he ever did want to re-watch his early work, it would only be up to the third film.

Dave Chappelle: Net Worth in 2022, Assets, Career and Personal Life of this comedy star

How to Choose a Good Crypto Gambling Site