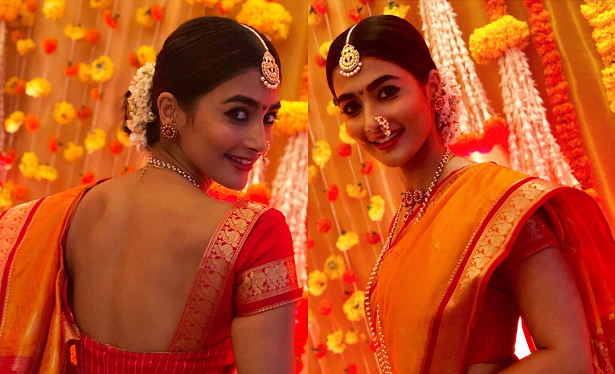 Pooja Hegde, who made her debut in Bollywood with Ashutosh Gowariker’s ‘Mohenjo-Daro‘ (2016) alongside Hrithik Roshan was recently spotted in a Nauvari saree at her best friends wedding. 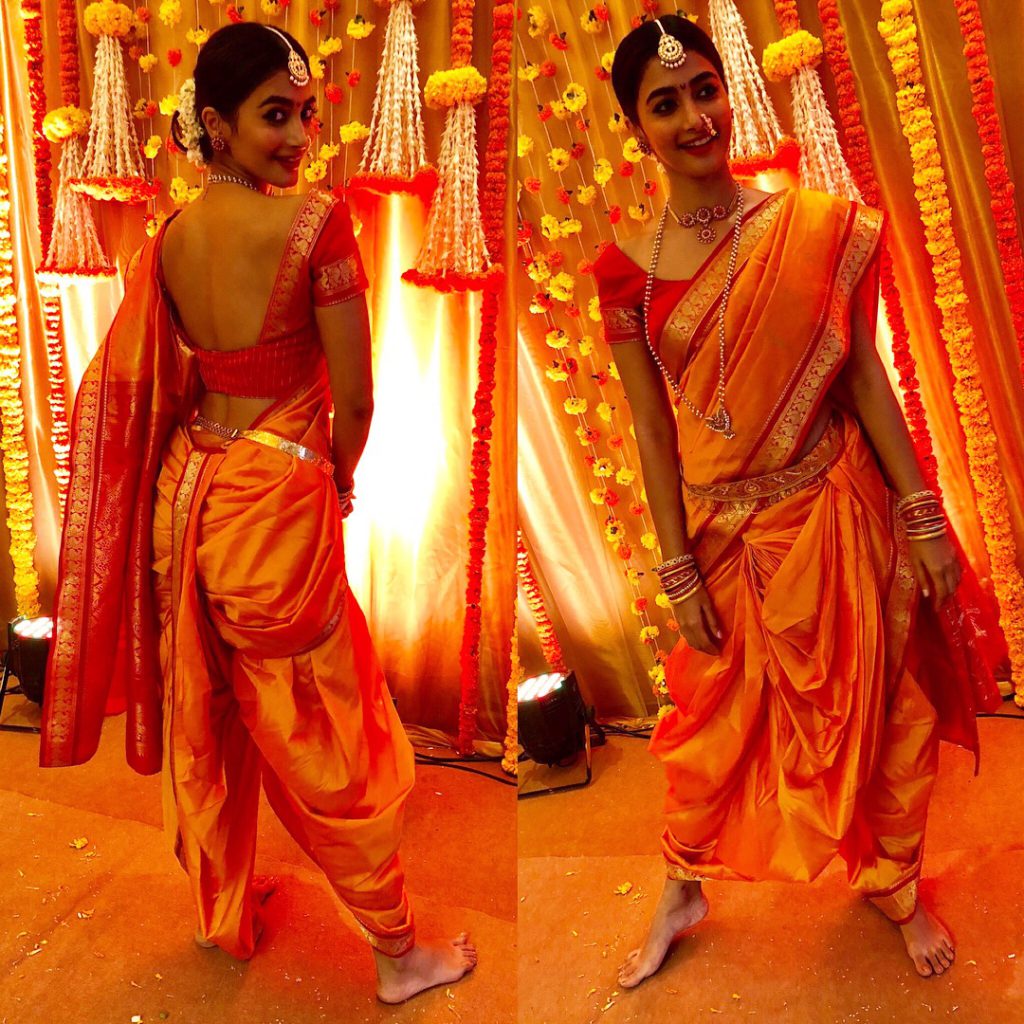 The actress was earlier in news for nailing a long dance sequence in a single take owing to limited time available to the team of the Telugu film they were shooting for, on a busy street in USA. 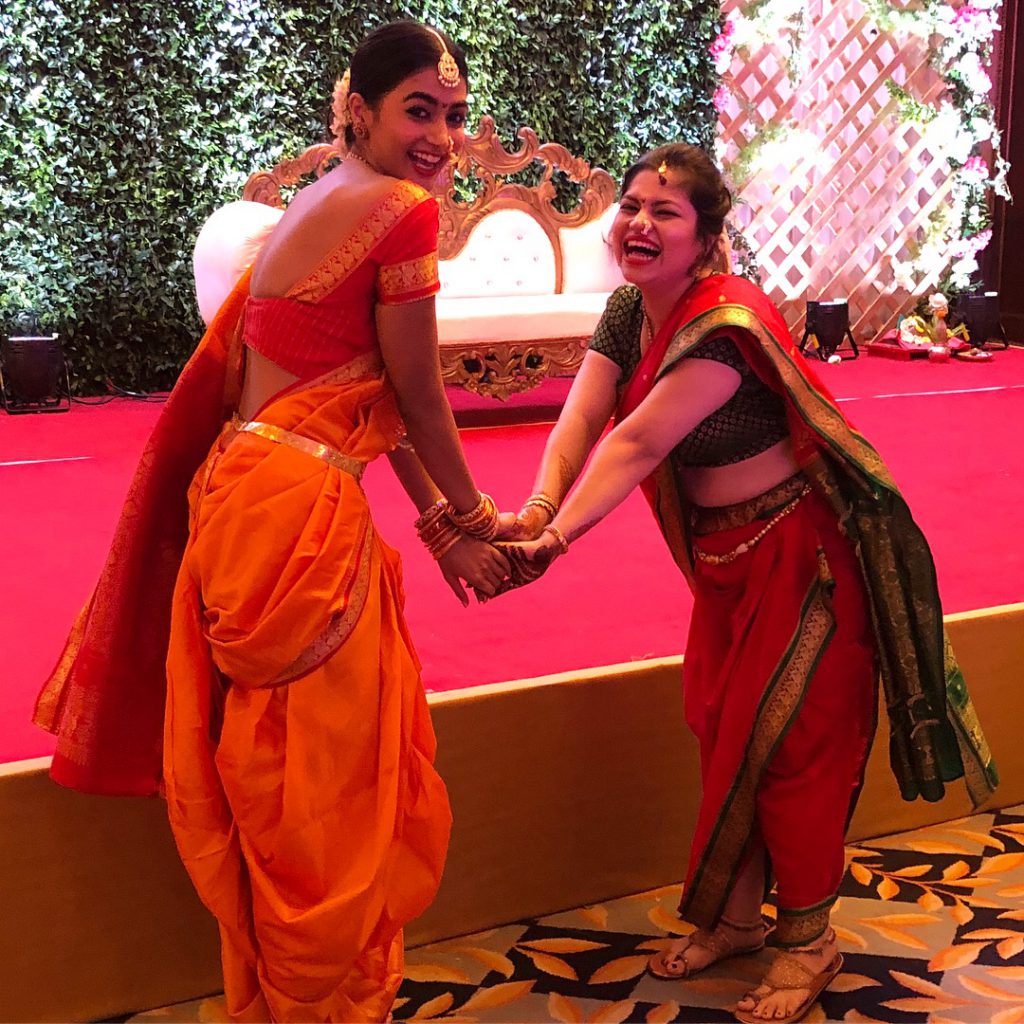 It would not be wrong to say that Pooja has risen to stardom after her debut in Ashutosh Gowariker’s Mohenjo Daro, which made it clear that she was destined for blockbuster films. 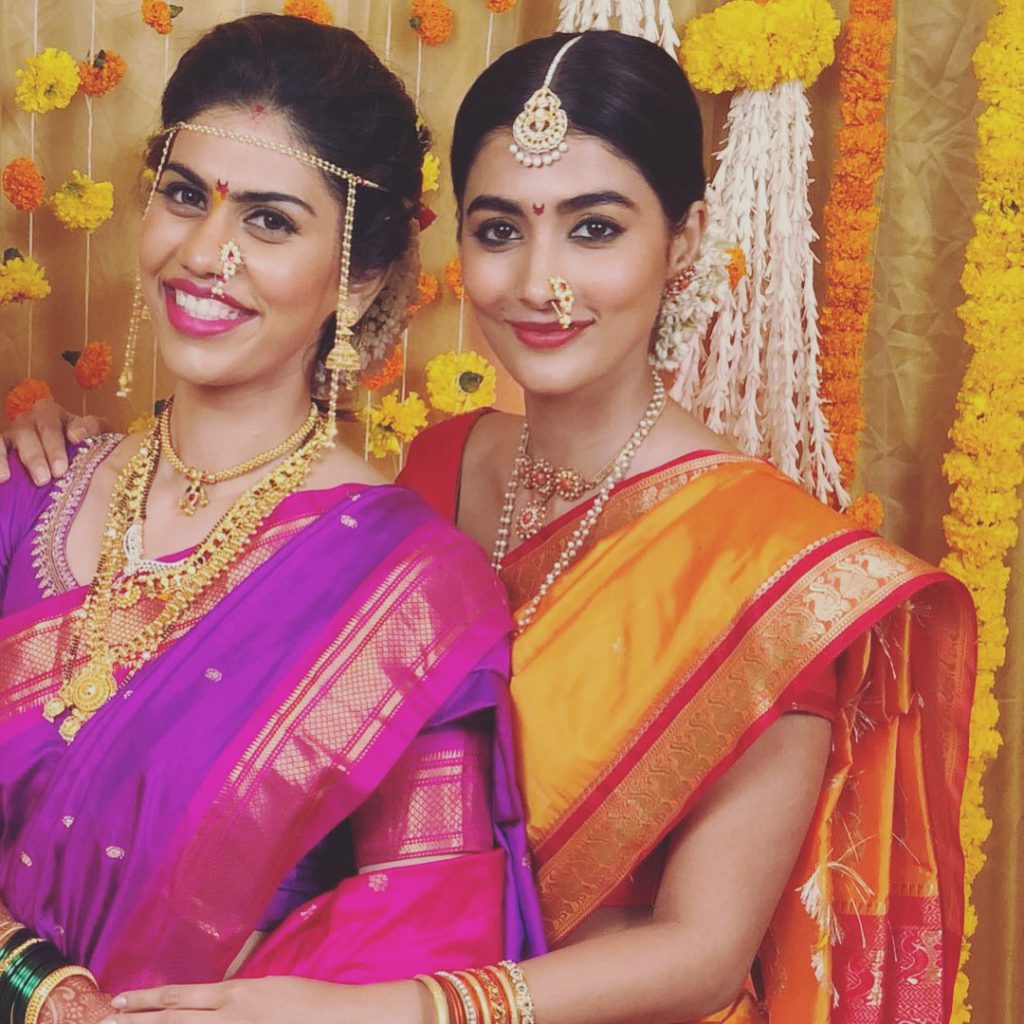 The fact that the gorgeous actress has signed three films with big stars of the South Indian film industry including Junior NTR, Prabhas & Mahesh Babu and been roped in for two films by KriArj Entertainment goes to show that she has talent par excellence.

Undoubtedly, Pooja Hegde is quite a charmer! Hopefully, we get to see her in good movies in future.

Yes.. she is a part of ‘Housefull 4’ and will start shooting soon..