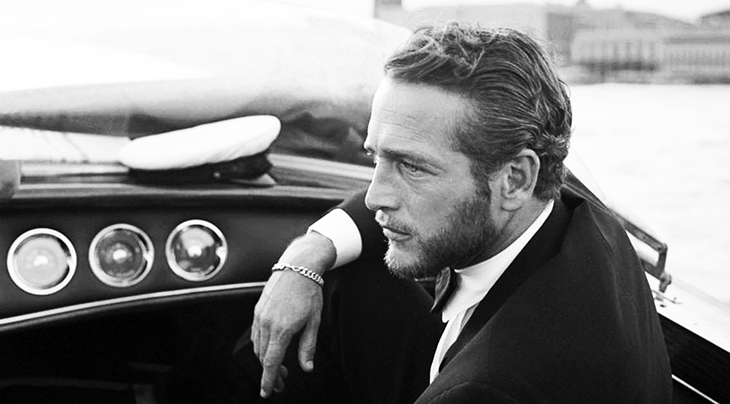 If you type this on your Google search bar: “Which man was disqualified from serving as a pilot during World War II because of colour blindness?”, you will promptly get ‘Paul Newman‘ as the result. If you just close your browser’s tab and walk away with that piece of information, what you will essentially be doing, is scraping a milligram of ice from the tip of a giant iceberg. After all, there was so much more to Paul Leonard Newman than a colour blindness induced disqualification from a pilot’s position. During his 83 years of existence on this planet, Newman was an Oscar winning actor, a film producer and director, race car driver, successful entrepreneur (also owned an IndyCar team) and a philanthropist (with donations totalling up to $535 million in 2018).

Which movie did Paul Newman win an Oscar for?

Paul Newman was nominated for the Academy Awards nine times, winning it for his role as Fast Eddie Felson in the 1986 movie, The Color of Money. He also won a BAFTA award, a Screen Actors Guild Award, a Cannes Film Festival Award, an Emmy Award and many others over his illustrious career.

Paul Newman also played leading roles in famous movies such as Cool Hand Luke, Hud, Harper, Butch Cassidy and the Sundance Kid, The Sting, The Hustler, Slap Shot, The Verdict and The Life and Times of Judge Roy Bean. Millennials unfamiliar with his previous work might be able to recognize his work as the voice actor for Doc Hudson in Disney-Pixar‘s Cars franchise. In 2017’s Cars 3, Newman’s previously unused voice recordings were used.

Moving onto his successful stint in the world of real life Motorsport, Newman was a winner of multiple national championships during his stint as a driver in Sports Car Club of America road racing. As a team owner in the world of open wheel IndyCar racing, he led his teams to several championships. Paul Newman’s interest in motor racing was born during his training sessions at the Watkins Glen Racing School, as a part of the preparation for his 1969 movie, Winning. In Newman’s own words, motorsports was ‘the first thing that I ever found I had any grace in’. His fierce love and passion for racing led him to host and star his first television special in 1971, Once Upon a Wheel. He discretely entered his first professional race as ‘P.L. Newman’, a name which he continued to use throughout his racing career.

Paul Newman won a total of four national championships in the Sports Car Club of America. He even went on to participate in the brutal 24 hours of Le Mans in 1979. He finished in second place while driving Dick Barbour’s Porsche 935.

Between the mid 70s and the early 90s, Paul Newman regularly drove for the Bob Sharp racing team, driving Datsuns (now known as Nissans) in the Trans-Am series. Such was his association with Datsun/Nissan that he even appeared in Japanese commercials for the brand. Nissan ultimately honoured him by naming a special edition of their legendary Skyline range after him.

Paul Newman continued racing well into his old age. He won his class at the 1995 24 Hours of Daytona. He was 70 years old at that time, making him the oldest winner in a major sanctioned race in history. Newman continued to race into his 80s, winning his last race at Lime Rock. He drove a Corvette with the number 81, representing his age. He famously said he would quit ‘when I embarrass myself’.

How tall was Paul Newman?

One of the funniest and strangest anecdotes associates with Paul Newman was the story of his height. While the New York Post reported that Newman was 5’8″, Newman claimed that he was closer to 5’11”. As per columnist Richard Johnson: “Anyone who has met Paul [Newman] face to face says he has never hit 5-foot-11 except in heels. Page Six hereby offers $1000 to Newman’s favourite charity or political candidate for every inch he measures over 5-foot-8 – bare foot”.

What year was Paul Newman born?

Most people in human history haven’t excelled in two different fields the way Paul Newman has done. However, that’s not all. To conclude this post, let’s hearken back to its beginning. Paul Newman was born on January 26ty, 1925. Newman was denied a pilot’s position during the Second World War because of his colour blindness, but there is a lot more to that story as well.

During the Second World War, Newman enrolled in Yale University‘s V-12 pilot training program. However, once his colour blindness was discovered, he was forced to leave the program. However, that wasn’t the end of Paul Newman the soldier. He joined a boot camp and trained as a radioman and rear gunner. Much to his delight, he was selected to work on torpedo bombers. Aviation Radioman Third Class Newman was stationed at Barbers Point, Hawaii to serve in the Pacific Theatre of the Second World War. He was eventually assigned to VT-98, VT-99 and VT-100, all Pacific based replacement torpedo squadrons. These squadrons were primarily responsible for the training of replacement combat pilots and air crewmen, specializing in carrier landings. Newman was also a part of 1945’s Battle of Okinawa, assigned to the aircraft carrier Bunker Hill. A few days later, he lost a lot of his fellow service members in a kamikaze attack.

How and when did Paul Newman die?

After the War, Paul Newman started his journey to become one of the most legendary and iconic popular figures of the twentieth century. In June 2008, reports of Newman’s lung cancer diagnosis had spread. He received treatment at New York City’s Sloan-Kettering hospital. However, he passed away on September 26, 2008.

Between the years 1925 and 2008; Paul Newman played a hero on the screen and lived the life of an even bigger hero off it. A true legend of our time.

Is Cross-Platform the Future of Gaming?