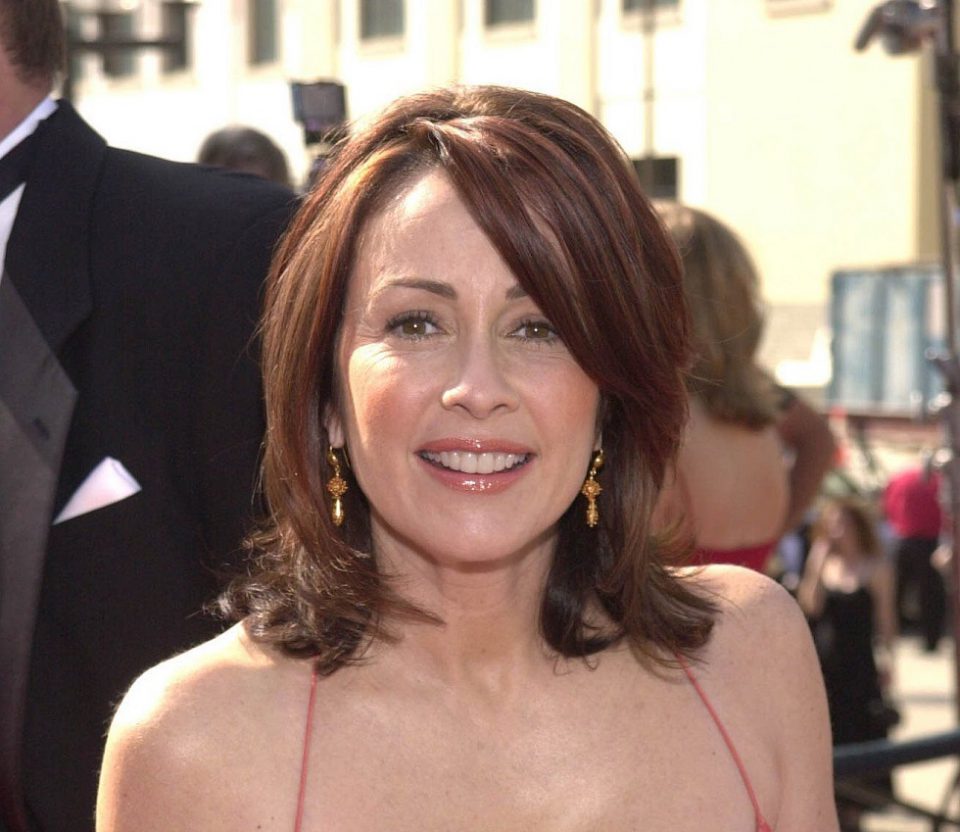 American actress and comedian Patricia Heaton is most known for her lead role as Debra Barone in the sitcom Everybody Loves Raymond (1996–2005) and as Frances “Frankie” Heck on the sitcom The Middle (2009–2018). On both shows, she plays the ever so loving, cheerleader mother that moms all over the world can relate to. Not only that, people all over the world have enjoyed her long line of work in Everybody Loves Raymond so much that they even learned to speak English from the translation!

Patricia Heaton was born as Patricia Helen Heaton in Bay Village, Ohio. On March 4, 1958, she became the daughter of Patricia (née Hurd) and Chuck Heaton. Her father was a famous sportswriter for The Plain Dealer. Her mother died of an aneurysm when the actress was just 12 years of age. The fourth of five children, Heaton was raised as a devout Catholic.

Patricia Heaton has three sisters, Sharon, (now a Dominican nun, and presently assistant registrar at Aquinas College (Tennessee) in Nashville), Alice, and Frances, and one brother, Michael, who is the “Minister of Culture” columnist for The Plain Dealer and a writer for the paper’s Friday Magazine.

Heaton attended Ohio State University, where she was a member of the Delta Gamma Sorority. She graduated from the university, earning a Bachelor of Arts degree in drama. In 1980, she moved to New York City to continue her drama studies with the teacher William Esper. In 1987, she made her Broadway debut, appearing in the chorus of Don’t Get God Started. After her first performance, she and her fellow students created the acting troupe Stage Three. Stage Three brought their productions to Los Angeles.

Her performance in their first production ‘The Johnstown Vindicator’ caught the eyes of casting directors. She then got a recurring role in ‘thirtysomething’ and a starring role in the series ‘Someone Like Me’ (1994) and the movie ‘Miracle in the Woods’ (1997).

She was cast as the oncologist on the show and made six appearances on the show between 1989 and 1991. After her first appearance, she was also a guest actor on Alien Nation, Matlock, The King of Queens and Danny Phantom. Her first movie project was in 1992 when she starred in Memoirs of an Invisible Man. The same year, she also performed in Beethoven, which was followed by 1994 film The New Age and 1996 film Space Jam

Heaton was the main actress in three short-lived sitcoms- Room for Two, Someone Like Me and Women of the House. After these shows ended, she was cast in the lead role for the show Everybody Loves Raymond. The show was a major success and earned Heaton Primetime Emmy Award nominations for each of the seven last seasons. She won the award in 2000 and 2001.

After the successful run of Everybody Loves Raymond, Heaton starred in the Fox sitcom Back to You, but the show was canceled in 2008. During her career, she starred in several television movies like A Town Without Christmas, The Goodbye Girl and The Engagement Ring. She also performed in the documentary drama The Path to 9/11.

In 2005, Heaton made her debut as a producer with the documentary The Bituminous Coal Queens of Pennsylvania. Her husband directed the movie. In 2007, she returned to the stage, starring in the off-Broadway play The Scene in New York. For her performance, she was nominated for the Lucille Lortel Award for Outstanding Lead Actress. In 2009, Heaton began starring in the ABC comedy The Middle.

Since 1990, Heaton has been married to the British actor David Hunt. The couple has four sons. All of Patricia Heaton’s kids were born in the ’90s with their oldest son, Samuel David, born in 1993. John Basil was born in 1995, Joseph Charles in 1997 and the youngest, Daniel Patrick, in 1999.

In 2002, Heaton released her biography Motherhood and Hollywood: How to Get a Job Like Mine. She has been honest about having plastic surgery after her four C-sections.

In 2012, Heaton was honored with a star on the Hollywood Walk of Fame. She is a supporter of pro-life groups and causes and stands against abortion, euthanasia and death penalty. She is the honorary chair of Feminists for Life, organization opposing abortion and embryonic stem cell research. Heaton openly supports gay rights.

The actress revealed that cosmetic surgeries make her feel confident and her best self. She told people.com, “I had four C-sections. I gained 50 lbs with every kid, and I’m 5’2″. Wasn’t pretty. It just does something to your body.” She has reconstructed her tummy, which she says has made her feel better.

Heaton is a consistent life ethicist and is vocally supportive of groups and causes opposing abortion, euthanasia, and the death penalty. Her advocacy became particularly clear during the debate regarding the Terri Schiavo case. In addition, Heaton is honorary chair of Feminists for Life, an organization which opposes abortion and embryonic stem cell research and supports other anti-abortion causes on the basis of feminism.

She is a registered Republican.

Heaton openly supports gay rights and has publicly stated that she is not against same-sex marriage.

Heaton was mentioned in an advertisement in the Los Angeles Times (August 17, 2006) that condemned Hamas and Hezbollah and supported Israel in the 2006 Israel-Lebanon conflict.

In October 2006, Heaton appeared in a commercial opposing a Missouri state constitutional amendment concerning embryonic stem cell research, which subsequently passed. The advertisement was a response to the election of Democratic Senate hopeful Claire McCaskill and aired at the same time as Michael J. Fox’s advertisement supporting the amendment. Appearing with Heaton were actor Jim Caviezel, St. Louis Cardinals pitcher Jeff Suppan, Seattle Mariner Mike Sweeney, and St. Louis Rams/Arizona Cardinals quarterback Kurt Warner. Following a public outcry, Heaton later said she regretted doing the ad and sent an apology to Fox, saying she was unaware of his ad. Fox accepted her apology and later stated, “If we can have a healthy dialogue about issues that people see differently, that’s marvelous.”

Although a Republican, Heaton also voiced her disapproval of then-presidential nominee Donald Trump in 2016: “If he’s the nominee then it won’t be my party.” She later stated that she had “given up politics” following the election, but continued to express her admiration for Mitt Romney.

Hope you enjoyed these quick facts about the life of Patricia Heaton!

Gambling Ages Across the Globe: How Old Do You Have to Be for Gambling?