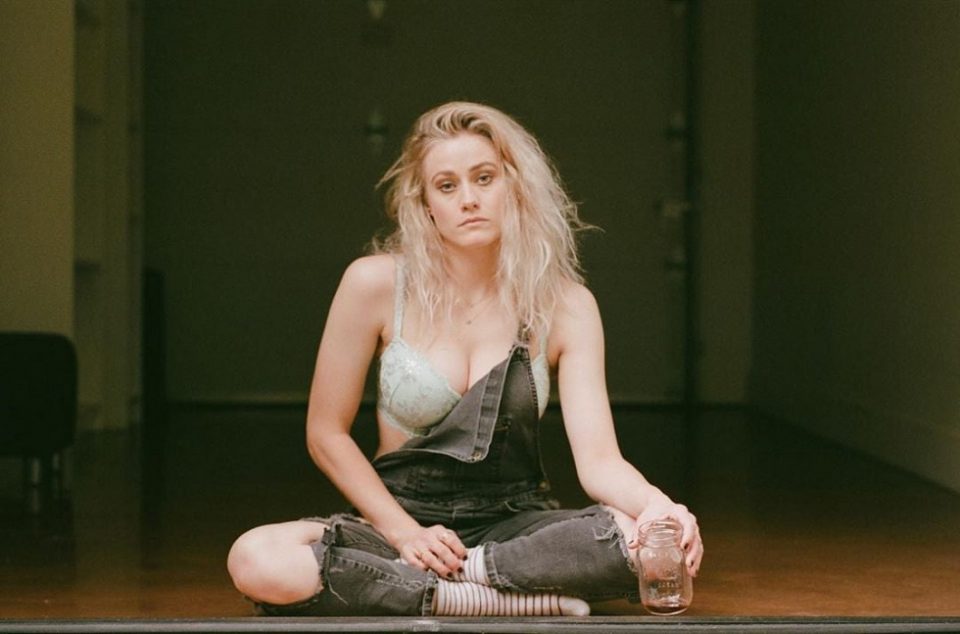 Olivia Taylor Dudley is a famous American actress who rose to prominence as a horror film actress for her roles in movies like Chernobyl Diaries (2012), The Vatican Tapes (2015) and Paranormal Activity: The Ghost Dimension (2015). Olivia Taylor Dudley also had an acclaimed role in the Syfy fantasy series The Magicians. She also did some popular work on the internet sketch group 5-Second Films. Let’s find out more about this actress.

Olivia Taylor Dudley: All You Need to Know

When was Olivia Taylor Dudley born?

Olivia Taylor Dudley was born in the year 1985 in the town of Morro Bay, California. The gorgeous actress also happens to be a sci-fi nerd.

Where did Olivia Taylor Dudley study?

Olivia Taylor Dudley was homeschooled between seventh and 10th grade.

What is Olivia Taylor Dudley’s religion?

Olivia Taylor Dudley isn’t very religious and considers TV and film as her religion. She is a huge fan of Call Me by Your Name and Game of Thrones. As a modern pop culture consumer, she is very similar to her fans.

Olivia Taylor Dudley’s first ever major film role was in the 2012 thriller flick, Chernobyl Diaries. Next year, she was cast as possession victim Angela Holmes for the demonic possession drama, The Vatican Tapes.

Olivia Taylor Dudley’s portrayal was well received and reputed New York Times reviewer Nicolas Rapold rated her performance quite highly. Some of the other popular movies that Olivia Taylor Dudley has starred in, are Chillerama, Paranormal Activity: The Ghost Dimension, Dumbbells, The Barber, and Dude Bro Party Massacre III.

Olivia Taylor Dudley has appeared on TV shows such as CSI: Miami and Arrested Development. Her most popular TV role was on the 2015 Syfy fantasy drama series The Magicians, where she played the role of Alice. In 2016, Olivia Taylor Dudley also starred alongside David Duchovny in the second season of NBC’s hit show, Aquarius.

What is Olivia Taylor Dudley’s net worth?

Who is Olivia Taylor Dudley dating?

Is Olivia Taylor Dudley going to become a producer?

The modern Hollywood landscape gets heavily criticized for its bottom line practicality and its lack of originality. As more and more sequels and remakes come out, people complain that it feels like they were put together on an assembly line of studio executives pouring over data sheets and demographic info. Maybe the panacea for all these problems is a good old dosage of fanhood and sci-fi nerd and popular actress Olivia Taylor Dudley might end up being the source for it. The 32-year-old California born actress is most well renowned for her role of Alice Quinn on Syfy’s The Magicians. However, unlike many actors in the industry, she is also a huge fan of the entire entertainment world. Olivia Taylor Duddley glides effortlessly between the highs of Shameless to her favorite Friends character (Chandler). She is also a Superman superfan and loves talking about the pros and cons of comedy and drama. She definitely loves movies and television shows. Olivia Taylor Dudley expressed her love for TV and films and talked about how she needed to catch up with Game of Thrones:

“I love TV. I could sit and watch TV and movies all day long. It’s really all I do when I’m not working. And I’m still behind, it’s so frustrating.”

One of the biggest reasons why Olivia Taylor Dudley was lagging behind when it came to Game of Thrones is her rigorous shooting schedule for The Magicians and upcoming production work with the Russo Brothers.

Olivia Taylor Dudley isn’t just a casual fan either. Her love is all-encompassing, stretching from little-seen arthouse dramas to mainstream affairs. Her preferences have helped her gain a foothold in a lot of different pop culture conversations and a lot of knowledge across the Hollywood board. Olivia Taylor Dudley’s versatility serves her well as both an actress and producer. She said:

“I love simple, real stories. I think that’s why I love Call Me by Your Name so much,” she said. “I would just love to tell an intimate story about two human beings, which I’m going to get to do in the movie I’m producing. It’s a very small story. I like things that are simple and moving and real.”

Olivia Taylor Dudley has scoured the industry for interesting stories like Canary, her upcoming film. Helping the stories leap from the page to the screen provides Dudley with a bit more autonomy in an industry notorious for stringent contracts. The process also helps her flex her creative muscles even more, enhancing its appeal even more.

“It’s nice to have a little bit more control, and I love movies and I love filmmaking so much, so it’s not all just about acting for me,” she explained. “To get a hand in all the different parts is a really fun creative process for me.”

The show also happens to be Syfy’s most popular series when it comes to both live viewers and the coveted 18 to 49 demographic. Overall, it’s still small though. The Magicians has, however, helped direct the viewer paradigm surrounding Syfy away from Sharknado and more toward respectable drama.

In this era of Peak TV that will see the number of scripted series surpass 500 this year, every network needs a niche. While self deprecatory movies like Sharknado are great in the “so bad it’s good” manner, stuff like The Magicians does a great job of instilling more creative faith.

“It’s exciting to see the turn [Syfy] has made in the last couple years,” Dudley said. “I think Magicians has really helped it get into more homes, and we get a bigger female audience than any of the other shows, which is really exciting.”

She added: “We have all these powerful, intelligent women on the show representing real women, and I think that that really made a shift for Syfy… They’re doing some really amazing stuff over there.”

As they say in La La Land, people love what other people are passionate about. Dudley’s passion is quite clearly quality shows and movies. She’s an actress and producer, but she’s also a fan and a proud couch potato. Hopefully, all of that passion seeps into her upcoming work.

“Being moved by something, there is just really nothing better than that,” she signed off.

15 Unknown Facts About Sophie Turner From Game Of Thrones