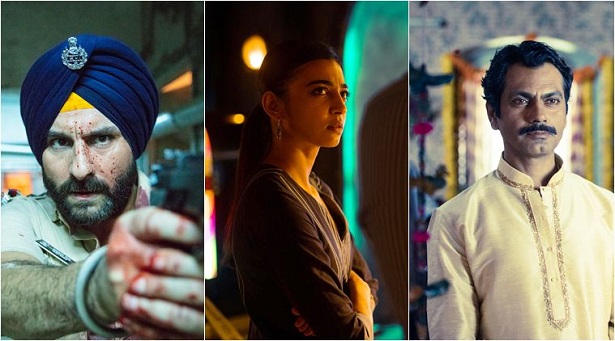 Coming is the time of “Netflix” no matter if its India or any part of the world. The pace of the growth of digital channels has been raising. According to the recent numbers, around 2 million Indians enjoy the entertaining Netflix every evening. With Netflix entering the Indian market, some major giants like Hotstar, and Amazon Prime are facing tough competition.
Netflix has been moving at a good development phase. In February, Netflix made an announcement that the company will be launching three new original series on the soil of India. All these three series are completely different right from scary, supernatural to the thriller. Also, there was one separate announcement stating the release of 4 other shows including the comedy and anthology themes.
As per the studies by the CISCO, around 780 million smartphones have been estimated to be connected in India by the year 2021. India has also managed to replace the U.S. to become the second-largest smartphone market right after China. The estimated number of internet traffic is tremendous and this is the reason why India is one of the prominent countries for any video and online content company.

Recently a huge noise hit the Indian Internet traffic when Netflix launched “Sacred Games”. The series with 8 episodes depicting the Mumbai’s seedy underworld this July on 6th. The series with completely Indian Caste including well-renowned Bollywood stars have managed to get the attention of millions of Indian subscribers. The entire series is a serious reflection of the famous novel by Vikram Chandra in which the story of a Mumbai Police officer (paid by Saif Ali Khan) investigating criminal ganglord (Nawazuddin Siddiqui’s role in the series).

The reason why legalities of India got involved

Although the show is doing impeccably good in India, this dark crime drama series by Netflix is a bit out of line as per India’s Censor Board. On the grounds of the show consisting of violence, obscene language, sex scenes, and even smoking scenes without warning, Netflix has been issued the notice from the legal team. The scene where Nawazuddin Siddiqui insulted the former Prime minister “Rajiv Gandhi” led Mr Rajiv Kumar Sinha, an opposition Congress Party politician from Kolkata lodged a police complaint against Netflix.
The scene disrespecting Rajiv Gandhi have started the war among the two Indian Political parties – BJP and Congress Party. The real question here is whether this is a serious crime for a fictional character to be in the character and insult former PM or not?
Let’s see where it drives the famous Netflix.