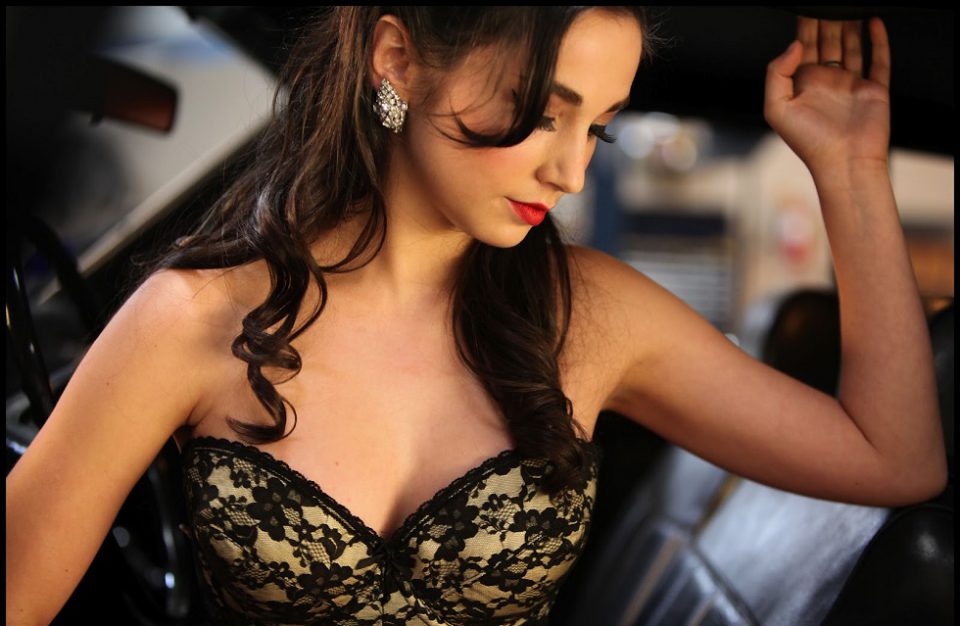 Molly Ephraim gained immense popularity and fame as the daughter of Mike Baxter on the sitcom Last Man Standing, but not many know that she’s had a memorable career even though she has barely just hit her early thirties.

For most teenagers juggling work and school can be a task few are ready to undertake. At such an age it usually means more to attend parties than it is to partake in extracurricular activities let alone do actual work. Lucky for us fans, Molly Ephraim saw fulfilling her dreams as an actress. And at a young age even showed the willingness to achieve whatever it took to fulfill her goals in life.

In 2002, at the age of 15, Ephraim found her first big break as she was cast as Little Red Riding Hood in the Broadway production Into The Woods. The production turned out to be a hit, catapulting her towards future fame.

Born and raised in Philadelphia, Pennsylvania, U.S. Molly is of white ethnicity.

She has Jewish American ancestry. Her identity as a Jewish American has given her a personal take and genuine ability to connect with and play Jewish characters in Broadway productions.  Infact, Ephraim has a degree in Religious Studies.

As a 15-year-old, Molly Ephraim was already succeeding far beyond her years. Since she had an actual career going for her, academic goals are usually in the background as child actors pursue fame and fortune in the bright lights of Hollywood. Many children come from middle class families and a Hollywood career will take care of the bills right now rather than after a college degree.

However, Molly Ephraim saw the importance of education and earning a living. It would have been arduous but after high school, she was given the opportunity to attend Princeton University where she gained a Bachelor of Arts in Religious Studies.

Molly Ephraim had the honor of portraying Anne in The Diary of Anne Frank, a Broadway play.

Not only did she graduate with a BA in Religious Studies, but Molly Ephraim was also Jewish. Bagging the role of Anne Frank would have been a huge deal as in the Jewish community,

She was one of the most notable 15-year-old girls in the history of the world.

Anne Frank was the Jewish German immigrant living in Amsterdam, Netherlands who recorded her family’s struggles as they hid from the Nazis until their eventual capture.

Playing homage to her Jewish Roots, Ephraim proudly told the story of the Jews in Auschwitz and Bergen-Belsen concentration camps where Anne and her sister died of Typhus.

Something about paranormal films and the actors who star in them is so captivating. Even the actors who have supporting roles are embedded in our brains thanks to the effect of horror movies. We want them to get scarier and scarier and that usually leads to multiple branches of the same movie. One of which is Paranormal Activity that has expanded across two decades worth of films including a parody of the original.

Molly Ephraim can be spotted in Paranormal Activity 2 where she plays a frightened tenant of a noisy haunted house where ghosts like to play with the Roomba.

Sadly, it is the nature of the TV and movie industry that just because a show is greenlit for production doesn’t necessarily mean that it will make it on an audience’s television as it is outside of actors and actresses’ control.

Many amazing pilots with compelling scripts are canceled because of financial reasons, one of which was Hench at Home, a TV series written by Michael J. Fox. The premise involved a legendary hockey player who after retiring learns what it feels like to be a stay-at-home dad. Notably, this was going to be Molly Ephraim’s first TV series, but it never made it to air.

Dick Wolf’s legal shows have captivated scores of fans for over three decades. Since the early ’80s there hasn’t been a year that goes by without one of his shows appearing on NBC’s prime-time lineup.

Luckily for Molly Ephraim, when the opportunity came after a successful Broadway career, she decided she would try her hand in television productions where she was first cast in Law & Order’s 10th episode of its 18th season titled “Tango”. She came on as a one-time guest character Anne-Marie Liscomb. Interestingly this was Ephraim’s first televised appearance but wouldn’t be her last.

Hollywood is known as a pretty liberal place with most actors and actresses encouraging progressive street cred at each award show. Conservative voices are a strong minority and liberal elites have more power in the movie industry. As a conservative, Tim Allen was in favor of conservative ideas and has used his character of Mike Baxter on Last Man Standing to further his message to a larger audience.

Molly on the other hand is a noted liberal when it comes to political choices.

9. What is Molly Ephraim Doing Now?

If you’re wondering what happened to Molly Ephraim from last man standing, she has been replaced by Molly McCook who now plays Mandy Baxter.

The changes came for different reasons. Molly E played the role on ABC while Molly M played her on Fox.

As TVLine reported, “Last Man” executive producer said Molly Ephraim “got involved in some different things” after ABC dropped the series in 2017. Therefore the actress was not available when Fox picked up the show this year.

Ephraim was a busy actress and appeared in a supporting role in the 2018 biographical political drama The Front Runner, portraying Irene Kelly. You can also catch her playing Gypsy Rose Blanchard’s attorney in The Act on Hulu. She appeared in the first season of HBO’s Perry Mason. You can also catch her on Modern Family as Libby in Episode: “Snapped”

Why do People use Background Checks?