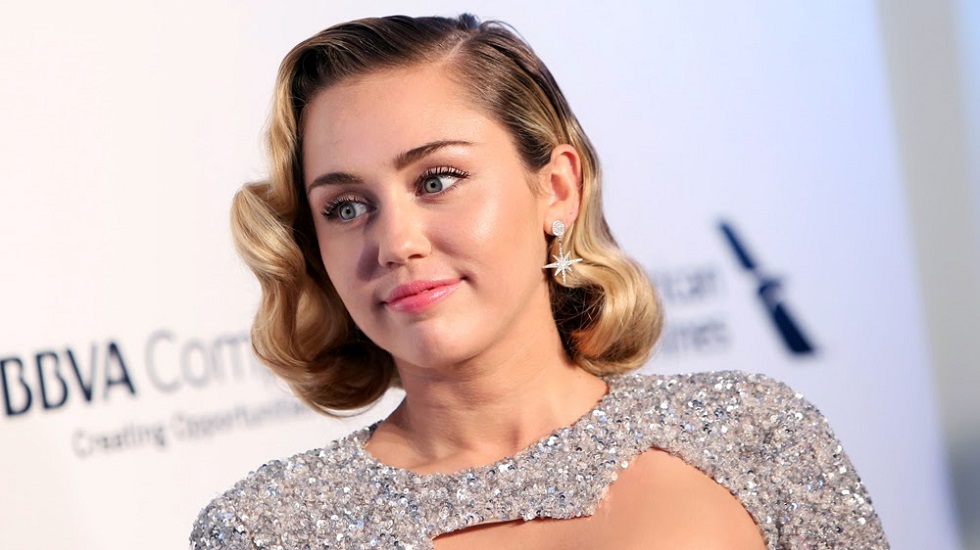 Miley Ray Cyrus is a world renowned American singer, songwriter, and actress. Even though the post’s title calls her a popstar, Miley Cyrus’ music spans a variety of styles and genres such as pop, country and hip hop. After starting off as a teen idol on Disney Channel’s Hannah Montana show, Miley Cyrus underwent a complete image transformation where she started expressing and exploring her sexuality through her music. Miley Cyrus’ music videos, concert performances and general attire and behaviour caused a lot of controversy. She appeared naked in the video of her superhit song Wrecking Ball (the video has over 1 billion views on YouTube).

She is also notorious for using sex toys during her live performances and wearing outrageous and revealing outfits everywhere. However, she claims to be using  her over sexualized image to empower women. Miley Cyrus is one of the most successful child stars turned full time entertainers of all time. She is widely considered to be one of the most successful entertainers in adulthood that originated as a child star. Miley Cyrus was included in Time magazine’s list of 100 most influential people in 2008 and 2014. Miley Cyrus also won MTV’s Artist of the Year in 2013. In Billboard’s Top 125 Artists of All Time List, Miley Cyrus was placed 62nd. The incredibly successful Miley Cyrus’ net worth as of 2020 is $160 million.

When was Miley Cyrus born?

Miley Cyrus was born Destiny Hope Cyrus on November 23rd, 1992 in Franklin, Tennessee. She is the daughter of famous country singer Billy Ray Cyrus. Her mother Tish Cyrus was a famous actress and producer. Miley Cyrus’ parents gave her the nickname Smiley because she used to smile a lot as a baby. Later on, Smiley was changed to Miley. Eventually, Miley Crus changed Destiny Hope Cyrus officially to Miley Cyrus.

Miley Cyrus’ own discography consists of several superhit albums which topped the US charts such as Meet Miley Cyrus, Breakout, and Bangerz. Miley Cyrus also has albums which reached the top five of the Billboard 200 albums chart. Those albums are: Can’t Be Tamed, Younger Now, She Is Coming, and Miley Cyrus & Her Dead Petz which was released for free online streaming on SoundCloud. Miley Cyrus has released several singles which have cracked the top 10 of the Billboard Hot 100 singles list. Some of those singles are Her singles include the US top ten-charting “See You Again”, “The Climb”, “Party in the U.S.A.”, “Can’t Be Tamed”, ”Malibu”, and the chart-topping “Wrecking Ball”. Miley Cyrus is expected to release her seventh studio album in 2020. The album is titled She is Miley Cyrus.

Miley Cyrus is an animal rights activist. She decided to adopt a vegan lifestyle in the year 2014. The very same year, Miley Cyrus established the Happy Hippie Foundation to tackle the problems of homelessness and the plight of the LGBT community.

Who was Miley Cyrus married to?

Miley Cyrus is one of the most successful and popular music stars in the world today. She has sold 20 million albums, 55 million singles and performed in sold out arenas all over the globe. Since the days when she was teen idol on Disney’s hannah Montana, Miley Cyrus hasn’t looked back and has gone on to become one of the most popular entertainers of all time. As of 2020, Miley Cyrus has a net worth of $160 million.

“I am fully committed to Hannah Montana. It’s what gave me this amazing opportunity to reach out to so many people. I’m really excited about our new season. We are making great new episodes that I can’t wait for our fans to see and I’m looking forward to the ‘Hannah Montana’ movie that will be out in the spring.”

“My life won’t be a series of either/ors – musician or actor, rock or country, straitlaced or rebellious, this or that, yes or no. The real choices in life aren’t that simple.”

“I am so excited to let fans in on how important my relationship with my family is to me. I hope to motivate mothers and daughters to build lifetimes of memories together and inspire kids around the world to live their dreams.”

“I’ve got high standards when it comes to boys. As my dad says, all girls should! I’m from the South – Tennessee, to be exact – and down there, we’re all about southern hospitality. I know that if I like a guy, he better be nice, and above all, my dad has to approve of him!”

“If I could get any animal it would be a dolphin. I want one so bad. Me and my mom went swimming with dolphins and I was like, ‘How do we get one of those?’ and she was like, ‘You can’t get a dolphin. What are you gonna do, like, put it in your pool?”

“If I could get any animal it would be a dolphin. I want one so bad. Me and my mom went swimming with dolphins and I was like, ‘How do we get one of those?’ and she was like, ‘You can’t get a dolphin. What are you gonna do, like, put it in your pool?’”

“I love looking out at 27 semis and being like, every single one of those semi trucks is there to put together my stage.”

“Those minutes that I’m on stage are the best! Being there and looking at the crowd and seeing their faces, hearing them sing the positive words from the songs.”

“Some of the worst things that have happened in my career, like things getting leaked, have actually been what’s best for me, because people knew when I was on that show that I was really growing up.”

Miley Cyrus has been one of the most popular entertainers in the world from a very young age. She was a teen superstar through Hannah Montana and has gone on to become an even bigger superstar as an adult. Her albums and singles have sold in the millions. Miley Cyrus has also been an outspoken advocate for the LGBT community and has even written songs about her gay friends. She is only 27 years old and is expected to become even more popular in the future. As of 2020, Miley Cyrus’ net worth is $160 million.