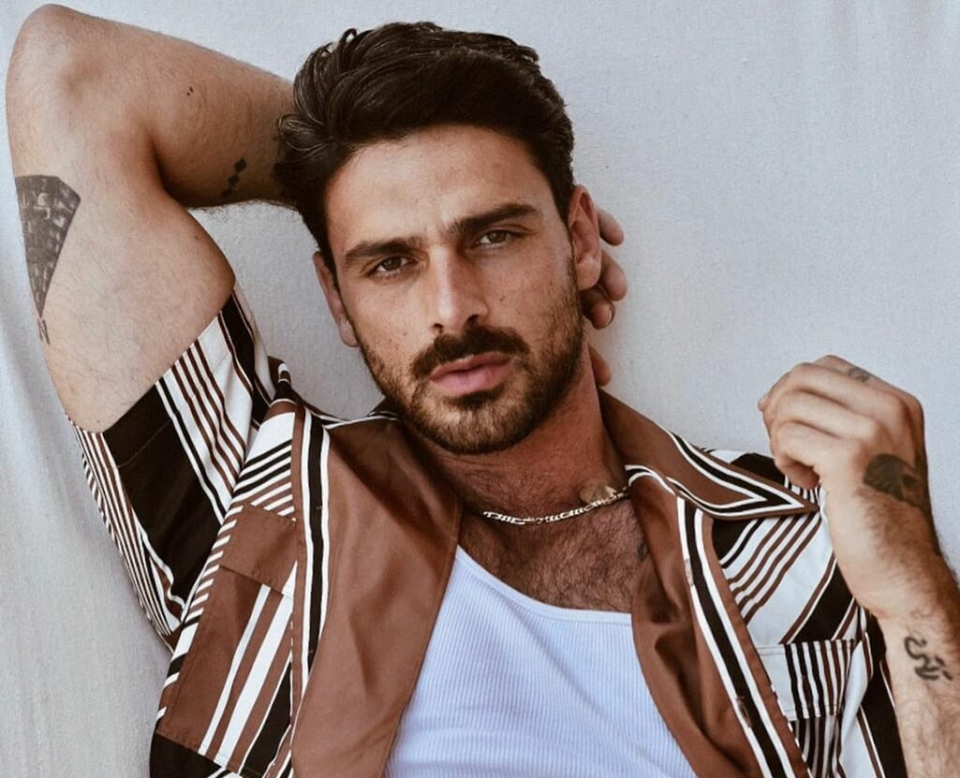 Since starring in the now super-popular Netflix film ‘365 Dni’, Michele Morrone has stolen the hearts of many! The 30-year-old Italian actor found newfound fame so there’s a lot of interesting facts to get to!

As an actor, singer, model trying to make it on an international level it is very important to know English and so it’s not shocking to know that Michele speaks fluent Italian and English. His songs are mostly sung in the English language.

Michele Was Born In The Italian Municipality Of Melegnano

Michele Morrone is an Italian who comes from a big family – in Melegnano, a small city with 15 thousand inhabitants near Milan – where he was born. The 30-year-old doesn’t talk much about his family, but he grew up in a busy household since the actor has four siblings (three sisters and a brother, who work in the photography field). His father worked in construction and died when he was only 12 years old. There is no information about his mother, however. The 365 Days actor is still living in Italy, and he never mentions if he has the intention to move to another country after his overwhelming success.

The 30-year-old Italian actor might not talk much about his siblings and parents, but he is more open when it comes to talking about his children! He has two boys, Marcus and Brando Morrone, who look exactly like their father Michele!

The 365 Days actor once opened up and said that when his children moved away, it was a breaking point in his life. Perhaps this is why he values his time, memories, and photos with his kids which he often shares on social media. He also made a live show with one of his kids, and they seem to have a fantastic bond!

Michele Morrone Is Divorced and Single

Michele Morrone was married to the Lebanese fashion designer Rouba Saadeh from 2013 until 2018, and they had two children together. His ex-wife Saadeh is the founder of the lifestyle brand Le Paradis Des Fous, and her connection with fashion also might have influenced Michele, since he loves clothing and apparel as well!

The Italian actor doesn’t hold back in talking about how their split affected his life. The marriage only lasted four years and they got a divorce in 2018. On his Instagram, he mentioned that the divorce took quite a toll on him and he had severe depression after.

The internationally successful actor said, “A year and a half ago I was about to leave everything, I didn’t want to act anymore. I was in a severe state of depression after divorcing my wife.”

He Almost Gave Up On Acting And Worked As A Gardener

After his divorce in 2018, Michele nearly gave up on his acting career, even taking up gardening to pay the bills. He said: “I found work as a gardener in a remote village of 1000 inhabitants because I had no more money in my pocket.” But thank goodness that he didn’t let the divorce cripple his career.

Fortunately, not long after, he was cast to play the mysterious Massimo and became a phenomenon worldwide.

“But life is strange, when you’re down destiny puts the right train in front of you, and if you’re strong you can take it. Always believe in yourself… ALWAYS,” the 365 Days actor posted on Instagram. Life can change in a heartbeat, and he is the proof of that!

He Is A Very Talented Musician

Michele Morrone mesmerized the Netflix audience with his acting skills and looks, but he is also a very talented musician.  Few people outside Italy know that he is also a singer and one of his songs is even in 365 Days!

The 30-year-old actor also released his debut project entitled “Dark Room” which he recorded in early 2020 while he was preparing himself for the movie premiere. Four songs from the album: “Hard for me”, “Feel it”, “Watch me burn” and “Dark room”, became scores in “365 Days”.

Talking about the album, he shared: “There are many songs that talk about my life. For example, I wrote a song about my dad, which is one of my favourites from the album. I tried to build up a dialogue between me and my dad. Actually, I tried to imagine what he would tell me and that’s very important to me.”

“Then I wrote a song for my ex-wife. Another one talks about a friend of mine who just disappeared for a year without saying anything to anybody,” the Italian singer/actor added.

He Is An Artist As Well

Michele is an actor, model singer, horse-rider, and……a complete package as he is also an artist.

30-year-old Michele is an avid horse rider and the Italian actor even apparently has a horse of his own.

Michele told The Western Journal: “I decided to get involved in this film, although of course, I had to rethink this decision. It was an opportunity for me to go beyond Italy, start an international career. And as you can see, it paid off”

Polish actress Anna-Maria Sieklucka, who shared the screen with Michele Morrone in 365 Days, said that she could not imagine someone else playing the role of Massimo in the film. The actor was not humble, and he agreed immediately. “There is just one Massimo,” our Italian hunk said in a live transmission on social media.

The Actor Also Took Part In “Dancing With Stars” In Italy

Michele Morrone was one of the contestants in Ballando con le Stelle, the Italian version of Dancing With The Stars in 2017 and he nailed it. The actor and dancer Ekaterina Vaganova seemed to get along very well.

He Was Already Famous In Italy But Gained 2. 2 Million Followers In 2020

The world got to know Michele Morrone in 2020, but he was already famous in Italy since 2015 with small roles, but in 2017, he got his first relevant work in the television series, Sirene.

Speaking of his acting career, he first began by doing small roles in theatre plays and gaining experience in the field through auditions for cinema at that point of time. He acted in ‘Il tempo di una sigaretta’. Michele Morrone has also featured in a drama show named ‘Che Dio co aiuti’. In 2012, the actor got selected for a lead role in ‘E la vita continue’. Some of his projects include El juicio (Il processo), Come in Delfino, Renata Fonts, Squad 6, Medici, The Process, Milly Carlucci and more.

He became famous after performing the lead role of Massimo in 365 Days in 2020.  Polish actress Anna Maria Sieklucka was also a part of the film and she played the role of Laura.