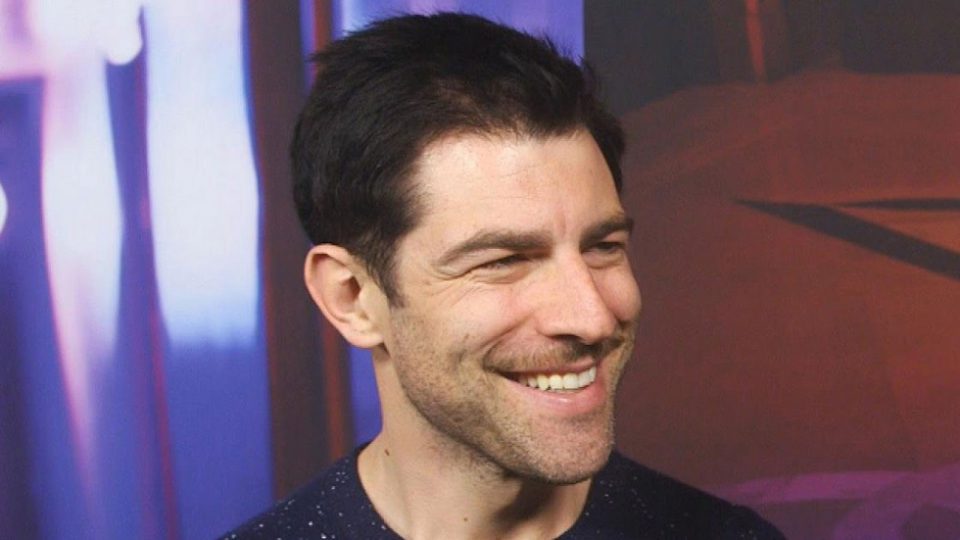 Max Greenfield is an American actor, best known for his portrayal of ‘Schmidt,’ a ladies’ man with a heart of gold, in the sitcom ‘New Girl.’ Max Greenfield was born and raised in New York. He started his acting career right after graduating high school. His filmography includes a significant number of TV and film projects, some of which have earned him immense accolades. In his later career, Max Greenfield portrayed a few real personalities, for which he received a lot of praise from critics. Some of his acclaimed roles have come in ‘The Assassination of Gianni Versace: American Crime Story’ and ‘American Horror Story: Hotel.’ Some of his other prominent projects are ‘The Big Short,’ ‘Veronica Mars,’ ‘Hello, My Name is Doris,’ ‘The Glass Castle,’ and ‘A Futile and Stupid Gesture.’ Currently, Max Greenfield plays the lead role in ‘The Neighborhood.’ He has another film in the pipeline. Max Greenfield made his debut as a producer with the series ‘The Gentlemen’s League.’ He is actively involved in several charitable activities and has supported several causes, such as cancer, creative arts, education, environment, and literacy. Max Greenfield is married and has two children. Let’s find out more about this famous actor.

Max Greenfield: All You Need to Know

When was Max Greenfield born?

Max Greenfield started his acting career in 2000, with the MTV anthology Undressed. He was seen as ‘Victor’ in three episodes of the series. Later, he made brief appearances in the drama ‘Boston Public’ and the ‘The WB’ “dramedy” ‘Gilmore Girls.’

Max Greenfield made his film debut in 2004 in the short drama “Cross Bronx”. He played the role of Ike Green. After that, he landed a recurring role in the teen noir mystery drama Veronica Mars. Until 2007, he appeared as Leo D’Amato for a total of 11 episodes. In the Rob Thomas film adaptation in 2014, Max Greenfield reprised his TV role and was introduced as the new Sheriff’s Deputy.

Max was next seen in the 2005 comedy film ‘When Do We Eat?’ The movie featured him as ‘Ethan,’ a failed businessman turning into a religious Hasidic Jew. In 2007, Max played the younger version of the character ‘Sandy Cohen,’ the protagonist portrayed by Peter Gallagher, in the ‘Fox’ teen drama series ‘The O.C.’

Max Greenfield also appeared on the ABC family drama, Greek. He played the role of Michael on five episodes. Michael served as the romantic interest of Paul James’ character Calvin. In 2009, he also played the recurring role of David Steinberg on Raising the Bar, a legal drama on TNT.  Max Greenfield also voiced the characters of ‘Boo Boo’ in the ‘Fox’ animated sitcom ‘Bob’s Burgers’ (2013 to 2016) and ‘Kipper’ in ‘All Hail King Julien: Exiled ‘ (2017).

In the 2014 drama About Alex, Max Greenfield appeared as a crestfallen Ph.D candidate, Josh.  Following this, he played ‘John Fremont,’ the title character’s (played by Sally Field) colleague, in the 2015 romantic comedy ‘Hello, My Name Is Doris.’ Max had a recurring role (eight episodes), as ‘Nick Pepper,’ in the comedy–drama ‘Ugly Betty.’

In 2015, Max Greenfield essayed the character of an immoral Florida-based mortgage broker fond of targeting strippers in the 2015 biographical comedy–drama ‘The Big Short’. The movie featured Hollywood stalwarts such as Ryan Gosling, Christian Bale, Brad Pitt and Steve Carell. It was based on the Michael Lewis novel ‘The Big Short: Inside the Doomsday Machine.’

Max began playing the breakthrough role of ‘Schmidt’ in the ‘Fox’ sitcom ‘New Girl’ in 2011 and continued playing the role till 2018 (for seven seasons). His character underwent a dramatic transition, from being an obese ‘Syracuse University’ student to becoming an overly confident ladies’ man. Later in the series, ‘Schmidt’ turned into a successful marketing associate in a female-dominated office and began living with Jess (Zooey Deschanel).

His portrayal of ‘Schmidt’ earned Max three ‘Best Supporting Actor’ nominations, one each for the ‘Critics’ Choice Television Award,’ the ‘Golden Globe Award,’ and the ‘Primetime Emmy Award.’ The same role also helped him earn a ‘Teen Choice Award’ nomination for ‘Choice TV Scene Stealer – Male.’ Initially, Max was not confident about his character in the series and had expressed his apprehension about the audience’s reaction. Schmidt was also the first series character that the fans and critics appreciated in unison.

Max Greenfield did a series of TV commercials for ‘McDonald’s,’ all released in May 2015. In the 2016 3D animated movie, Ice Age: Collision Course, Max Greenfield voiced the character of Roger. He became a producer and director in 2010, with the reality series ‘The Gentlemen’s League.’ He appeared in two episodes of the series with his friend, actor Jerry Ferrara. The series documented his real-life fantasy football league. Following this, he co-produced the 2017 comedy flick ‘Fist Fight.’

Max Greenfield played ‘David,’ a rich and powerful man who dates ‘Jeannette Walls’ (played by Brie Larson), in the 2017 biopic ‘The Glass Castle.’ He was paired opposite Mandy Moore in the 2017 drama ‘I’m Not Here.’

In 2018, Max Greenfield also appeared in the role of Chris Miller in the comedy-biopic ‘A Futile and Stupid Gesture.’ The movie was based on the  novel by Josh Karp and featured Max Greenfield playing the real-life author and screenwriter who gained fame for his association with the humor magazine ‘National Lampoon’ and for writing the comedy film ‘Animal House.’

Max Greenfield also played a gay man named Ronnie Holston in season 2 of The Assassination of Gianni Versace: American Crime Story on FX. Currently, he appears alongside Beth Behrs (of 2 Broke Girls fame) on the CBS sitcom ‘The Neighborhood’.

In 2019, Max appeared as ‘Kevin’ in the romantic comedy ‘What Men Want.’ His character was that of ‘Ali’s (played by Taraji P Henson) co-worker at her agency, ‘Summit,’ who later becomes an agent. Max Greenfield will be seen in the upcoming drama thriller ‘Promising Young Woman.’

Who is Max Greenfield married to?

How many children does Max Greenfield have?

Who is Max Greenfield’s dream co-star?

What are some charity organizations that Max Greenfield is associated with?

Max is associated with several philanthropic causes and organizations. He supported the ‘Young Storytellers Foundation,’ a Los Angeles-based arts education non-profit organization. Max’s children are the prime inspirations for all his charitable endeavors. The actor has been a guest editor for ‘Academy Award’-winning actor Gwyneth Paltrow’s website, ‘Goop.’ Some of the other organizations that Max has supported are ‘Milk+Bookies,’ the ‘Motion Picture & Television Fund Foundation,’ ‘Stand Up To Cancer,’ and ‘The Nature Conservancy.’