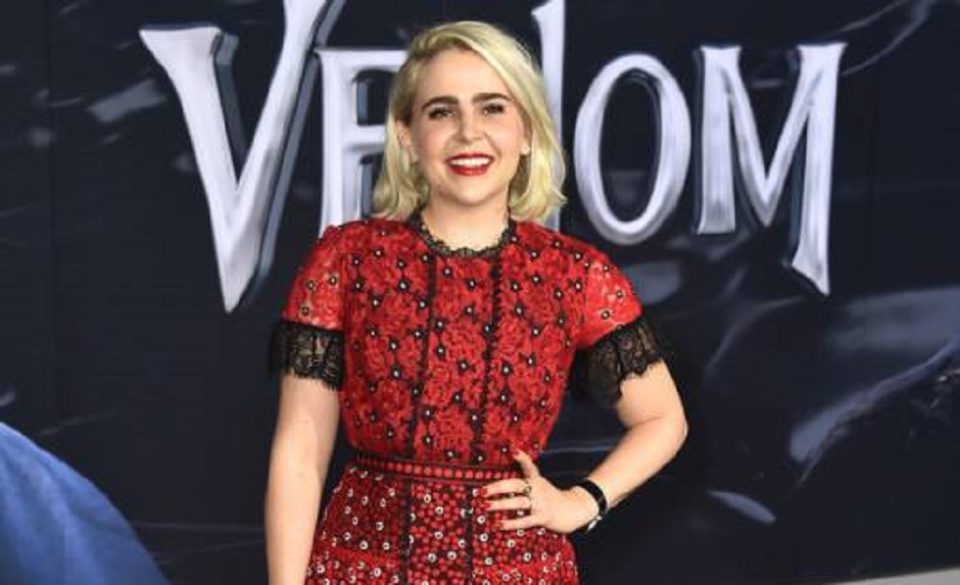 Mae Whitman, the award-winning actress and singer, got famous after starring on NBC’s Good Girls as Annie Marks in 2018. Mae Whitman started her acting career at the age of two, so she has a wealth of experience in the entertainment industry. The actress has not only won many awards but also people’s hearts over the years!

Who is Mae Whitman married to?

Currently, the actress isn’t married. Mae Whitman seems to prefer to keep her relationships private and that could be because most of her boyfriends have been actors, she’s even rumored to have dated a few of her co-stars.

Other people that Mae Whitman dated have been musicians. Musician Dov Tiefenbach is rumored to be the Good Girls star’s current beau.

Actress Mae Whitman has reportedly been in a relationship with Dov Tiefenbach since 2008. He is a Canadian actor and musician.

Is Mae Whitman a mother?

No, Mae is not yet a mother. Most people assume that she got pregnant because she told Ryan on the set of Parenthood that she was carrying his baby. In the show, Ryan (Matt Lauria) was Mae Whitman’s partner.

Years before she played Amber Holt on Parenthood, Mae Whitman appeared in two episodes of Grey’s Anatomy as a patient named Heather Douglas. A teenager, Heather is bitter over her seemingly dire condition, but gets new hope thanks to Izzie.

How much is Mae Whitman worth?

The actress has an estimated net worth of $1 million. Most of her income has been generated by the time she was a teenager!

Who does Mae Whitman voice?

She established herself as a prominent voice actor in children’s film and television for her vocal performances as Shanti in The Jungle Book 2 (2003), Rose/Huntsgirl on American Dragon: Jake Long(2005–2007), Katara in Avatar: The Last Airbender (2005–2008), Tinker Bell in the Disney Fairies film franchise (2008–2014), Wonder Girl / Cassie Sandsmark in Young Justice (2012-present) and Amity Blight in The Owl House (2020-present).

How old is Mae Whitman?

Mae Whitman is currently 32 years old in 2021. The actress whose full name is Mae Margaret Whitman was born in Los Angeles, California, United States of America, on the 9th of June 1988. Her Zodiac sign is Gemini, her nationality is American, and she has both German and English roots.

What does Mae Whitman play in?

She started her acting career at a very young age. The actress first stepped into the acting industry at the age of two years. She did a voice-over for a Tyson Chicken commercial. Since she could not read at the time, Andrew Magarian, an acting coach, assisted her to memorize her lines.

Later, she officially kicked off her acting career at the age of six years. Mae Whitman’s young age did not stop her from exploiting her talent. Today, there are numerous Mae Whitman movies and TV shows. She is a versatile actress who portrays different characters very well.

The actress has appeared in the following television shows so far:

Besides television shows and movies, the actress has also featured in several video games, including EverQuest II, Kingdom Hearts III Re Mind, and Prey.

The songs that Mae has sung guest vocals or recorded include the following:

Staying Safe While Gambling: What You Need to Consider

30+ Companies That Filed for Bankruptcy in 2020