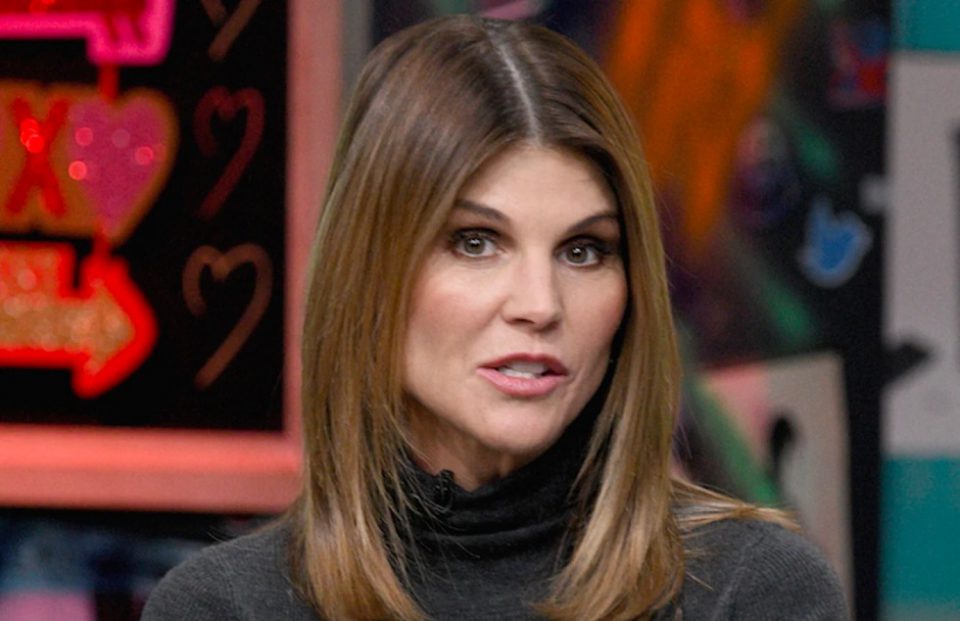 Before Lori Loughlin, known to Full House fans as the beloved Aunt Becky, was accused of using deceit and bribery to help Olivia Jade and her sister get enrolled at USC, her career rewind looked a lot different.

The once promising long term career foundation she set up with her TV show and movies came crashing down after she became involved in the massive college admissions fraud case dubbed “Operation Varsity Blues” which resulted in the indictment of 50 people and exposed the underbelly of what wealth can truly achieve. Now the wealth we speak of didn’t just fall into Lori’s lap like it did Olivias, so here’s taking a look at the successful career (yes, successful as the actress is undeniably wealthy and earned her acting chops) and personal life of Lori Loughlin with some surprising facts sprinkled in:

Lori Loughlin Interesting Facts You Didn’t Expect From Her Past

She began acting at a young age

Lori Loughlin developed a keen interest in acting from a very young age (we’re talking 5 or 6, the age most kids are still struggling to do up their own shoelaces). The young Loughlin was struck with the idea of pursuing a career in the industry after watching The Wizard of Oz, the 1939 classic starring Judy Garland as Dorothy, the little girl swept away to the magical word of Oz. The movie must have made quite the impression, as Loughlin would later reveal that watching it and thinking of how much fun it seemed was her first real memory.

Her Full House casting was meant to be much smaller

Loughlin was initially contracted for only 6 episodes of Full House. Her original storyline premised on the idea of her being Danny’s co-host; the 2 were set to go on one date, realize they weren’t meant for each other. However, the Full House audience took too much to Loughlin’s character for producers to risk losing her. Her contract was subsequently extended, and her role expanded to become a main character.

She earned her first acting pay check at 15

After working as a model for most of her teens, Loughlin got her first big break in TV at the age of 15 with the ABC soap opera, The Edge of Night. Loughlin played the part of Jody Travis in the series, appearing for three years between 1980 and 1983. The soap opera was set in the fictional Midwestern City of Monticello, and centered around the friendships, vendettas, corrupt cops and scheming attorneys of the city. During its time on air, the show built up quite the prestigious fanbase, with legendary actress Bette Davis, author P.G. Woodhouse and first lady Eleanor Roosevelt all rumored to be loyal followers.

Loughlin could have been fired from the Jody Travis role on The Edge of Night when she told them the truth about her audition. The role called for a trained dancer (Loughlin wasn’t), but her agent told her to lie because the audition didn’t require a dance routine. Loughlin fibbed—and aced the audition. There was only one problem…when she got to set on day one, they’d constructed a full-blown dance studio! Loughlin had to confess and grovel to the producers, but thankfully, she kept the gig.

Her first movie was Amityville 3-D

After leaving The Edge of Night, Loughlin was cast in her first movie, 1983’s Amityville 3-D. The supernatural horror film, which starred Tony Roberts and Tess Harber, was the first, and only, Orion Pictures film to ever be filmed in 3D. Despite its novel filming technique, the film was panned on release, with many critics ranking it one of the worst films of 1983.

She’s a producer too

Not content with restricting her ambitions to acting, Loughlin has carved out a successful career as a producer. Her first big producing gig came with the 2004-2005 The WB drama series Summerland. As well as co-creating and producing the series, Loughlin took a starring role as the character of Ava. The series was cancelled after 2 seasons further to disappointing ratings.

She is estimated to be worth $20 million

As a result of her long career in the entertainment business, Loughlin has amassed quite the personal fortune. Thanks to her turns on TV’s Spin City, The Drew Carey Show, Summerland and her various film projects, CNW reckons Loughlin is worth a cool $20 million. Her combined fortune with husband Mossimo Giannulli (who’s built a very healthy fortune as a fashion designer) is an envy- inducing $100 million.

Not all of Loughlin’s projects have been successful, but those that have been very successful indeed take off. As a result, Loughlin has won her fair share of gongs at award season, starting in 1982 when she scooped the Best Young Actress in a Daytime Series at the Young Artist Awards for her stellar work on soap opera, The Edge of Night. In 1987, she won at the Young Artists Awards again, this time claiming the Michael Landon Award for the CBS Schoolbreak Special. She also claimed a nomination for the same show at the Daytime Emmy Awards in 1989, but that time, failed to come home victorious. Her luck returned in 2006, when she claimed the PRISM Award for Best Performance in a Drama Series Storyline for Summerland. In 2009, she earned another nomination, this time at the Teen Choice Awards for her work on 90210.

Spot her on Seinfeld

Despite being best known for her recurring, starring roles on shows such as Full House and Summerland, Loughlin isn’t averse to taking on the occasional guesting appearance. In 1997, she appeared in a number of singular episodes for shows such as The Larry Saunders Show, Suddenly Susan, Cursed, Missing and, most notably for comedy fans, Seinfeld. Loughlin appeared as Patty in the long- running sitcom, which also saw guest appearances from the likes of Sarah Silverman, Jeremy Piven and Kathy Griffin during its 9-year run.

Loughlin has been married a grand total of two times. Her first marriage was to Investment Banker Michael R. Burn, who she wed in 1989. The pair divorced in 1996, and a year later on Thanksgiving 1997, Loughlin eloped with new love interest, Mossimo Giannulli. Giannulli, a fashion designer famous for creating the eponymous Mossimo clothing line, first met Loughlin in 1995, but the pair were forced to wait until the end of Loughlin’s first marriage before declaring their love.

On their second anniversary of dating, Giannulli gave Loughlin 500 roses. He proposed two months later. As both were divorced, they decided they would rather elope. On Thanksgiving Day in 1997, Giannulli and Loughlin were married, at dawn, on a hillside in Newport Beach. They both wore ski hats and sweatpants to beat the chill.

Loughlin starred in a popular movie series on the Hallmark Channel called Garage Sale Mysteries. Her husband, Mossimo Giannulli, made it to the top of the fashion heap via garage sales too. In 1987, Giannulli was a college dropout. He scrambled together $100,000—with his dad’s help—and he started peddling neon sportswear out of his garage. After just one year, sales had hit $1 million.

Loughlin was born on July 28, 194 in Queens, New York. When she was a year old, she and her parents, Lorellee and Joseph Roy Loughlin (a foreman at the New York Telephone company), moved to Hauppauge, New York on Rhode Island. Shortly after the move, Loughlin’s younger brother, Roy, was born. For her education, Loughlin would attend Oaks Elementary School before graduating from Hauppauge High School.

She began modeling at 11

As a child, Loughlin was nothing if not enterprising. At the age of 11, she took her first steps in fashion with a gig as a print model. She got the job by accident rather than design, after accompanying a friend to a casting. Loughlin had no real aspirations to be a model but tagged along after her friend’s mom convinced Lori’s mom to let her go. “My mom reluctantly let me go”, Lori explained to the Washington Post. “But I don’t think she ever thought anything would come of it. And I went in and they handed me a contract and said, ‘We’ll take you.’

When she started modeling, her father demanded that she get good grades and pursue higher education. He said he’d yank her from show business if her studies suffered. It was tough, but Loughlin has since said she was grateful that he pushed her so hard.

In 2016, Loughlin took on a new project: the endorsement of former supermodel Cindy Crawford’s Meaningful Beauty skincare line. The line, which Crawford co-created with acclaimed skin care expert, Dr. Jean- Lois Sebagh, was launched to critical acclaim in 2005. Loughlin has taken part in a number of commercials for the brand, and seemed to have a lot of fun with her pal Crawford during the shooting of the first one. “That’s a wrap! Fun day on set with @MeaningfulBeauty and @LoriLoughlin!” Crawford told her Instagram followers.

How to Tell if a Love Psychic is Real or Not

How To Propose To A Woman: 10 Steps