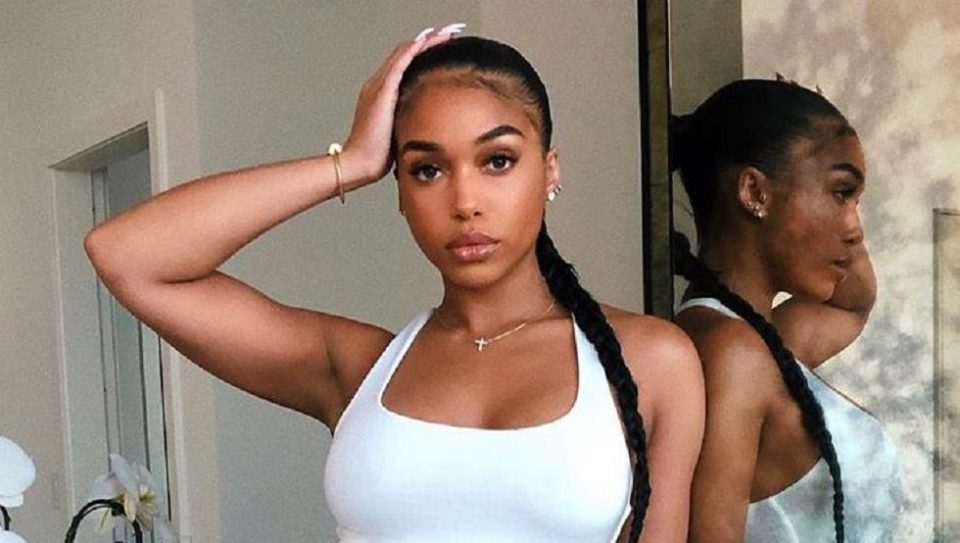 Lori Harvey is a model belonging to America who is even an internet sensation. With over 1.5 million followers on Instagram within a few years of being active, Lori Harvey is among the rising stars of the glamour world. In fact, her popularity is growing at a rapid pace. She never fails to keep her followers surprised and amused by her quirky Instagram updates and modeling appearances. Lori Harvey is a step-daughter of renowned American comedian, actor, host, radio personality, and a producer who is none other than Steve Harvey. Lori Harvey has made a strong presence in the fashion industry by walking the ramp for prominent brands and designers. Let’s know about this superstar.

Lori Harvey is an attractive woman who is known for her well-toned body. She stands tall at 5 feet 5 inches (1.65 m). Her body weight is 50 kg or 110 lbs. Her eye-popping body measurements are 34-25-35 inches. She has brown-colored eyes and shiny black hair. The size of her shoes is 6 (US). She follows Christianity and her zodiac sign is Capricorn. She initiated her career in the glamour industry with modeling and in a short period, she got immense popularity because of her modeling skills and beauty.

Since her stepfather was an established celebrity, Lori Harvey was born with a golden spoon and has always found herself in limelight. At an early age, Lori fell in love with horses. Hence, she started horseback riding. However, Lori underwent a serious injury from the sport, which forced her to quit. After this, Lori’s interest shifted towards modeling and designing. Her parents always supported her in her endeavors, especially her mother. Lori is a mama’s girl. She once told in an interview that her mother is her biggest inspiration since childhood. Lori followed her mothers’ footsteps and learned a lot of new things from her. She was able to make a grand entry in the modeling industry because of her mother’s support and guidance.

Lori Harvey was born and brought up in the US. She entered the world on 13th January 1997 in Memphis, Tennessee. She was born to Marjorie Bridges and Donnell Woods. However, after the split of her parents, her mother got married to Steve Harvey, an American superstar. Lori’s mother is a stylist, blogger and fashion designer. It is her mother that inspired her to become a model and a style icon.

Lori has four brothers namely Jason Harvey, Broderick Harvey, Morgan Harvey and Wynton Harvey. Furthermore, she has two sisters namely Brandi Harvey and Karli Harvey. Lori has a good tuning with her mother. She is usually spotted with her mother and both are paparazzi favorites. Many times, Lori and her mother have been photographed in elegant dresses that make them the talk of the town. The mother-daughter duo is known for their quirky style.

Lori believes in living life king-size. She dons most-fashionable clothes and she does everything differently. Lori’s birthday celebrations are unique in every way. Unlike other celebrities who usually celebrate their birthdays at home, Lori does it in style. She goes to different places on her birthday to make the celebrations memorable. When she turned 21, Lori Harvey along with her family members and buddies, tread to Cabo San Lucas for a grand celebration. There, they all adorned the best of styles. They spent their day cozying on the beach accompanying glass of wine while they hit the town at night. Despite a busy life, Lori takes out time to pursue her hobbies. In her leisure time, Lori read magazines and books. Her all-time favorite book is ‘The Secret by Rhonda Byrne’.

Lori Harvey is one of the most loved American models in the present time. Being blessed with a jaw-dropping physique, Lori made her way into the eminent Fashion Week in both Milan and Paris. She got an opportunity to walk the ramp for mega-brand Dolce and Gabbana. She has also been an integral part of the New York Met Gala. Her bucket-list includes modeling contracts with brands such as Fendi, Gucci, Givenchy, and Dior.

Many celebrities keep their personal life secret. However, this is not the case with Lori as she believes in keeping everything public. Lori Harvey has been in a relationship with several guys.

Lori Harvey has been able to achieve much in very little time. Because her father is a noteworthy individual, Lori Harvey’s career was bound to be successful even before she decided to pursue it. Within a short period, she has bagged hefty modeling deals, worked for a big brand and even walked the ramp for eminent fashion clothing brands. The main highlight of her modeling career was her appearance in Dolce Gabbana’s catalogs and at both Paris and Milan Fashion Week.

When she was a minor, she had already made appearances on numerous child fashion shows that gave her an ideal kick-start in the modeling industry. She is currently signed to two different modeling agencies, LA Models and Select Model Management.

Her modeling career was on a see-saw because of her relationship with popular rapper and producer P. Diddy. However, after the split, Lori was able to concentrate on her career and she was able to advance in it. In December 2017, she made her debut at annual Bal des Debutantes.

Lori always dreamt to become an equestrian. She was able to win in many horse riding competitions. Lori Harvey is even a gold medalist in horse riding. However, a grave tragedy happened when she fell from the horse in May 2015. After the incident, she was unable to participate in equestrian events.

According to reports, the net worth of Lori Harvey is estimated at $ 1 million in 2020. This gorgeous looking and astonishing model has multiple income sources. She primarily earns most of her income from modeling projects and sponsorships. She also earns great money from endorsing different brands. She even earns through her Instagram follower base. Some reliable sources denoted that her Instagram sponsorships start from $10,000.

Lori Harvey is a young American model who has already achieved so much in her life. With a net worth of $1 million at just 23, she is a role model for many girls of her age. We wish her all the best for her bright future.

Carlin Bates: All You Need to Know About the Bringing Up Bates Star