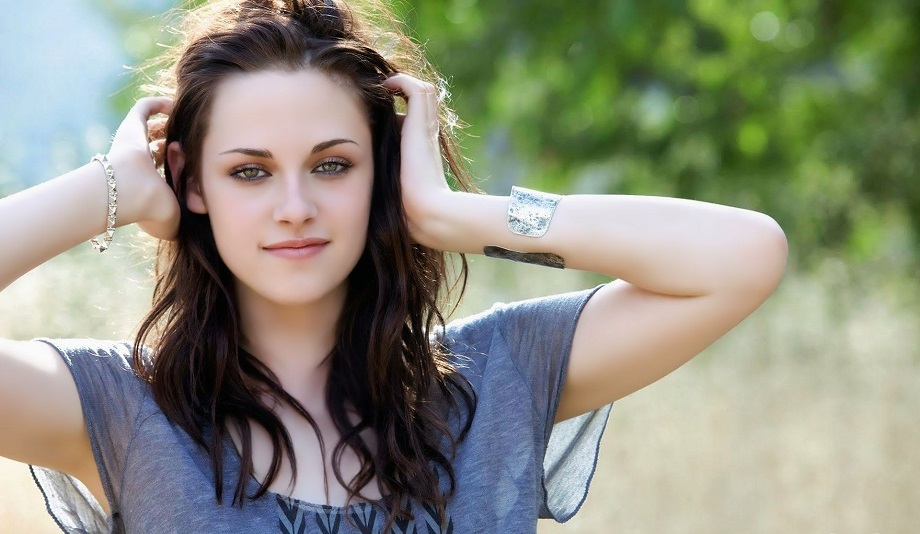 Who is Kristen Stewart?

Kristen Jaymes Stewart is an American actress and director born on April 9, 1990, in Los Angeles, California. She received several accolades and was the first US actress to win a César Award, France’s most prestigious film honour. Stewart is famous for her roles in The Twilight, Panic Room, Camp X-Ray, Still Alice and many more films. Stewart is also the brand ambassador of the famous brands Channel and Balenciaga. She was the highest-paid actress in the world for the year 2010 and 2012. Her net worth is around $55 million.

Stewart’s parents both work in the film industry. Her father John Stewart an American is a stage manager and producer who have worked for Fox and Comedy Central show. Her mother Jules Mann-Stewart is an Australian who is a script supervisor. She has an older brother Cameron Stewart and Dana and Taylor her two adopted brothers.

Stewart began her acting career when she was eight after an agent saw her performing in her elementary school’s Christmas play. She gained a few small roles and appeared on various television shows. Her first small role was in the film ‘The Thirteenth Year (1999)’ for the Disney Channel Television film, after auditioning for a year. She later appeared in The Flintstones in Viva Rock Vegas (2000) where she played for the role of a ring toss girl. Her first major role was for the film The Safety of Objects (2001) as Sam a tomboy daughter of a single distressed mother. Soon after that, she got cast alongside Jodie Foster in the hit thriller, Panic Room (2002) directed by David Fincher which involved a mother and daughter whose new house gets invaded by burglars. With her performance in this film, Stewart got nominated for a Young Artist Award. At a very young age, she was being praised for her performances and soon joined the cast of Cold Creek Manor (2003) directed by Mike Figgis where she played as Kristen Tilson daughter of Cooper and Leah Tilson played by Dennis Quaid and Sharon Stone. The mystery thriller movie is about a family petrified by the former owner of real estate and discovers the secrets of a horrific past. Though the film did not do well at the box office, Stewart received another nominated for a young artist award for her performance in Cold Creek Manor.

When Stewart was fourteen, her first starring role was in an American adventure comedy film Catch That Kid (2004) directed by Bart Freundlich a remake of Danish family action film Klatretøsen (2002). In the following year, she also appeared in the thriller film Undertow alongside Jamie Bell, Josh Lucas, Devon Alan and Dermot Mulroney in which she played the role of Lila. Stewart got casted in the teen drama film Speak (2004) based on the award-winning 1999 novel with the same name by Laurie Halse Anderson, where she played as Melinda Sordino, a high school freshman who stops speaking to everyone after a senior student rapes her. In 2005, she got cast in a science fiction adventure film Zathura: A Space Adventure directed by Jon Favreau in which she played the role of Lisa Budwing. The story is about two brothers playing a mysterious board game they find which teleports them to outer space along with their sister with the help of an astronaut who helps them in finishing the game. The next prior year, she played the character Maya for the film Fierce People (2006) directed by Griffin Dunne. Stewart appeared in a romantic drama, In the Land of Women (2007) starring Meg Ryan and Adam Brody. Also in that same year, she had a small role in Sean Penn’s adventure drama film Into the Wild. Though the film got a mixed review, it received Screen Actors Guild nomination for Outstanding Performance by a Cast in a Motion Picture. Later she appeared in a science fiction film Jumper (2008) and in a satirical comedy-drama What Just Happened (2008). The Cake Eaters, an independent film was only screened at the film festivals. Stewart received a positive review for her performance in this film.

Stewart played the character of Isabella “Bella” Swan in the film Twilight (2008) based on a bestselling vampire romance novel with the same name by Stephanie Meyer. She starred alongside actor Robert Pattinson and Taylor Lautner. They based the movie on the development of a relationship between Bella Swan (a teenage girl) and Edward Cullen (vampire) and protecting Bella from a coven of evil vampires. She received a mixed review based on her performance while some critics described her as the ideal casting choice while the others criticized her acting for being wooden (blank). Stewart got nominated four times for three consecutive years (2003-2005) and in 2008 for the young artist award. Stewart was being praised for her role in Adventureland (2009) comedy-drama film written and directed by Greg Mottola. In the same year, she reappeared in the sequel The Twilight Saga: New Moon once again receiving a mixed review for her performance. Later she once again reprises the role as Bella in The Twilight Saga: Eclipse (2010). In 2010, Stewart starred in a biographical drama film, The Runways portraying as the 1970s rock star Joan Jett directed by Floria Sigismondi. She met Joan Jett over the 2008-2009 New Year to prepare for the role and prerecorded songs in the studio. Later in the year 2011, the fourth part The Twilight Saga: Breaking Dawn (Part one) released and Stewart ended the role of Bella in the film in the series, The Twilight Saga: Breaking Dawn (Part two) in 2012. The last sequel of the movie was a box office success grossing nearly $380 million worldwide making it the 40th highest-grossing film and highest-grossing movie in the Twilight series. She worked in the film ‘Snow White and the Huntsman (2012)’ as Snow White and also on an adventure movie ‘On the road (2012)’ as Marylou. Some other movies of Stewart are Camp X-Ray (2014), Clouds of Sils Maria (2014), Still Alice (2014), and American Ultra (2015). In 2016, she co-starred alongside Nicholas Hoult for the film Equals directed by Drake Doremus and also starred in Billy Lynn’s Long Halftime Walk, Café Society in the same year. In 2018 it was said that Stewart would star in a Netflix Series adaption of Gina Frangello’s novel A Life in Men. Her recent movies which released are drama film Seberg (2019) inspired by real events about the French star Jean Seberg and a documentary movie ‘Love, Antosha (2019)’. Stewart’s upcoming action comedy movie Charlie’s Angels directed by Elizabeth Banks will release on November 15, 2019, in which she is playing for the role of Sabina Wilson. It is the third sequel in the Charlie’s Angels film series. The movie is about three women Sabina Wilson, Elena Houghin and Jane Kano who are brave and smart are working for the mysterious Charles Townsend with multiple teams of Angels guided by multiple Bosleys taking on toughest jobs at every place around the world. They put these angels into action risking their lives to protect people.

Stewart has 104 nominations and 66 wins out of these nominations in her entire career. She has received a César Award, Young Artist Award, and Milano Award. She won a National Society of Film Critics, New York Film Critics Circle and Boston Society of Film Critics award for her performance in the film Clouds of Sils Maria for Best Supporting Actress. Stewart got listed as the highest-earning actress in the Vanity Fair with estimated earnings of $28.5 million. Forbes termed her number one in the list of Hollywood’s Best Actors for the buck in 2011. Also in 2012, Forbes named her the highest-paid actress with a total earning of $34.5 million. They ranked Stewart #17 on Entertainment weekly’s ‘30 under 30’ actress list in 2008.

Kristen was dating at 14 to her co-star Michael Angarano from the drama film Speak in 2004. But they have broken up after finishing filming her movie Twilight in 2008. In 2009 she started dating her twilight co-star Robert Pattinson. Later in 2012, she had an affair with director Rupert Sanders whom she worked with him in his film Snow White and the Huntsman. Both publically apologized for the affair. In 2012, Pattinson and Stewart reunited together but eventually split later in 2013. She started dating visual effects producer Alicia Cargle in mid-2013. Later in 2016, she dated French singer Soko for a shorter time. From 2016 she was in a relationship with Victoria secret model Stella Maxwell till 2018. After her breakup with Maxwell, she dated stylist Sara Dinkin from December 2018 to May 2019. She reconciled with Maxwell in May 2019. Stewart mentioned in an interview with The Guardian she was a bisexual. She signed her Twilight Saga: Breaking Dawn- Part 2 dress and gave it to the Charity Buzz auction benefiting the Robin Hood Foundation’s Sandy Relief Fund. The fund benefits long-term support to those affected by Hurricane Sandy. She helped in raising $500,000 for the Sandy Relief Fund in 2013, by meeting a Middle East prince for 15 minutes.

The Boiled Egg Diet: Can You, Should You, Would You?

The Extraordinary Life and Career of Kurt Russell