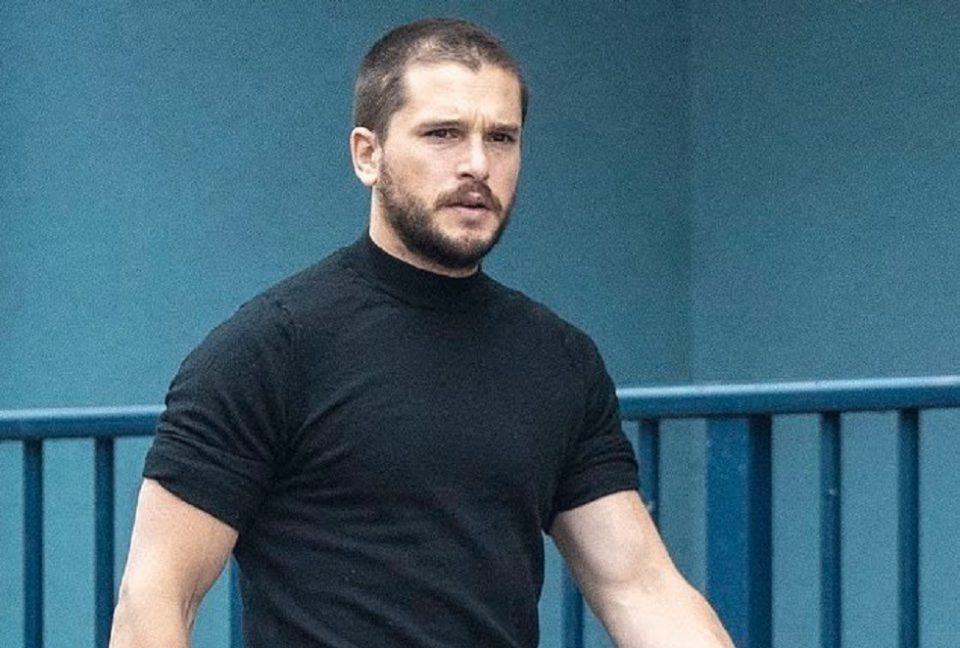 We’ve all come to know and love the star from binge watching Game of Thrones but that was just the tip of the Jon Snowy iceberg! Here are some Kit Harington facts very few fans know:

His real name is Christopher but his teacher had to tell him that:

Christopher Catesby Harington was born in west London on December 26, 1986. But as he has always gone by Kit, it wasn’t until Harington was 11 years old that he found out his real name was “Christopher.”

And he wasn’t very pleased when he found out according to one interview: “It’s my name. It’s short for Christopher. I didn’t know my name was Christopher until I was 11. I went to school, you do these exams and I put down Kit Harington and the teacher said, ‘That’s not your name,’ and I said, ‘Yeah I think I’d know my own name!’ They were like, ‘No no your name is Christopher.’ I was a bit pissed off with my mum. You didn’t tell me my name till I was 11!”

2. He was named after the Elizabethan playwright Christopher Marlowe:

Kit Harington is named after famed playwright Christopher “Kit” Marlowe, who was an inspiration to William Shakespeare as well as Kit Harington’s mother, Deborah Jane Catesby, who also happens to be a playwright. Harington himself dabbles in poetry-writing, though he told The Huffington Post that, “It’s terrible poetry. I would never ever ever read it to anybody. But I do write, I do write poems.”

3. He was a stage actor who was in the original production of War Horse:

While still attending the Royal Central School of Speech & Drama (he graduated in 2008), Harington landed the lead role in the National Theatre’s original production of War Horse. In 2009, when the show transferred to the West End’s New London Theatre, Harington continued playing the role of Albert, which brought him much acclaim. It was also the role that led him to the part of Jon Snow: one of the producers for Game of Thrones saw Harington in War Horse and asked him to come in for an audition.

Though Harington is a force to be reckoned with on Game of Thrones, the actor is actually only 5’8″.  He once recalled a story about how a woman “came up to me at a bar and said ‘OMG OMG you look just like Jon Snow.’ and I said ‘Well, I am.’ And she was like, ‘Nah, he’s much taller than you.'”

Shall we compare her height to his stack of dollars?

5. He showed up to his GOT audition with a blackened eye:

The night before his Game of Thrones audition, Harington ended up in a McDonald’s late at night with a woman he was dating. Because it was crowded, they grabbed a seat at a table with another couple, whom they didn’t know. Shortly thereafter, the man across from them began making rude comments to Harington’s date. Unfortunately, it was only after Harington stood up and challenged the stranger that realized just how tall his would-be opponent was. “I got battered,” Harington admitted, and ended up with a fresh shiner. On the bright side, he thinks that his damaged face is part of what landed him the role. “I think that man who punched me in the face may have helped me get the job,” he said. “So if you’re watching, thank you.”

Clearly the producers agreed and even said that it made him look tougher. The black sheep with the black eye, oh how it was meant to be!

6. Kit Harington was forced to wear a wig for the GOT pilot:

Kit Harington’s dark curly locks would have never existed if it wasn’t for GOT. He had short hair and no facial hair pre Game of Thrones and he’d never tried to grow it before. He didn’t even know his hair was naturally curly.

He recalls: “I always had short hair before I did this, and then they went ‘Could you grow your hair and a beard?’ And I went, ‘Well, I’ve never grown my hair, and I’m practically pre-pubescent in the facial-hair stakes, but I’ll give it a go!'”

Although he later became contractually obligated to keep his hair long for the role of Jon Snow, that wasn’t the case when they shot the original pilot for Game of Thrones—the one that never aired, not the one you remember. Harington, for one, is happy that it never saw the light of day. “I had a horrible wig on,” he told BBC Breakfast in 2016.

Though that’s not the sole reason he’s glad they reshot it, though. “The pilot really didn’t work,” Harington said. “No one’s ever seen it, it’s in some back room somewhere, and I’d like it to stay there!”

7. Kit Harington has a fear of claustrophobia which posed as a problem for him during one iconic GOT scene:

While filming Game of Thrones’s season six episode, “Battle of the Bastards,” Harington had to come to terms with his extreme claustrophobia. “I’ve got a few fears, spiders being one of them,” he told the Belfast Telegraph in 2017. “But the worst is my claustrophobia—I’m mortally afraid of crowds. I panic.” He went on to describe the climactic scene in the episode as “one of the most terrifying … and most uncomfortable” things he has ever done.

8. He’s related by blood to the man who invented the flushable toilet:

When asked by Elle about the rumors that he is distantly related to John Harington, the man who invented the first flushable toilet (which was created for Queen Elizabeth I), Harington confirmed that, “That’s 100 percent true.

As for Kit, he’s just glad people don’t refer to the toilet as “the Harington.”

[My family] also wrote the queen a lot of bad poetry. I’ve inherited the bad poetry genes, but not the inventor genes,” he said.

9. Kit Harington has ancestral links to King Charles II too, but he’s adamant that he’s not posh:

He told ES Magazine: “We were comfortable, but I didn’t go to Oxbridge, and yet every American interviewer I get says to me, ‘You’re related to Charles II! Your grandfather’s a baronet!’ And it’s infuriating, because that is part of my history, but you’re trying to turn me into a posh boy and I’m not. I’m adamant that I’m not. My mum’s always telling me, ‘Tell those journalists that you went to a state school’.”

10. He had a broken ankle throughout season 3 after hurting himself while trying to climb into his apartment when drunk a few weeks before filming began:

This accident meant that a body double had to step in for that bum shot during his sex scene with Ygritte. He told GQ: “Young male stupidity, really. I didn’t see any point in lying about it to anyone afterward.”

December babies have long complained about the challenges of being able to truly celebrate the occasion. (The “dual” birthday-Christmas gift is a particularly annoying tradition.) But being born the day after Christmas—which is its own holiday, Boxing Day, in England—has always been a bummer for Harington. “I always end up getting really grumpy and selfish on my birthday,” he told W Magazine, explaining that “I never get enough attention.”

“I love horror movies. I really do, I’m a big horror movie fan… I can tell you what my favorites are. I love The Shining. I love The Wicker Man… I love The Ring. I love [David] Lynch as well. I could not get through Inland Empire. I tried to watch that movie three or four times. I can’t get through it. It’s too scary. Starts freaking me out and then when it goes black and white … too much, too much. I’ve never even tried to watch Eraserhead. I think it would be too much for me. I love Mulholland Dr., but even that kind of got to me at times.”

Did you know? Kit Harington wanted to audition to be Harry but was a year too old at the time.

13. Kit Harington does love a good cry every now and then.

“I like a good cry every now and then. It releases something. There are times in my life when I’m meant to cry, but I don’t actually cry. But then I can be walking down the street and it’s been a few months, and things get on top of me—that’s when I find myself crying.”

14. Before fame, he used to work in a bookstore, and for that reason he used to resent George R.R. Martin:

I hated him. I used to work in the downstairs department of Waterstones bookshop. That was the fantasy, science fiction and self-help section. And yes, I always wondered why they grouped those together.

“Anyway, I used to have to lug down the books and George’s always sold like hotcakes, so I was constantly having to restack them and they were just so heavy because they’re so huge.

“I remember cursing him. I’ve told him this many times. I couldn’t stand that I was constantly having to carry down and replace all these fucking books. I’d fill up the shelves and they’d sell out in a day!”

Did you know? Kit Harington’s favourite book is George Orwell’s 1984.