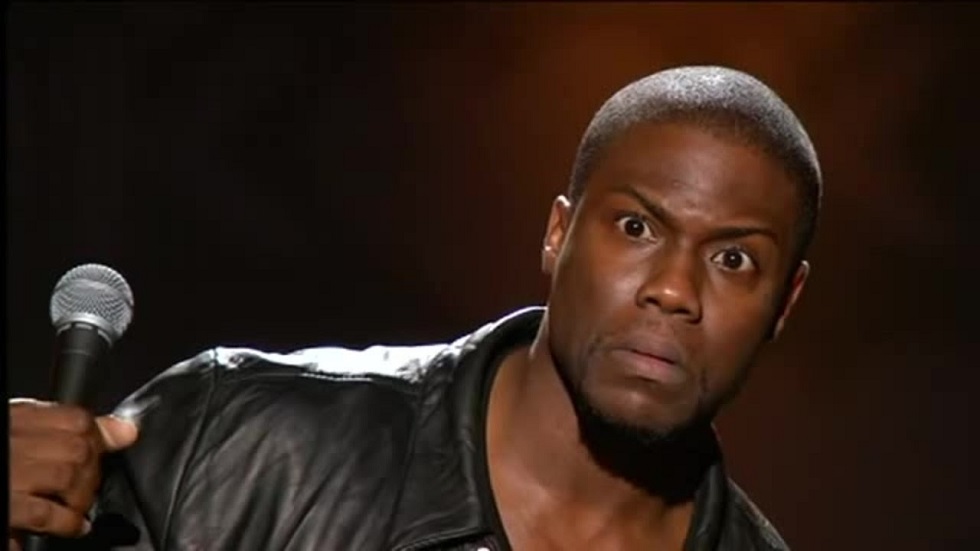 Kevin Darnell Hart is a wildly popular comedian and actor hailing from Philadelphia, Pennsylvania. Aside from his incredibly successful career in comedy, Kevin Hart is renowned for his diminutive stature a great appreciation for sports. He is a Philadelphia native so he is a big fan of all the major sports teams from Philadelphia such as the Philadelphia Eagles (NFL), Philadelphia 76ers (NBA) and the Philadelphia Flyers (NHL). He is also very well known for appearing on several sports talk shows and making fun of the analysts on the show. He also holds the record for the most number of the NBA Celebrity All Star Game Most Valuable Player award with four (he never misses an opportunity to talk about it). Kevin Hart is also renowned for a tireless work ethic. His work ethic and approach towards working out inspired Usain Bolt to become even better. As a result of all that hard work, Kevin Hart’s net worth stands at an impressive $200 million as of today. That has made him one of the richest comedians in the world, alongside the likes of Steve Harvey, Jerry Seinfeld, and Larry David.

Aside from several incredibly successful stand up comedy shows, Kevin Hart has also starred in numerous Hollywood blockbusters such as ‘Scary Movie 3’ (2003), ‘Soul Plane’ (2004), ‘Little Fockers’ (2010), and ‘Jumanji: Welcome to the Jungle’ (2017). Kevin Hart also hosts the LOL Network web series, Cold As Balls. He usually interviews personalities from the field of sports as they sit in an ice bath.

When was Kevin Hart born?

Kevin Hart was born in Philadelphia, Pennsylvania on July 6th, 1979. Kevin Hart was raised by his single mother Nancy Hart throughout his childhood. He also has a brother named Robert. Kevin Hart’s father Henry Witherspoon was a cocaine addict and kept going in and out of prison. Kevin Hart usef comedy to deal with his troubled childhood.

Where did Kevin Hart study?

After he attended Community College of Philadelphia he decided to move to New York City.

How did Kevin Hart start his career?

Kevin Hart found work as a shoe salesman but decided shortly after that to focus on his career as a stand-up comedian. He began his early career as a comedian doing stand up at an amateur nightclub in Philadelphia. He rose to fame after winning several amateur comedy contests in the New England region. He got his big break when he was cast by Judd Apatow for the TV show Undeclared. Though the show only lasted for a season, it led to Kevin Hart being cast in several movies over the coming years. All that has led to Kevin Hart accumulating a net worth of $200 million in 2020.

What was the name of Kevin Hart’s first standup album?

Kevin Hart’s style and quality of comedy has been favourably compared to the “Kings of Comedy”. He also starred in the ABC sitcom, ‘The Big House’. Kevin Hart starred as himself on the show. The outlandish storyline never caught on with audiences and the show was canceled after six episodes.

In 2006, Hart rebounded quickly when he released his first stand up album ‘I’m a Little Grown Man’ which cemented his status as one of the best young comedians. Hart’s second album was released in 2010 and it proved to be an even bigger hit with the audiences.

Kevin Hart’s embarked on his most successful stand up comedy tour in 2011. It was called ‘Laugh At My Pain’. The wildly successful tour went on to become a concert documentary as well. That tour turned Kevin Hart into a full fledged star.

‘Laugh at My Pain’ grossed $15 million overall and Kevin Hart performed in 90 cities. The tour was one of the year’s most successful comedy tours.

Which movies has Kevin Hart starred in?

Kevin Hart has starred in many blockbuster films throughout his career. Some of those movies are Scary Movie 3, Little Fockers, Ride Along, Think Like a Man, Jumanji, About Last Night, The Wedding Ringer, Central Intelligence, Jumanji and Night School.

Kevin Hart has also enjoyed a successful TV career. He hosted the MTV Award show in 2012. He also landed a role on ABC’s superhit comedy show ‘Modern Family’ in the same year. Hart also starred on series such as ‘Real Husbands of Hollywood and Workaholics’. Kevin Hart was the host of the Comedy Central Roast of Justin Bieber in 2015.

What is Kevin Hart’s net worth?

As of 2020, Kevin Hart’s net worth is $200 million dollars. The way his career is on an upward path, his net worth is bound to increase even more.

“Be loyal to those who help you grow. You got a team, you keep your team together, you run as a unit. You got a team of people, it means they believed in you, they bought into your dream. That means they invested in you, they invested time, energy and effort. In return, you gotta invest your vision and promise them that we’re all going to win together.”

“Appreciate hard work and the process of hard work. Because after that’s over and you get the rewards of success, you look back on these moments and you respect those moments the best. You have no character, you have no place to come from.”

“My experiences in life are getting bigger and better. The more stuff I do, the more stuff I talk about – having kids, traveling, going through relationship problems, dealing with things in my own family. All that stuff builds character.”

“Laughter heals all wounds, and that’s one thing that everybody shares. No matter what you’re going through, it makes you forget about your problems. I think the world should keep laughing.

From his days of non stop hustle during amateur comedy nights in New England, Kevin Hart has come a long way and has become one of the most popular comedians in the world. He is well renowned for his relentless pursuit of perfection and a tireless work ethic. He might be short in stature, but he is a giant in status. He will continue to sell out arenas for many years to come. Kevin Hart’s net worth as of 2020 is around $200 million.