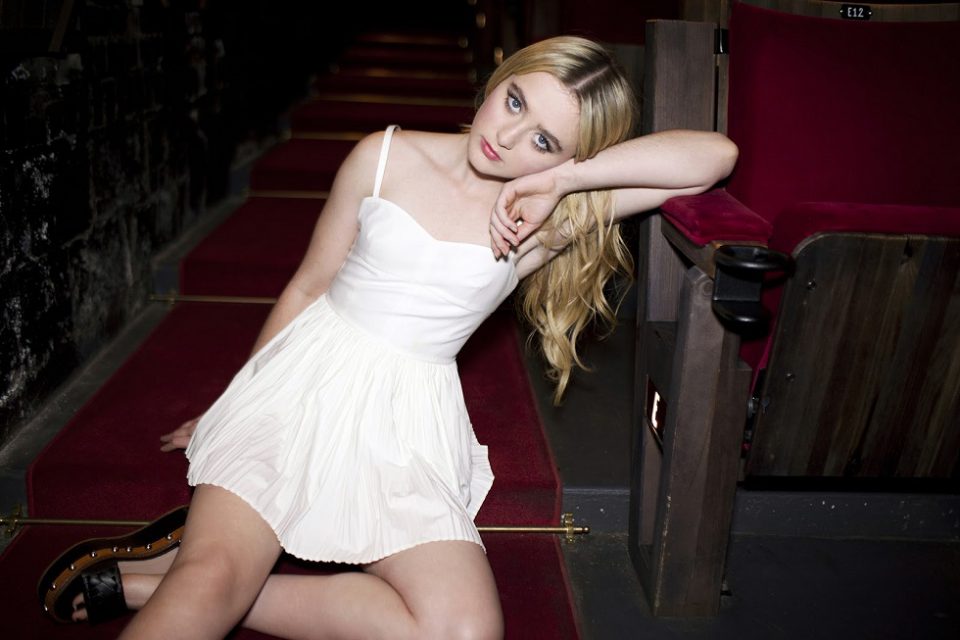 Kathryn Newton is a famous American actress. She rose to fame based on her roles of Louise Brooks in the CBS comedy series Gary Unmarried (2008–2010), Abigail Carlson in the HBO mystery drama series Big Little Lies (2017–2019), and Allie Pressman in the Netflix teen drama series The Society (2019). Kathryn Newton also appeared in the CW’s superhit show Supernatural between 2014 and 2018. She played the older version of Claire Novak. She also played Joanie Clark in Halt and Catch Fire between 201 and 2017, a period drama series on AMC. Kathryn Newton also starred alongside Hollywood superstar Cameron Diaz in the 2011 comedy Bad Teacher. She also went on to win the Young Artist Award for Best Leading Young Actress in a Feature Film for her role in the 2012 hit Paranormal Activity 4. Kathryn Newton also starred in the comedy drama film Three Billboards Outside Ebbing, Missouri (2017). She also had a role in the 2018 sex comedy, Blockers. The same year, she also appeared in the drama, Ben is Back. In 2019, she appeared in the massively popular fantasy mystery film, Detective Pikachus. Let’s find out more about this popular actress.

Kathryn Newton: All You Need to Know

When was Kathryn Newton born?

Kathryn Newton was born on February 8th, 1997 in Orlando, Florida. Her mother’s name is Robin Newton and her father’s name is David Newton. She has no siblings.

Kathryn Newton started her acting career at a tender age of four with an appearance on the famous soap opera All My Children. She stayed on the show for three years and played the role of Colby Marian Chandler from 2001 to 2004. During the same time, she also got roles in two short films, Abbie Down East (2002) and Bun-Bun (2003). Kathryn Newton was cast as Louise Brooks in 2008 for the CBS television series Gary Unmarried. Her family moved to Los Angeles in 2009 and she enrolled at the Notre Dame High School.

In 2010, Kathryn Newton won two Young Artist Awards for “Best Performance in a TV Comedy Series” and “Best Performance in a TV series (Comedy or Drama)” for her performance as Louise Brooks in Gary Unmarried. In 2011, she starred alongside Hollywood superstar Cameron Diaz in the movie Bad Teacher. She played the role of Chase Rubin-Rossi. In Paranormal Activity 4, she played the lead role of Alex. That performance helped her bag an award at the 34th Young Artist Awards. During Supernatural’s 10th season, Kathryn Newton was cast on the show for the recurring role of Claire Novak. Kathryn Newton also went on to appear in the popular HBO series Big Little Lies based on the Liane Moriarty novel of the same name. Her movie career really gathered steam as she was cast to play major roles in the movies Three Billboards Outside Ebbing, Missouri and Ben Is Back. Interestingly enough, even though both the movies were unrelated, Kathryn Newton still played the role of Lucas Hedges’ character’s sister.

Kathryn Newton’s biggest movie role came in 2019 when she appeared as Lucy Stevens in the blockbuster movie Detective Pikachu. The live action movie was based on the wildly successful video game and manga franchise. Kathryn Newton was also cast in the lead role of Allie in the Netflix mystery drama series The Society. The show premiered on May 10, 2019. Kathryn Newton also starred in the movie Freaky. The movie was directed by Christopher Landon and also featured Vince Vaughn. Kathryn Newton is all set to appear in Ian Samuels’ The Map of Tiny Perfect Things.

Kathryn Newton is a keen and accomplished golfer. She started golfing from a very young age and started participating in golf tournaments from the age of 8 itself. Kathryn Newton was also a member of the Notre Dame High School girls golf team at the time of her graduation in 2015.

Does Kathryn Newton have a dog?

You can follow Kathryn Newton on Instagram (@kathrynnewton) to keep up-to-date with her latest roles and get fashion inspiration from this stylish lady. She’s also on Twitter with the same handle.

Does Kathryn Newton have a boyfriend?

While the Detective Pikachu actress could well be dating someone, she’s never revealed any details about her romantic life.

Which TV shows has Kathryn Newton been in?

Kathryn Newton’s first TV show appearance was back in 2002, when she played Colby Marian Chandler in ‘All My Children’. She’s since starred in ‘Gary Unmarried’, ‘Dog with a Blog’, ‘Halt and Catch Fire’, ‘Big Little Lies’ and ‘Supernatural’. She’s also been in ‘Little Women’ with Maya Hawke and ‘Mad Men’ with Kiernan Shipka. Kathryn Newton is returning in ‘The Society’.

Yes. Kathryn Newton is reprising her role as Abigail Carlson in season 2 of Big Little Lies. In the HBO show, she plays the daughter of Reese Witherspoon’s character, Madeline Mackenzie. The new season will also feature Hollywood royalty, Meryl Streep.

What are some of Katherine Newton’s movies?

As well as having an impressive number of hit TV shows under her belt, Kathryn has also acted in her fair share of movies. Among her most notable roles are ‘Three Billboards Outside Ebbing, Missouri’, ‘Lady Bird’ and ‘Paranormal Activity 4’.

Where is Kathryn Newton from?

The American actress was born in Los Angeles, California. The star still resides in Los Angeles, and recently shared her favourite haunts in an interview with W Magazine.

Who does Kathryn Newton play in Pokemon Detective Pikachu?

The release date for Pokemon Detective Pikachu is 10 May, 2019. In the new live-action movie, Kathryn joins the likes of Ryan Reynolds and Justice Smith, as she plays the part of Lucy Stevens.

How tall is Kathryn Newton?

It’s been reported that Kathryn is 1.65m tall – which equates to 5ft4in.

What is Kathryn Newton’s net worth?

As of 2020, Kathryn Newton’s net worth is estimated to be around $1 million.