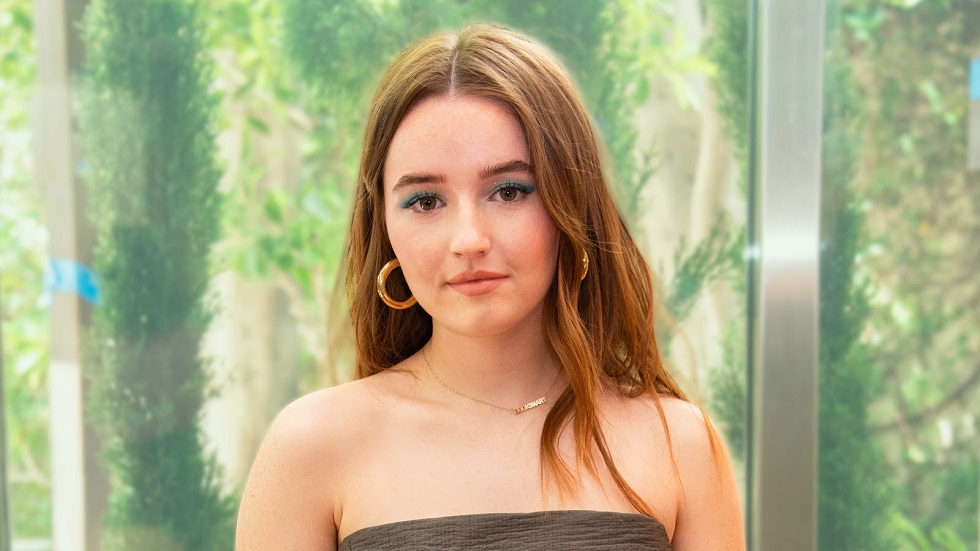 Hollywood actress Kaitlyn Dever is a star that’s been on the rise after gaining fame and success by playing the main role in the TV series “Last Man Standing” in 2011. The actress bagged the recurring role of Eve Baxter in the first six seasons of the show. She is also a model, Instagram influencer and best known for her roles as Gwen Thompson in the American Girl film entitled “An American Girl: Chrissa Stands Strong”, the role of

Loretta McCready in “Justified”, and the role of Jayden in “Short Term 12”.

Just last year, Kaitlyn Dever starred in a number of major productions like sleeper film “Them That Follow” alongside Oscar-winning actress Olivia Coleman and in the Netflix original mini-series “Unbelievable”. In “Unbelievable” she plays Marie Adler who in real life was raped by serial rapist Marc O’Leary. The story of the show is based on the book “An Unbelievable Story of Rape” by T. Christian Miller and Ken Armstrong. They are a series of rapes which took place in Washington and Colorado. The true-crime mini-series was adapted from a 2015 Pulitzer Prize-winning article detailing a sexual assault police investigation gone wrong.

Kaitlyn Dever is also popular for her acting in the  hilarious coming-of-age comedy Booksmart. As you can see, Dever is indeed a very talented actress but there’s more. Check out our list of interesting facts and details about the life of Kaitlyn Dever before and after the actress blew up in Hollywood.

1. Kaitlyn Dever Has An Impressive Resume:

On her first audition, a young Kaitlyn Deve bagged her first ever gig in a Barbie commercial and since then has had a steady stream of acting jobs. In the beginning

Her first major acting role was in the American Girl film “An American Girl: Chrissa Stands Strong (2009)” as Gwen Thompson, a bullied homeless girl. Later in 2011, Dever got her big break when she landed the part of Eve Baxter on ABC’s family sitcom “Last Man Standing” starring Tim Allen. The same year she was cast as a recurring character: Loretta McCready in the FX series “Justified” in the show’s second season. Also in 2011, the young actress played one of the recurring characters in the TV movie “Cinema Verite” as Michelle Loud and got some minor roles in projects such as “Bad Teacher”, “J. Edgar”, and “The Mentalist”.

In 2012, the actress was nominated three times at the 33rd Young Artist Awards in her supporting roles in Bad Teacher and Last Man Standing and for her recurring role in Justified.

In 2013, Kaitlyn Dever bagged supporting roles in the critically acclaimed films “The Spectacular Now” and “Short Term 12”. Her role in “Short Term 12” gained widespread acclaim from critics. The same year she was cast in the upcoming comedy film Men, Women & Children directed by Jason Reitman.

In 2014, the actress joined the cast of the film : Laggies, playing the role of Misty. The movie stars Chloë Grace Moretz and Keira Knightley as well.

Other notable works in Kaitlyn Dever’s resume include the crime drama Detroit and the biographical drama “Beautiful Boy” with Timothée Chalamet and Steve Carell. Others include Make It or Break It, Modern Family, Private Practice, Party Down as well as parts in indie movies “Men, Women & Children,” “The Spectacular Now” and “Laggies.”

The 22-year-old has more projects in the pipeline; she’s slated to star in the recently greenlit FX Networks pilot for “Platform”, an anthology series that “uses the boldest issues of our times as a jumping-off point to tell singular, character-driven stories about the world we live in today.” The actress will be joined by Lucas Hedges, Jon Bernthal, and O’Shea Jackson Jr. in the BJ Novak-produced pilot.

Did you know? Kaitlyn Dever played a role in an episode of Curb Your Enthusiasm with Larry David.

Kaitlyn Dever was born in Phoenix, Arizona, to her parents  Kathy and Tim Dever.

At the tender age of five, she began her interest in the performing arts with her parents sending her to an acting school. The young actress also participated in gymnastics, ballet and skating, until she focused on acting full time.

“When I was in, like, first grade my little sister Jane was born and then I started doing acting right around there — I was begging my parents if I could be in acting all the time,” Dever recalls. “My sisters and I were always putting on plays at home; we had a play room with a stage that my dad had built for us. I have no idea [how I knew so young] — I always think about that. Why was it that I was six years old and was so adamant about being an actress?”

So Dever’s family moved to Dallas when she was young, where she enrolled at the Dallas Young Actors Studio in a month-long acting program and was spotted in an early acting class by an L.A. agent.

My parents never pushed me away [from acting] — they never pushed us away from doing anything that we truly wanted to do or that we were passionate about,” Dever says, on the phone from her house in the Valley. “Which is why my parents are so awesome. My dad being Barney and doing the voiceover work every day was inspiring for me when I was little — because he was kind of in the performing light and I loved performing. I looked up to him in that way. I think it was also a part of why I wanted to act.”

Did you know? She was in the historical film J. Edgar with Leonardo Dicaprio and her father “Tim Dever” also works in Hollywood as a voice actor. Dever also has three siblings, an elder brother “Corey Dever” and two younger sisters Jane and Mady Dever.

3. Kaitlyn Dever has a special connection with Toni Collette:

Kaitlyn once told Teen Vogue about being blown away by Toni Collette.

“The first scary movie my parents let me watch was The Sixth Sense. When I saw [Collette] in that film, I thought, Oh my god this is a real performance,” “It was the first honest performance I had seen and it just blew me away and I’m like that is what I want to do. That’s exactly what I want to do.”

So it goes without saying that when Dever worked with Collette on the set of Unbelievable, it was incredible to pay homage to the actress who was responsible for sparking her interest in acting to begin with.

In “Booksmart”, Kaitlyn Dever and Feldstein play BFFs who have been attached at the hip since they were kids. To make sure that they had the necessary offscreen connection to play on screen best friends, the two decided to become real life roommates, sharing a Sunset Boulevard high-rise while filming the movie. The two young actresses bonded very much and their friendship depicted in Booksmart isa 100 percent authentic.

“They really do know each other completely,” mused Olivia Wilde of Dever and Feldstein. “I remember giving them a direction where I told them to notice how when you’re with your best friend, you rarely look at one another. You walk side by side and have a sense of connectivity without even having to look at each other, unless you’re having a very intense conversation. And they were like, ‘What are you talking about?’ Their level of intimacy is just deeper than that.”

5. The Actress Can Hold A Note

Fans of Dever can clearly remember multiple episodes where she got to sing for Last Man Standing. What can we say? She comes from a multi-talented family. The actress has been putting her brilliant voice to use as one-half of the band Beulahbelle, a sister duo she formed with her sister Mady. The multi talented actress strums the guitar and provides the lead vocals while Mady provides a soul-stirring harmony as she plays her keyboard.

The Beulahbelle band has caught the attention ever since their debut; the sister duo was approached by director Jason Reitman to write a song for the Charlize Theron-led film “Tully” In 2018, the dreamy sounds of  “Let You Go” were born as the soundtrack was born out of her friendship with the “Men, Women & Children” director.

They also recorded a cover of Nancy Sinatra’s “You Only Live Twice” for the Tully soundtrack.

“My sister and I are so stoked about it,” she says of the songs, one original and one cover. “I would love to see where music goes — but acting will always be number one.”

Did you know? In 2019, Kaitlyn Dever has earned her net worth of $1 million US Dollars. The actress bagged supporting roles in various hit movies like Laggies, The Front Runner, Bad Teacher, The Spectacular Now, Beautiful Boy, etc.

Kaitlyn has a decent height of 5 feet 2 inches or 157 cm. The actress   weighs about 53 kg. Her clothes are dresses of size 2(US) and she shopped for the shoe size of 6(US). She has hazel eyes and light brown hair.

Will Kaitlyn Dever be on last man standing?

Last Man Standing is getting into production for Season 8 with 14 out of 22 episodes on the way for its winter premiere. Out of those first 14, Dever will only appear in the Jan. 2  as Eve Baxter played by Kaitlyn Dever will visit less from the Air Force Academy.

Fewer appearances because Kaitlyn Dever has risen exponentially in 2019 thanks to leading roles in the feature film Booksmart and the Netflix miniseries Unbelievable. Unbelievable actually earned the actress her first Golden Globe and Critics’ Choice Award nominations (as well as a three-way tie for TVLine’s Performer of the Year, along with costars Merritt Wever and Toni Collette).

“She’s a star, and we’ve always known that,” exec producer Kevin Abbott tells TVLine. “She’s a phenomenal talent, and nobody deserves all of these accolades more than she does. She’s just so gifted and such a wonderful, genuine person. With that being said, yes, she is just crazy busy.”

No she is not married. On her long journey in Hollywood, Kaitlyn has never revealed anything about her relationships. But the actress is not free from the rumor of her romantic link-ups in the industry. As of now Kaitlyn Dever is rumoured to be single and focusing on her career. Earlier, she dated her ex-boyfriend Ansel Elgort (American actor, singer, and DJ) in 2014, however, the couple never openly disclosed about their love life on the internet.

How old is Kaitlyn Dever?

Yes, she formed a band with her sister Mady Dever. The duo call themselves Beulahbelle. If you want to see  Kaitlyn Dever sing, then you can check out her songs on

Who is the actress that plays Eve on last man standing?

Kaitlyn Dever is the actress that played the part of Eve Baxter on the sitcom Last Man Standing.

How old is eve on last man standing?

Kaitlyn Dever from Phoenix is an American actress who acts as Eve Baxter on the mid-running sitcom Last Man Standing since 2011. She is currently 23 years old.

What are her hobbies and favourite things to do?