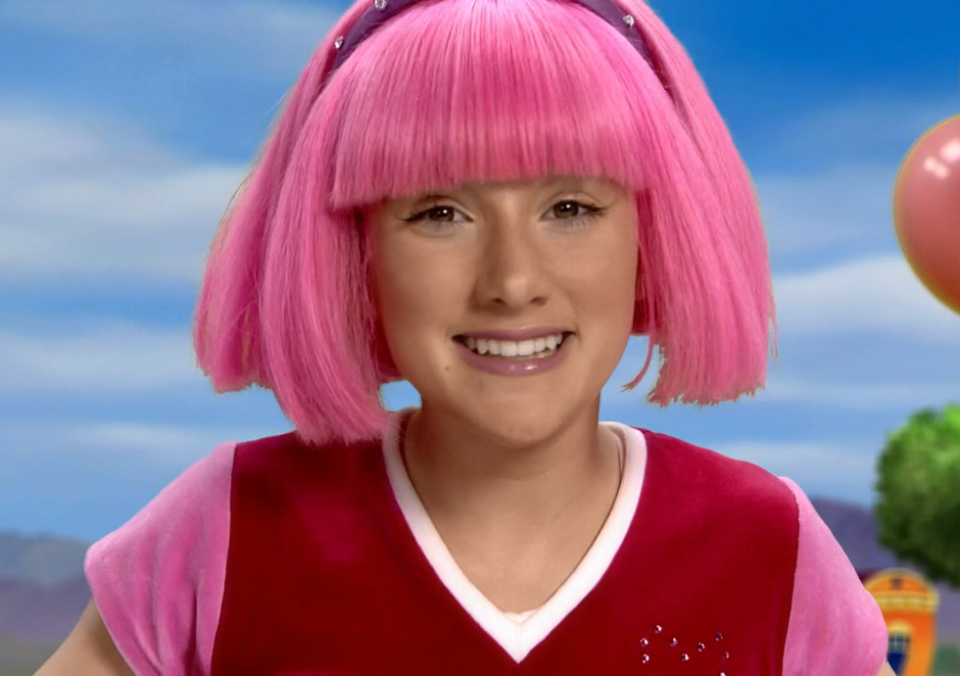 Julianna Rose Mauriello shot up to fame as an actress and dancer who made big waves in over 70 countries and five continents. Oh and she sings! She bagged her famous role on Nickelodeon’s Lazy Town as Stephanie which made her style of entertainment rather unique. Her last episode was in 2016, and fans haven’t seen her on the screen since. She isn’t active on social media either so people wondered exactly what happened to the teen since then. It certainly looks like she just disappeared into oblivion, but we are bringing her back with these facts about the actress:

The paparazzi have shared a few wild stories about Julianna being arrested for prostitution. Then, certain stories indicated that she had ended her life with a drug overdose, but these rumors are simply not true.

Then, there are several reports that suggest that she is a bisexual. There are rumors that she dated actress Amanda Burwasser between 2004 and 2008 when they were both attending the Performing Arts School. The actress has not debunked these rumors, perhaps it’s true or she sees it as just another distraction.

Fortunately, Julianna Rose Mauriello is alive and well and it may surprise you to find out what she’s actually up to these days.

Where Is Julianna Rose Mauriello From?

She was born in Irvington, New York on May 26, 1991. She is of Irish, Italian and German descent.

From Hollywood To University:

The Ameican actress and dancer has dropped out of the limelight to enjoy a little bit of privacy. After that, she went to Columbia University. Interestingly, she’s not taking theater or dance, but rather, she’s working on her master’s degree in Occupational Therapy. This is quite a switch, but the talented and brainy young lady pursued her educational goals with a career that will serve her well in the future.

Loyal To Her Fans:

Although she’s not currently working on any television or film movies, the actress has a social media account and dedicated fan pages on Twitter that regularly posts photographs along with updates. Some of the best photos show her and her dog going through the pains of training. He seems fond of tearing into a box of tissues every now and then.

Julianna began her acting career at a young age and especially dance since she trained in ballet, tap, jazz, tumbling and Irish step dancing. She brings all these on set depending on the movie and the project.

She appeared in a scene of the Nutcracker performance at SUNY and made her debut on stage in 2002 in “Oklahoma!” as Lil Titch. This feature unleashed her, bringing her close to the industry.

After watching her elder sister and brother perform in Pleasantville High School’s musical theater productions, she made up her mind to join them one day and it didn’t take quite long as she shared the same stage with them in a performance of Rodgers and Hammerstein’s Carousel. She later spent a summer at the French Woods Performing Arts Festival which brought her closer to Nancy Carson, a renowned theatrical agent who made a big impact in her growth by giving her the role of  Li’l Titch in the 2002 revival of another Rodgers and Hammerstein classic, “Oklahoma”.

Julianna also appeared in the following stage plays “Gypsy: A Musical Fable with Bernadette Peters”, “Baby June”, and “New York City Center Encores” and “A Tree Grows in Brooklyn”. She has appeared in some TV commercials of Volvo, Wendy’s, AstraZeneca (Nexium), Disney Entertainment and others.

Entertaining Is In Her Blood:

Julianna Rose Mauriello has had the influence of performing arts in her life since birth. Several of her family members were involved in the entertainment industry.

Julianna picked interest in the show business after she saw her elder sister perform on stage. As her hunger to be in the show business intensified, her parents sent her to the Performing Arts School in New York City. The family later moved to Manhattan and she continued to chase her dream of becoming an actress.

It’s no wonder that she’s had a strong attraction towards the work since she was very young.

Mauriello moved to Iceland for filming of “LazyTown.” It was at this time that she served as a presenter for the EDDA Awards in Iceland. She gained international attention, appearing in various presentations and broadcasts that were aired over 5 continents and in 70 countries throughout the world.

Prior to that she appeared in episodes of “The Doc-Files” television mini-series in 2014, as Trixie Bottom in the television movie “Bonne Nuit”(1999) and in the short “A Fix” in 2008. She has been nominated for the Daytime Emmy Award for Outstanding Performer in a Children’s Series. Her film work has been in the genre of children’s education and entertainment.

Julianna made a post on social media to announce that she is now a qualified occupational therapist. While there are quite a few posts from her previous work on her page, she isn’t indicating any efforts to get back into acting. She did share the fact that she’s currently looking for work in the field that she’s earned her advanced degree in. If she is planning a comeback, it doesn’t look like it’s going to be anytime soon

She has her nose pointed in a different direction after putting in years to complete her education. Julianna has already done a lot in her life and she’s on the brink of a new chapter in her life. Although it’s sad that she’s not working on a new movie or television series, she’s doing the common sense thing and pursuing a career in an area that interests her.

Julianna landed her breakout role on TV as Stephanie in the Nickelodeon project “Lazy Town” after the girl who was billed to take the role abandoned it.

Stephanie is a fictional character from an Icelandic-produced children’s television show called LazyTown. She inspires the citizens of the titular town to stay active. Dressed head to toe in pink, Stephanie is often referred to as ‘Pinky’ by the puppet character Trixie.

The shooting of the show required her to relocate to Iceland for some episodes for three seasons where she learned Icelandic and appeared as a presenter on Iceland’s Edda Awards. She also made live broadcast appearances in 70 countries on 5 continents.

In 2006, she was named by the Academy of Television Arts & Sciences as a nominee for its Daytime Emmy Award, “Outstanding Performer in a Children’s Series” for her role in “Lazy Town”.