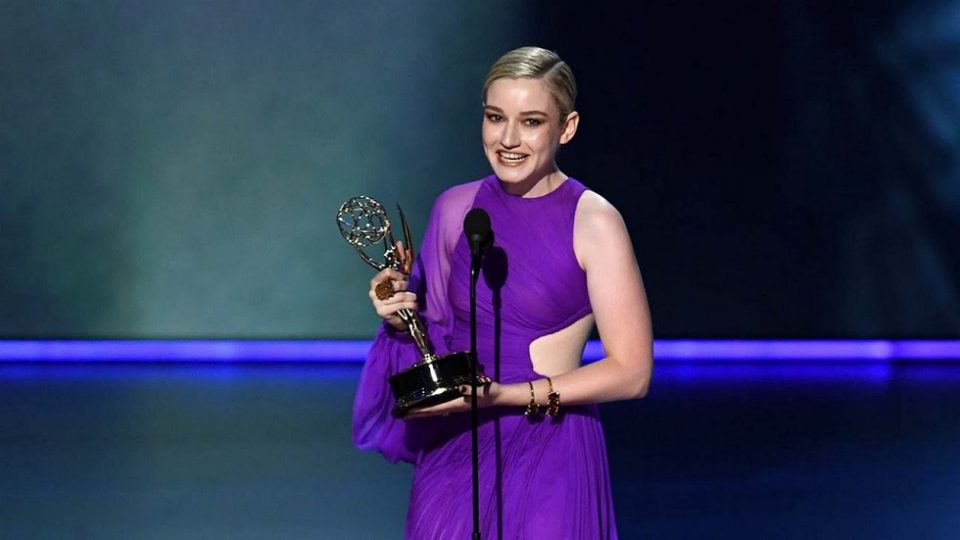 Julia Garner is a young and brilliant american actress who has won widespread critical acclaim for her role in the popular Netflix crime-drama, Ozark. Julia Garner plays the role of Ruth Langmore and has won numerous accolades for her stellar portrayal. She has won a Primetime Emmy Award for her role in the Outstanding Supporting Actress in a Drama Series. Because of her last name, a lot of people assume that Julia Garner is related to famous Hollywood actress Jennifer Garner. However, that’s not the case and they both just happen to share each other’s last names.

Julia Garner also played outstanding roles in The Americans, a spy-drama series which ran between 2015 – 2018 on the FX. She also appeared on a couple of limited series on Netflix, Waco and Maniac. Both the shows were released in 2018. Julia Garner also appeared on Dirty John, a true-crime series on Bravo which ran between 2018 and 2019. Aside from appearing in multiple shows, Julia Garner has also demonstrated her awesome acting chops in movies such as Martha Marcy May Marlene (2011), The Perks of Being a Wallflower (2012), Sin City: A Dame to Kill For (2014). While she had a supporting role in the aforementioned movies, she also bagged starring roles in Electrick Children (2012), We Are What We Are (2013), Grandma (2015), Tomato Red (2017), and The Assistant (2019). Julia Garner’s fantastic performance in her latest movie, The Assistant has been widely praised by fans and critics alike. The movie saw a limited release in January and is currently available on Amazon, VOD, and iTunes. The movie revolves around the life of a bright young college graduate who has just taken her first steps into the world of filmmaking. The movie is loosely based on the activities of disgraced Hollywood filmmaker Harvey Weinstein who has been slapped with sexual abuse charges by many of the actresses who worked in his movies. Julia Garner co-starred in this movie along with Succession’s Matthew Macfayden.

Let’s find out more about the brief and brilliant life and career of this wonderful actress.

Julia Garner: All You Need to Know

When was Julia Garner born?

Julia Garner was born on February 1st, 1994 in the Riverdale (not related to Archie comics) neighborhood of The Bronx, New York. Julia Garner grew up in a jewish household. Her mother Tami Gingold worked as a therapist in America but she also had a very successful career as a comedienne in her native country of Israel. Julia Garner’s father Thomas Garner is a successful painter who also teaches art. He was born and raised in Shaker Heights, Ohio.

Why did Julia Garner start acting?

Julia Garner started her acting lessons at the age of 15 to help her overcome her shyness. Julia Garner made her theatrical debut after learning for two years with the role of Sarah in Sean Durkin’s Martha Marcy May Marlene.

Impressed by Julia Garner’s abilities, director David Chase wrote a specific role for her in his movie Not Fade Away and invited her to play it. Julia Garner bagged her first ever starring role in the movie Electrick Children. She also co-starred with Ashley Bell in the 2013 horror flick The Last Exorcism Part II. Another starring role for Julia Garner came with the American remake of the Mexican horror classic, We Are What We Are.

Garner co-starred in Sin City: A Dame to Kill For (2014) as new character Marcie, a young stripper who crosses paths with another new character, Johnny (Joseph Gordon-Levitt).This marked the first time she acted against a green screen.

Soon after that, Julia Garner was cast for the third season of the FX period spy thriller series The Americans. She was cast in a recurring role and she played the role till the show’s sixth season.

Julia Garner was slated to make her off-Broadway debut in the play Smokefall (by Noah Haidle) at the MCC Theater in 2016. However, scheduling conflicts forced her to drop out of the play during rehearsals.

Who does Julia Garner play in Ozark?

Julia Garner bagged her most famous role in 2017. She has played Ruth Langmore in the hit Netflix crime drama series Ozark. She stars alongside popular actors such as Jason Bateman and Laura Linney. Julia Garner’s role as Ruth Langmore has attracted widespread critical acclaim. It even got her a Primetime Emmy Award in the Outstanding Supporting Actress in a Drama Series category. It’s little wonder that Julia Garner has made waves in the popular Netflix drama, she totally committed to the role and as she admitted in an interview, she worked very hard to nail the perfect accent. “I wanted to sound authentic, so a month before doing Ozark, I would only speak in the accent,” she said. “I would walk around everywhere. I’d order my food with the accent. You kind of get a sense of the character.”

Julia Garner was also chosen to play the lead role in the upcoming Netflix drama Inventing Anna. The show has been created by Shonda Rhimes.

What is Julia Garner’s net worth?

Julia Garner’s net worth is around $1 million. The majority of her earnings have come through her acting projects. She has also earned a small but significant amount of money through her endorsements.

Who is Julia Garner related to?

Julia Garner has artistic genes. Her father, Thomas Garner is a successful painter and art teacher. Her mother Tami Gingold, who currently works as a therapist, used to be a very successful comedienne in Israel. Julia Garner’s sister Anna Garner is also a writer, artist and producer. An incredibly artistic family indeed.

Who is Julia Garner married to?

In December 2019, she married singer Mark Foster from the band Foster the People.

How old is Ruth from Ozark?

When Julia Garner was cast to play the role of Ruth Langmore in Ozark, she was only 22 years old. With every season of Ozark, the age-gap between Garner and her alter-ego has become greater.

Is Ozark based on a true story?

Elia, the resort owner, said some lake residents were upset with how the locals were portrayed in “Ozark,” but she said it’s important to keep in mind the show is not based on a true story. “Obviously it’s not a documentary about life in the Ozarks,” Elia said. “It’s somebody’s theatrical take on it.

Why is Ozark so blue?

Driven by a blue-gray color palette, shadowy practical lighting, and striking locations, the cinematography of the new Netflix show engineers a grounded visual approach to match the grimy and grounded world of the backwater Missouri Ozarks.

Why is Ruth’s dad in jail Ozark?

Ruth’s father, a notorious crime boss in the area, is in prison but clearly had a lot of power over his daughter. She’s fearful of him and willing to enact his commands, including an attempt at killing Marty.

What’s next for Julia Garner?

Julia Garner has continued her role in Ozark. The third season of the critically and commercially successful show premiered on Netflix on March 27th, 2020. She also has several other projects in the works, including a leading role in a brand-new television series from Shonda Rhimes, called Inventing Anna. Garner hasn’t left her love of film behind either, and is set to appear in a film called You Can’t Win in the coming year.

Garner’s personal life is also going swimmingly. In 2019, she married her longtime boyfriend, Mark Foster. He is from the band Foster the People which became very famous for its songs Pumped Up Kicks. The couple prefers to keep things low-key, but have been spotted at red carpet events together from time to time.

Julia Garner is one of the most talented young actresses around today. Despite only starting acting at the age of 15, she has gone on to play many stellar roles in her brief but brilliant career. The future is really bright for this amazing actress and we can expect to see her in more and more amazing roles in the future.