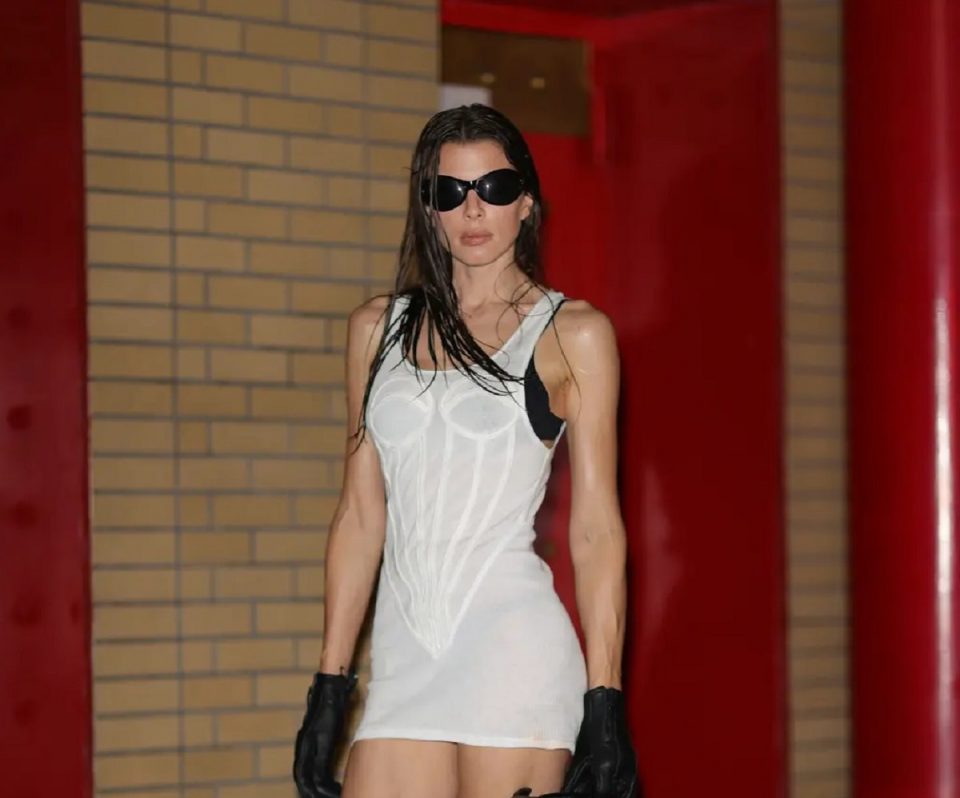 The “Uncut Gems” muse says she only dated Kanye West to get him to leave Kim Kardashian alone in addition to revealing some facts about her career and love life. Let’s begin this article keeping up with Julia Fox’s most recent truth bombs!

Julia Fox Has Made 2 Important Confessions: Find Out Here!

Speaking of truth bombs being dropped no one had any clue that Julia Fox was secretly helping out Kim Kardashian or the Jenner clan.

“If someone could distract him, that was me,” she said now while previously, she was pushing herself as a muse until everything unraveled naturally.

All for Kim and Kim for all?

During the last stages of Kanye West’s marriage with Kim Kardashian and when Kim’s relationship with Pete Davidson began, shortly after their breakup, Kanye West’s behavior towards the influencer and businesswoman left much to be desired, with attacks of jealousy or vicarious violence especially using their four children.

And then Julia Fox appeared.

At a time when the rapper was unable to let Kimberly go freely despite the fact that she had made it clear that she would not return to him.

Soon the actress of Diamonds in the rough became his partner. A relationship that only lasted six weeks, was full of controversy, and of which the interpreter assures that it has ruined his career.

For more details, Julia Fox, who is currently 32, already announced that she is going to launch a book in which she will tell in detail how her relationship with the musician was.

But before she writes it, she is giving some important details such as when she revealed in her latest TikTok video that: she did it all for Kim.

Distracting Kanye was her only task for a month:

As soon as the recording began, Julia Fox affirms that Kanye did not particularly attract her attention but that, seeing how he was treating the most mediatic of the Kardashians, whom she has always admired, she decided to sacrifice herself to save her.

“I’ve always felt great love for Kim. When Ye and I started together, he hadn’t behaved strangely yet. Sometimes he sent me messages, but the truth is that I didn’t answer them,” Fox began narrating.

“It’s just that I didn’t want to start dating a celebrity, but he went on and on,” she continued, to immediately affirm that she had “that idea”: “I thought maybe I could get Kim out of his head.”

The actress claims that she told herself: “I can distract him and make him like me.”

“I knew that if someone could do it, it was me. But because when I set my mind to something, I get it. And that month that we were together he did not go on Twitter and he was not up to date on any social network. He did not even talk about their relationship, “Fox recalled.

Julia acknowledged that Ye and herself were an odd couple:

“The truth is that we only talked about clothes and their weird ideas, our plans for the future and the hopes and dreams we have for childhood and education. It was really nice, people,” added the actress, who has pointed out that “by the time he tweeted again,” she was “already out” of his life.

Finally, Julia has condemned the criticism she has received for having dated a man who has come to make the anti-Semitic comments that Kanye made, stating that it was she who broke up and that, in fact, before cutting off, she tried to find him psychological help.

While Kanye West announces that he will run in the 2024 elections, Julia Fox is not exactly doing great career ambition wise.

She has received far fewer offers since she was seeing the rapper.

According to the actress, she has told her friend Emily Ratajkowski in the model’s own podcast, High Low with EmRata, in which they have talked about their relationships and their influence on how they see you within the industry depending on whether you are single or with a partner. And even who you’ve been with. And that’s what Fox complains about.

“After that ‘great’ relationship, I fully realized how the way people treated me changed, but not in a good way,” began the interpreter, who assures that she has been several months without receiving calls from her agent, something that has dragged on despite appearing in one of the most acclaimed films of 2019 and having worked with Steven Soderbergh in 2021 ( No Sudden Moves ).

“I am not receiving as many offers as before, for whatever reason”. And it is strange, because I have gone through many difficulties to reach the level of notoriety that I have today”, explained Julia, who nevertheless is proud of what she has achieved.

“But now I’m fine. And very busy. I really believe that things come to you at the right time, that’s why I’m not stressed or anything like that. The rest and what they say, really, I don’t care”, concluded Fox.

The 32-year-old Diamond in the Rough interpreter was dating the rapper for just a few weeks shortly after he divorced Kim Kardashian which publicly gained a lot of attention yet greatly harmed her at work.

That being said, Julia Fox who has two movies pending, Puppet and The Trainer is going to be fine with her career blossoming as long as she keeps making movies and keeps going viral for her podcast moments!

On the other hand, the truth of the matter is that Kanye has almost always been incapable of knowing when he shouldn’t say anything and his career FLOURISHES!

But it is true that these were not times when he has been accused of anti-Semitic, sexist, racist, and fat-phobic statements.

Still, dating Kanye West, even before all the controversies he’s been in this fall, has done a bad job on Julia Fox’s career.

15 Unknown Facts About Sophie Turner From Game Of Thrones