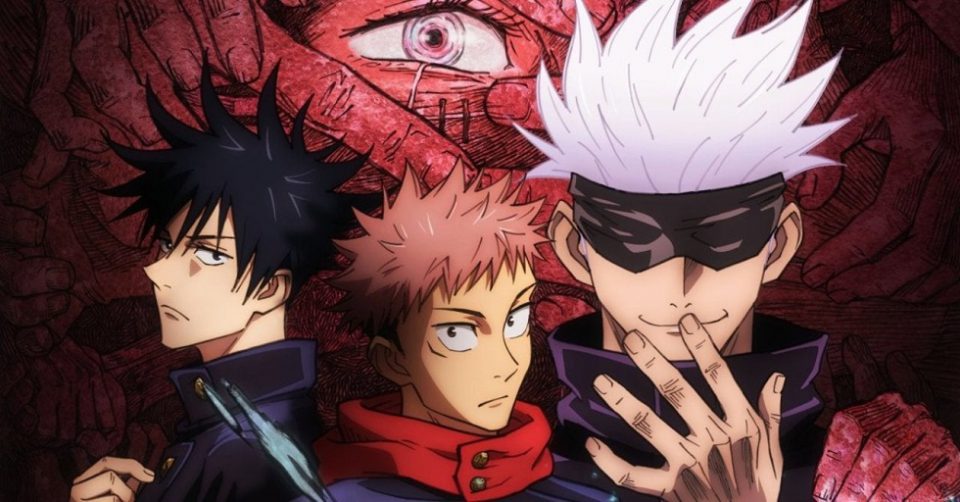 “Jujutsu Kaisen” is a Japanese manga by Gege Akutami. The manga series follows a dark fantasy battle manga depicting the battle of a witch doctor who uses magic to exorcise monsters and ghosts born from negative human emotions. “Weekly Shonen Jump” (Shueisha) was serialized from the 14th issue of 2018. An animated series adaptation produced by studio Mappa aired between October 2020 and March 2021. This one took home the title of “Anime of the Year” at the 2021 Crunchyroll Anime Awards on February 20, 2021. The prequel manga will also be adapted into an animated film, the release date of which is scheduled for winter 2021-2022.

Jujutsu Kaisen: Things To Know About The Japanese Manga!

The plot of Jujutsu Kaisen takes place in a world where plagues are created from the negative emotions of Humans. Thus, to protect places with a high concentration of these emotions such as schools or hospitals, these infrastructures have a relic, receptacle of a plague, because we can only fight against plagues with a more powerful plague. These are invisible to human eyes except for a handful of people, for example, exorcists. The exorcist’s job is to eliminate the plagues and thus protect the people from them, but this is not without risks, because these plagues can be more or less powerful.

Yūji Itadori, an average high school student with superhuman strength and a member of the spirit club, one day finds in his high school weather shelter an S-rank relic protected by a seal. Sasaki and Iguchi, his friends at the club, stay in high school for the evening to inspect the relic while Yūji is in the hospital where his grandfather has just passed away. The relic they found is one of the fingers of Ryōmen Sukuna, the mightiest of plagues. Thus, by releasing the finger from the seal, Sasaki and Iguchi are attacked by many plagues. Yūji, learning of the existence of the latter, returns as quickly as possible to high school in the company of an exorcist to save his friends from the clutches of the plagues. During a confrontation against one of them, he decides to swallow the relic to become more powerful and thus save his friends.

By swallowing this relic Ryōmen Sukuna takes possession of Yūji’s body, but this is only short-lived because the latter surprisingly manages to regain control over Sukuna. The exorcists first decide to sentence Yūji to death but, thanks to the intervention of the most powerful of the exorcists, Satoru Gojo, they finally decide to use Yūji as Sukuna’s receptacle and to kill him the day he has swallowed all of them. their fingers. Indeed, this is the only way to eliminate Sukuna once and for all.

From there begins an adventure that will lead Yūji to become a powerful exorcist to save the innocent from an unworthy death and to eliminate the plagues of this world to preserve humanity.

One journalist said if “Akutami’s raw graphic style and the design of his monstrous creatures are convincing, it is less the case with his concepts of powers and” attacks “of exorcism, than he succeeds. to be made explicit throughout the fights only by accompanying them with broad intercalary notes, cutting off the spontaneity and adrenaline essential to such stories “. The journalist nevertheless underlines that the series constitutes the second best start for a new series of Ki-oon, behind My Hero Academia, with more than 200,000 copies sold in 2020.

On January 13, 2021, Shūeisha announced that the circulation of the series in Japan amounts to 20 million copies against the 8.5 million at the beginning of October 2020; the publishing house indicates that this 235% increase is correlated with the distribution of the anime adaptation since October 2020. Thirteen days later, the circulation counts 5 million additional copies, for a total of 25 million; a progression that perseveres, reaching 30 million copies, digital sales included, on February 9. The circulation exceeded 36 million copies at the beginning of March 2021, then 40 million at the end of the month.

The Crunchyroll platform announced in December 2020 that the animated series “has already exceeded 1.5 million views in France”, ie the best start of a series on the service since its arrival in the country in 2013; the popularity of the anime also benefits its original work, Ki-oon assuring that the sales of volume 1 have “benefited from an exceptional jump of 65%” since the broadcast of the first episode of the animated series in October 2020.

The broadcasting platform also announces in January 2021 the million and a half views in German-speaking countries, making the series “one of the best series broadcast in simulcast” for these territories, and reports that sales of the manga under its Kazé brand was multiplied by five in October and November 2020.

In 2018, the series was ranked 1st in the comics recommended by Japanese bookstore employees via the Honya Club site. In 2019, she won the Culture Convenience Club’s 3rd Tsutaya Comic Awards and was nominated for the 65th Shōgakukan Prize in the shōnen category in 2019. The series is ranked 31st in the list of books of the year 2021 from Da Vinci magazine.

At the 2021 Crunchyroll Anime Awards, the animated series won various categories, including “Anime of the Year”, “Best Antagonist” with the character of Ryōmen Sukuna, as well as “Best Ending” with “Lost in Paradise” by ALI feat. AKLO.

An animated series adaptation is announced in issue 52 of Weekly Shōnen Jump published on November 25, 2019.

The manga artist Gege Akutami and the main actors appear at Jump Festa ’20 on December 22, 2019. The first season of the series consists of 24 episodes. It is produced by the MAPPA studio and directed by Sunghoo Park. Hiroshi Seko is the screenwriter, Tadashi Hiramatsu the character-designer, and Hiroaki Tsutsumi, Yoshimasa Terui and Arisa Okehazama the composers of the soundtrack.

The series airs on MBS and TBS’s Super Animeism time slot between October 2020 and March 2021 and by Crunchyroll in simulcast worldwide, except in Asia.

Micah Peters of The Ringer said that while the series’ “focused execution” of shōnen tropes makes it “infinitely watchable”, it is its “specificity, its personality, its ultra-slick stylishness” that make the show special. He added: “Like with Park’s previous work, there is a sumptuous amount of splashy, expensive, mo-cap-enabled animation, delivering on the action promised by the comics”