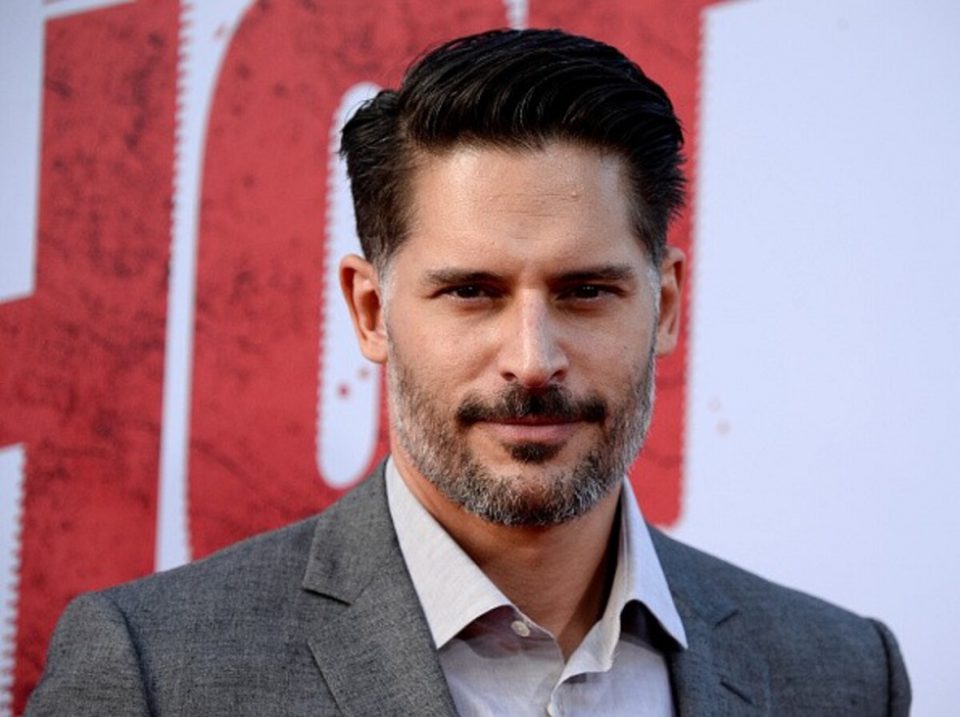 Joe Manganiello is an American actor. He is famous for his acting in movies like Spider-Man’s role of Flash Thompsom and acting in shows like the “True Blood” TV Series. Along with acting, he produces movies and TV series and Directions such as “La Bare” (2014 his own producing and Directing his documentary Movie). He also wrote a book named “Evolution” published by Simon & Schuster’s Gallery Book. He is also known for his body fitness and won lots of titles such as “Sexiest Men Alive”, “Cause You’re Hot”, and one of the world’s 25 Fitness guys of 2011 according to the Men’s Fitness Magazine. He is also active with several charities, primarily UPMC Children’s Hospital of Pittsburgh for which he serves on the board of trustees. He won some awards from NewNowNext Awards, Saturn Awards, Scream Award, Maui Film Festival, and many more for different categories.

Joe Manganiello was born on 28 December 1976. His birth name is Joseph Michael Manganiello. He was born in Pittsburgh, Pennsylvania. He holds an American nationality. His father is of Italian ancestry (From Naples and Messina, Sicily) descent and his mother has German/Austrian/Croatian and Armenian ancestry. His great grandmother was a survivor of the Armenian Genocide where her husband and seven of her children were murdered and her eight children drowned during the escape. He has one brother named Nicholas Manganiello.

He attended and graduated from Mt. Lebanon High School in Pittsburgh, Pennsylvania in 1995. He went to Carnegie Mellon University to clear Bachelor of Fine Arts Degree in Drama in 2000 and attended the same university to graduate as fellow Magic Like and co-star Matt Bomer in 2012. He used to play at the production of the musical “Oklahoma” in his senior year as the role of Jud Fry. He was the captain of his football, basketball, and volleyball team in his school and college life and went to play at the varsity level in all three sports and while graduating he won the School’s Great Alumni Award in 2011. During his school’s senior year, he won the role of Jud Fry in the production of Oklahoma and was also involved in the school’s TV Studio.

Since childhood, he was interested in acting and borrowed equipment to make films with his friends and make him a popular actor these days. He was selected for an acting program in Carnegie Mellon after a year when he was rejected early year. “Out of Courage”, “Out of Vengeance” was the student film where he performed, along with the performances he produces and wrote and act the student film. He got a good connection in the entertainment business when he traveled to New York and Los Angeles through his university to participate in group auditions.  Source: @pinterest As soon as he moved to Los Angeles and California he signed with a Talent Agent (A person who finds jobs for actors, authors, film directors, musicians, models, writers, screenwriters, broadcast journalists, professional athletes and other professionals in various entertainment or broadcast business).

After three days of Signing with the Talent Agent, he auditioned for the role of Peter Parker in the Sam Raimi directed film Spider Man (2002) and he landed the role of Eugene” Flash” Thompson. His first acting job out of college with Peter Parker’s Nemesis. Joe Manganiello reprised the role sometime after making a brief cameo at the end of Spider-Man 3. He is known for his hit movies and TV Series “Justice League” 2017, “True Blood” (2010-2014), Magic like XXL (2015) and won and nominated for big-screen awards; Saturn Award, MTV Movie Award, and Scream Award.

Along with acting, he wrote too and his first book “Evolution” published by Simon & Schuster in December 2013 and did great publicity where they were forced to print the second edition after only five days of release. The guiding book was for The Cutting Edge Guide to Breaking Down Mental Walls and Building the Body You’ve Always Wanted.

He also self-financed, directed, and produced (with his brother/producing partner Nick Manganiello) the independent documentary movie “La Bare” in 2014. The movie is about a male strip club in Dallas, Texas and was released theatrically on June 27, 2014, and went to crack the top ten iTunes documentary downloads in its first 24 hours of release on VOD (Video on Demand) He had to drop out of his role due to his health issues in the upcoming History Channel show “Six” and production was getting delayed while his role was being recast. And also the “True Blood” alum had to pull out due to his health issue and physical demand for the role.

Joe Manganiello was engaged to Audra Marie from the year of October 2010 to October 2011. Later on, he started dating Colombian-American actress Sofia Margarita Vergara who is an actress, television producer, presenter, and model. The actress known for her role as Gloria in Modern Family met Joe Manganiello at the White House Correspondents Dinner in May 2014. She was a top-earning actress in American Television in 2012, 2013, and 2016 and is the highest-paid TV actress in the world of 2019.

They got engaged on Christmas Eve after six and a half months together. Joe Manganiello has no kids yet but Sofia has a son from her ex-husband Joe Gonzalez who married her high school sweetheart.

He has Brown eyes and Black Hair.

He has an athletic body and played several games like football, volleyball, and basketball in his school life.

Joe Manganiello’s major wealth comes from his acting career. He has starred in numerous films and TV series. Manganiello’s films alone have grossed in multi-millions. Depending upon the roles, his income is quite a decent amount per project. Besides acting, he has also stepped into producing and directing and has produced/directed a few. His net worth is estimated at $16 million dollars.