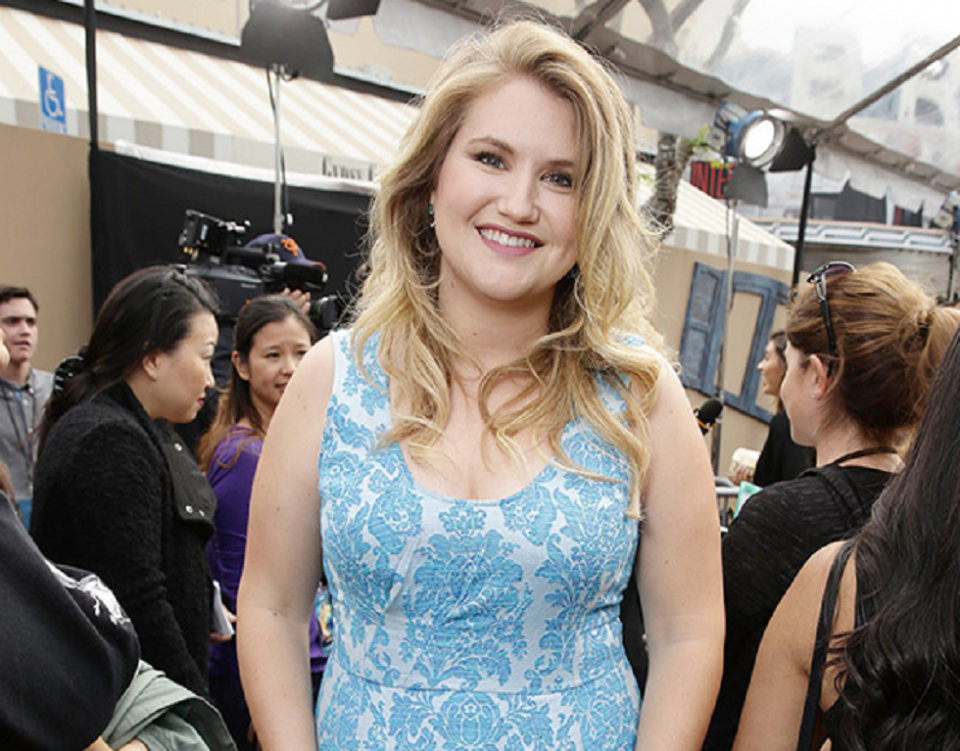 She’s the American actress who starred in the 2019 film Brittany Runs a Marathon and in as Jillian Belk on Workaholics, who we’ve come to find interesting as an actress who was willing to put her raw experiences out there for entertainment, and comedy. Jillian Bell began gaining fame with a recurring role as Dixie on the final season of Eastbound & Down, and appeared in 22 Jump Street and Fist Fight.

The comedian and screenwriter has voiced the role of Violet Hart in Bless the Harts after Brittany Runs a Marathon’s success since 2019.

1. Jillian Bell began taking improv comedy classes at the age of 8 in a local teacher’s backyard:

Jillian Bell was born and raised in Las Vegas, the daughter of Tanzy and Ron Bell.  She is of Romanian ancestry through her maternal grandmother. Bell began to study improv very young. She graduated from Bishop Gorman High School in 2002.

2. Jillian Bell was voted Most Likely to Be Famous during her senior year of high school:

At the age of 18, the future actress dropped out of college after one semester and moved to Los Angeles to pursue a career in comedy.

In 2011, she began to play “Jillian Belk” on the Comedy Central series Workaholics. Film director Paul Thomas Anderson noticed her in Workaholics and cast her to play a small role in his 2012 film, The Master and yet again in another small role in his 2014 film, Inherent Vice. She had a recurring role as Dixie in the fourth and final season of Eastbound and Down. In 2014, she appeared in 22 Jump Street alongside Jonah Hill and Channing Tatum. In 2015, she co-starred in Goosebumps and The Night Before.

In January 2016, Comedy Central debuted a new series, Idiotsitter, in which Bell portrays the constantly misbehaving adult daughter of wealthy parents. Idiotsitter was launched as a web series in early 2014, before being picked up in June 2014 by Comedy Central for network airing.

Bell starred as the Fairy Godmother in Disney’s Godmothered, which was released on Disney+.

3. Jillian Bell was a member of the renown sketch-comedy troupe The Groundlings:

The Groundlings taught Will Ferrel, Kristen Wig and Mellisa McCarthy to name a few of its alum.

Bell is also an alum of The Straitjacket Society in Los Angeles.

4. Jillian Bell auditioned to be a cast member of Saturday Night Live, but was rejected and offered a job as a writer for the show instead:

The same year Bell was cast to act in an episode of Curb Your Enthusiasm as an assistant who wears revealing clothing at work.

5. Bell realized that the best way to connect with Brittany was to go through a similar physical change herself:

“Brittany Runs a Marathon, tells the story of a woman who feels stuck in her life and decides to set an epic goal: to run the NYC marathon. It’s based on a real woman—the amazing and inspiring Brittany O’Neill—and is the first script I’ve read that really showcased the highs and the lows of a transformation tale. I was inspired to go through the same physical journey the character takes on in order to prepare for the role, so I started running. And I lost 40 pounds, as Brittany did. It was hard and emotional, but it connected me to the character in a way I hold very dear” – Jillian Bell

“After, a woman approached me and asked if I found myself feeling more confident in my own skin after I lost the weight. I told her the truth: No.”

“ For me, I was less in my head when I had a little more body to my body. When I lost weight, however, I was constantly comparing myself to other women. “Am I bigger than her?” I found myself thinking. “Smaller?” At times I was frustrated when people didn’t comment on my weight loss. But if someone commented in a way that felt hurtful to my old body, I was upset too” – Jillian Bell

7. Jillian Bells encourages you to celebrate your body at every stage:

“ I realized in both of these bodies I had experienced love and loss, laughter and tears, first kisses and kidney stones. (Kidney stones SUCK, by the way.) Both bodies had experienced panic attacks and movie premieres and way too many nights in watching The Office. We wondered, What would happen if we tried to celebrate all stages? What if everyone saw old pictures of themselves and stopped judging those women? What if we focused on the experience we were having at the moment, rather than whether or not our pants look too tight?

Usually, when I’m not some “ideal” weight—what weight is that? I’ve never reached it—it’s because I’m too busy living my damn life. I was traveling to Italy or writing something I’m passionate about or dating someone I can be myself around. The two times I was at my skinniest were also low points: I was suffering from major anxiety and had lost my father” – Jillian Bell

The 5 Love Languages: How to Have a Healthy, Committed Relationship