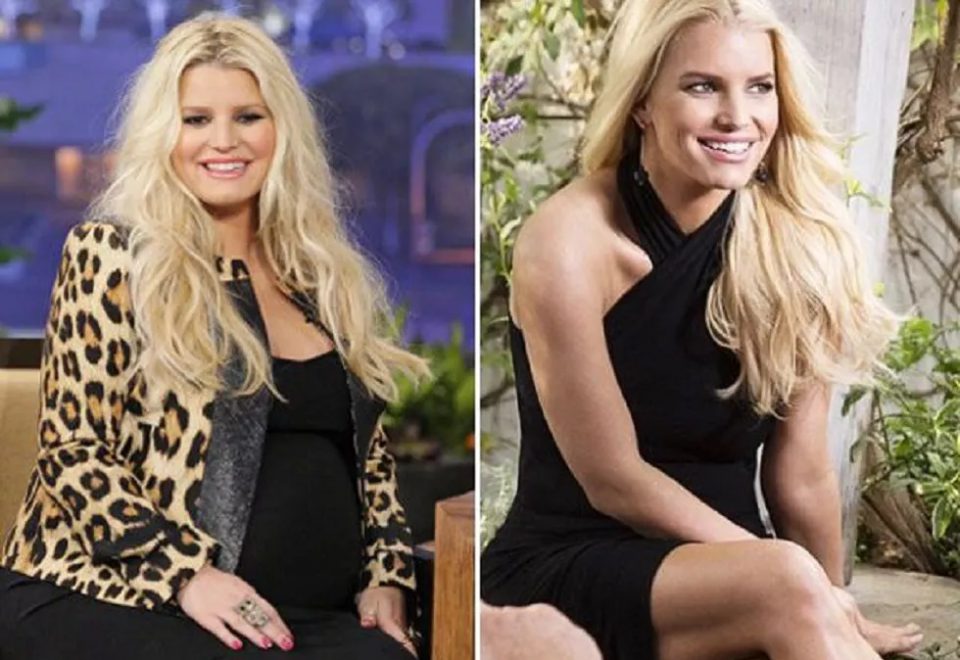 Here are the five habits Jessica used during her 100-pound weight loss journey:

Simpson’s plan didn’t include “any extreme diet or radical forms of exercise,” according to her trainer. In fact, he eased Jessica into activity slowly, starting with walking 6,000 steps daily.

The Open Book author focused on walking as Pasternak said “It’s a social thing that she can do with her kids”. Soon enough the mom of three would go on walks with her family or hop on the treadmill to get her steps in.

Eventually, she worked up to 14,000 steps a day, according to E News. Not only that, the singer began adding strength conditioning into her routine. “We started with doing a full-body workout, one set of each exercise, not really doing too much intensity per body part and gradually increasing the volume and intensity,” Pasternak said. “Focusing on a few muscle groups per day. Different muscles each day of the week.”

We all know that diet played a big role in her weight loss. Jessica followed Pasternak’s Body Reset Diet, which incorporates three meals and two snacks each day. As we mentioned above, Jessica wanted to feel energized every day and we think this diet helped!

She gave priority to lean proteins and vegetables while snacks are a combo of protein and fiber or protein and fat. “She’ll have foods that are very flavorful that are healthier versions of things like a tortilla soup or Tex-Mex,” Pasternak says.

So the snacks sound fun but there’s more fun in store! Simpson was allowed to chew on Pasternak’s Sweetkick mints when she wanted to curb sugar cravings. The singer also had cheat meals throughout the week. “You don’t have to have all of your indulges in one day, Pasternak said. “. It tends to be a little extreme if you do that.”

“And if she has a birthday party one night and a date night another night, she’s going to indulge both of those nights, but that’s it,”……”It’s about balancing in a way that doesn’t make it painful or too much of a departure from your life before that.”

3. Jessica hit the gym with Pasternak and trainer Sydney Liebes:

Simpson successfully belted out 45-minute sessions three days a week, and impressed her trainers along the way.

“You have worked your ass off and the reward is priceless!” her trainer Sydney shared in a congratulatory Instagram post. She also added: “I’ve been training for 10 years now and I have never been more excited for a client transformation.”

4. She spent 1 hour detoxifying from technology every day:

Jessica’s weight loss was about much more than working out and eating right.

“Unplugging from technology” for at least an hour every day helped her get restful sleep, Pasternak stated to the magazine.

5. She slept her way to weight loss – at least 7 hours of sleep every night:

Last but not least, quality sleep was key to Jessica’s success. “So many people undervalue the importance of sleep in weightless and weight management,” Pasternak told E News.

The singer would keep an eye on her progress with a Fitbit and track and update her trainer with daily updates via email. “Every night before she goes to bed she sends an email showing that she hit all five tasks, so she’ll go to bed feeling successful,” Pasternak told People. “She’s hit her step goal, she’s eaten well, she’s balanced her responsibilities — so she can go to bed with a sense of fulfillment, and that’s everything.”

Once she completed her other tasks, Jessica’s attitude also saw great shifts:

She was so motivated and positive. She was saying that her body has not belonged to her for the past decade. Not in a bad way, in a positive way—her body has been designated to create life and now it’s hers again and she’s going to make it fantastic in a really enjoyable way.”

Most Romantic Hollywood Movies You Should Watch