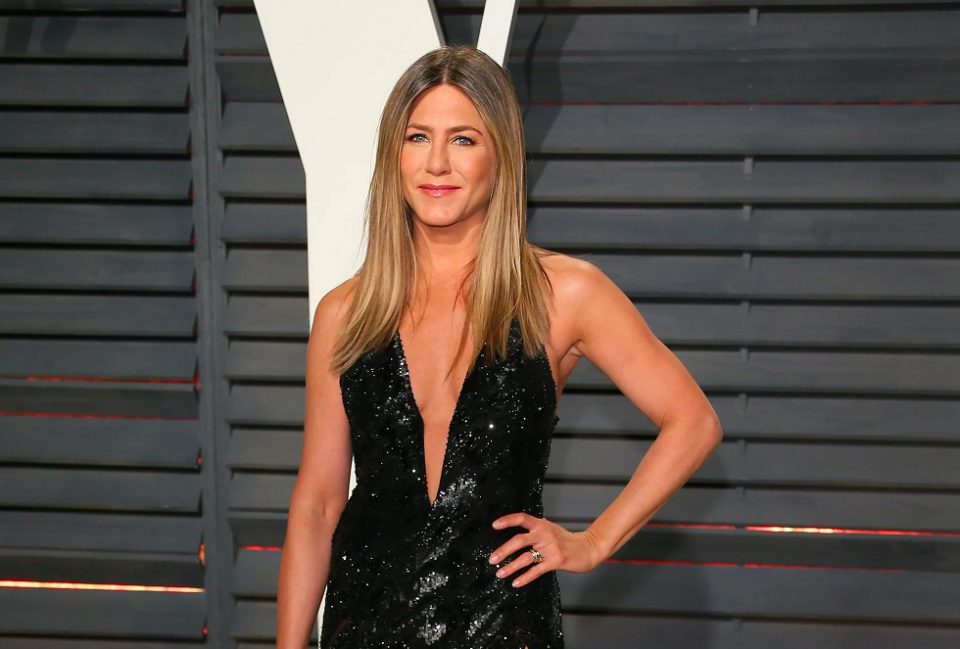 The cast of Friends are so synonymous with their TV roles that it’s difficult to imagine them in any other roles early on in their careers. So it was interesting that we discovered some grainy footage of the “Just Go With It” actress as a young woman in a pre-Friends collection of movies and shows that never made it to air. Want to know personal details about what it was like for the “Bounty Hunter” and “Cake” actress before that happened? Here’s our list of sitcoms and movies that Jennifer Aniston banked on but flopped at before her breakout role on Friends.

All The Jobs That Jennifer Aniston Had Before FRIENDS:

Since her breakout role as Rachel Green in 1994, Jennifer Aniston has been a household name, but prior to that she scooped roles in a number of sitcoms, many of which were cancelled, which is SO common in Hollywood. Lucky for us, the tapes were not deleted so get ready to throw it way back to the blasts of nineties nostalgia.

Fox’s Molloy, starred The Big Bang Theory’s Mayim Bialik who played 11-year old Molloy Martin, who relocates from New York to LA following the death of her mother, moving in with her father, step-mother and family. The Friends actress was just 21 years old at the time and was cast to play the role of Molloy’s sassy, beauty-obsessed older step-sister. Jennifer was Courtney Walker. Mayim herself has shared a couple of social media throwbacks to filming Molloy and they’re comedy gold, with plenty of sweeping side fringe, hats and other 90s style involved.

In terms of watching Molloy, just know that everything from the fashion to the set design, is supremely and a 100% nineties. Except for the fact that Jennifer Aniston’s 90’s iconic subtle Rachel Green highlights hadn’t begun yet. Instead, she had an 80’s inspired back-combed side ponytail.

In one show snippet, Jen storms into the family kitchen – dressed in a mini and some questionable white tights – didn’t you make stupid choices when you were younger too? So no shade here.

In the 90’s Jennifer Aniston was being typecast as the villain and not the eventual girl next door. After playing the spoiled sister on Molloy, she got a gig as another spoiled sister on the TV adaptation of Ferris Bueller’s Day Off, starring Charlie Schlatter in the Matthew Broderick role.

Aniston played the role that had initially made for Jennifer Grey. Interestingly, Grey would go on to star in the ABC sitcom It’s Like, You Know, one of the many nineties comedies to follow in the footsteps of Friends.

Unlike Molly, you can see a lot of Aniston’s Friends character Rachel in one of her best Ferris Bueller moments … she even lusts after a big Italian hunk, much like the not so beloved black haired cat loving, Paolo.

During these years, Jennifer Aniston was part of the cast of The Edge, a Fox sketch series toplined by Julie Brown (the cast also included Wayne Knight, Bridesmaids creator and director Paul Feig, and Alan Ruck — another Ferris Bueller connection!). The Edge series ran concurrently with Fox’s In Living Color, but wasn’t nearly as successful, surviving only for one season.

Fortunately, YouTube has preserved Aniston’s most notable moments from the series, including a sketch that is mostly just long, slow pans of Aniston’s swimsuit-clad body, as well as a 90210 spoof (she played Jennie Garth!).

Like many famous actors who are now Hollywood staples, Jennifer Aniston got her start in horror. Just before the premiere of “Friends,” Aniston starred in 1993’s Leprechaun, a 1993 American horror comedy film starring Warwick Davis in the title role, and Jennifer Aniston in her film debut in a franchise that the actress never returned to.

Her character kinda-sorta did return in last year’s Leprechaun Returns, (not really, thanks to a voice actor doing her best Jennifer Aniston impersonation).  Chatting with Howard Stern, Aniston reflected on her first major movie role. “I really thought I arrived when I did Leprechaun,” she told Stern.

Jennifer Aniston continued, “It was with Warwick Davis, the guy from Willow was in it. It was a big deal! I really did think it was an amazing thing that I was in a movie.”

As Aniston admitted to Stern, she most recently got down to watching Leprechaun around eight years ago, when then-boyfriend Justin Theroux insisted upon watching it one night.

“I watched it like, 8 years ago with our mutual friend Justin Theroux for shits and giggles,” she admitted. “We were dating. It was one of those things when I tried to get that remote out of his hand and there was just no having it. He was like, ‘No, no, no, no, this is happening.’”

“I just kept walking in and out, cringing.”

Aniston’s final unsuccessful sitcom before Friends was Muddling Through. This was a CBS comedy about a woman who enters prison for shooting her philandering husband in the ass ( sounds funny right? – well she had to go to jail for 2 years for it) but she also then learns that her eldest daughter (Jennifer Aniston) has married the state trooper who arrested her.

During this time in 1994, (perhaps before Muddling Through) Jennifer Aniston pulled into a Sunset Boulevard Chevron station, self-doubting her career after so many failures. But, gassing up across from her was Warren Littlefield, the then-president of NBC’s entertainment division. She had luckily spotted a man with the power to make actors into superstars. Aniston approached him bravely and asked a simple question about her career, which not many actors will admit out loud but silently wonder after four failed sitcoms and some movies in a row: “Is it ever going to happen?”

Like a good mentor, Littlefield re-assured her that it would, and months later, he made good on his promise by handing her the script to Friends, which finally kick started Jennifer Aniston’s future path into finally making it to the big league in Hollywood.

She didn’t know this at the time and like her other sitcoms this too doomed to failure:

The rest is history, locked inside apartment No. 20 on the set of F.R.I.E.N.D.S.

She was broke, depressed, and far too young:

Jennifer Aniston’s early acting resume is a TV adaptation of Ferris Bueller’s Day Off in 1990, Fox comedy sketch show The Edge in 1992, and CBS comedy Muddling Through in 1994, when the actress was just on the edge of landing her role in Friends. But she didn’t know it yet, although she felt that a change was around the corner.

She told Collider in 2015: “I just had this deep feeling in my gut that somehow something was going to happen, and I just had to be patient.”

Before this, Jennifer Aniston claims she was completely broke. The young actress had to take many jobs to keep up with her dreams.

Jennifer Aniston Was A Waitress

Rachel on Friends may have worked as a waitress at Central Perk with no past experience whatsoever, Aniston paid the bills by working as a waitress at Jackson Hole Burgers on Manhattan’s Upper West Side.

“I worked at a restaurant called Jackson Hole, on 85th and Columbus, burger joint. The best burgers by the way. I worked there for about two and a half years, and they were so good to me.”

The job helped the young actress to pursue her acting career as she said:

“If I got a crappy little play down on 13th street or whatever awesome job I thought I had received, [her boss] would let me go for two or three months, and they would always let me come back. My job was always there…What I thought was my real job was being a waitress and then I would go and do theater on the side.”

Jennifer Aniston Was A Telemarketer

Would you hate when a telemarketer called you if it was Jennifer Aniston on the other end of the line?

The future Friends star worked only two weeks as a telemarketer.

“I moved to L.A. and was telemarketing next to a Taco Bell.” Sounds just like the Hollywood dream! Maybe she hated making the calls as much as everyone else hates getting the calls.

Jennifer Aniston Was A Bike Messenger

Before the 90s icon became one of the most famous women in the world, Jennifer Aniston made money however she could and that included strapping on a helmet and delivering packages and letters via bike.

She began this easy, accessible job as a 19 year old, but she described the gig as the hardest job she’d ever had.

When suggested that the image of Aniston riding around town was sexy, she replied with a definitive, “Not if you saw me riding the bike…My lowest moment was probably driving into a door that opened. I’m very uncoordinated and extraordinarily klutzy.”

She said she was an incompetent waitress and delivered parcels late as a bicycle messenger. Luckily for us, she’s a killer actress and a timeless style icon!

Jennifer Aniston Was A NutriSystem Spokesmodel on the Howard Stern Show

Jennifer Aniston was a bit chubby when she was younger. Maybe she used her history of weight loss to do whatever she could to get funding and get noticed as an actress. She landed both with this gig that included appearing as a NutriSystem ‘Success Story’ Spokesmodel on the Howard Stern Show. Praising the product that she claimed helped her lose 15 lbs in 6 weeks.

12 Facts About Tom Ford From Being An Actor To Alcoholic