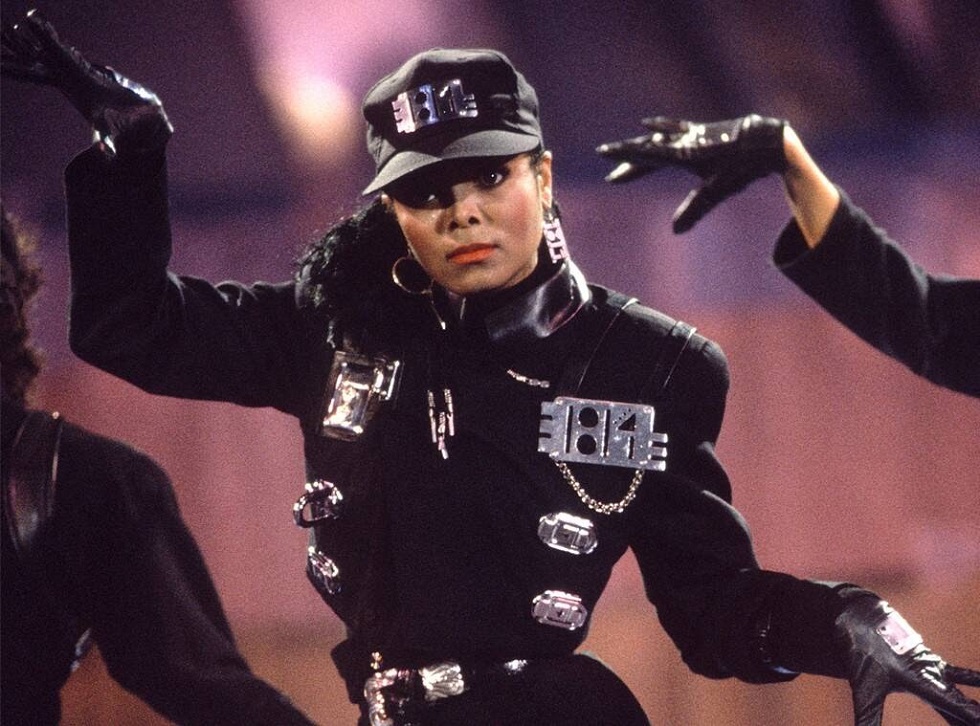 Janet Damita Jo Jackson is a legendary American singer, songwriter, actress, and dancer. Janet Jackson is the sister of the King of Pop Michael Jackson. Her amazing songwriting, singing and dancing abilities have made her one of the most popular modern day female pop stars. Throughout the course of her illustrious career, Janet Jackson made a name for herself for her socially conscious, sonically innovative and sexually charged albums and wonderful stage shows. Janet jackson is also the youngest child of the Jackson family. She has eight older siblings. The most famous of them being Michael Jackson. After signing a recording contract with A&M Records in 1982, she ascended to pop superstardom upon the release of her third and fourth studio albums Control (1986) and Rhythm Nation 1814 (1989).  Janet Jackson signed the first of her two multi-million dollar contracts with Virgin Records in 1991. These contracts helped her one of the highest paid music artists in the world, shattering a major glass ceiling for black female music artists in the process.

As of 2020, Janet Jackson’s net worth is approximately $190 Million dollars.

Janet Jackson: All You Need to Know

When was Janet Jackson born?

Janet Jackson was born on May16th, 1966. She hails from Gary, Indiana. Janet Jackson is the youngest of nine children. Janet Jackson’s father’s name was Joseph Walter Jackson and her mother’s name was Katherine Esther. The Jacksons were devout Jehovah’s Witnesses and Janet Jackson grew up in a highly religious lower middle class family. Later on in life, Janet Jackson moved herself away from organized religion. When she was very young, her brothers started performing inn the Jackson 5 quintet. Even though Janet Jackson had planned on becoming a horse racing jockey or an entertainment lawyer, her parents eventually convinced her to choose the field of entertainment. At the age of seven, Jackson performed at the MGM Casino on the Las Vegas Strip. It was later revealed in a biography that her father, Joseph Jackson, was emotionally withdrawn and told her to address him by his given name as a toddler. So she never called him ‘dad’ while growing up.

Janet Jackson grew up with a family that was into the entertainment business. She recorded herself within the studio when she was 7 years old. In 1976, Jackson began acting within the variety show ‘The Jacksons’. The following year, she bagged the highly coveted role of Penny Gordon Woods within the sitcom ‘Good Times’.

In 1993, upon the release of her fifth album, Janet, she began cultivating a public image of a sex symbol and started exploring sexuality through her music. 1993 also marked Janet Jackson’s foray into the world of acting when she bagged a role in the movie Poetic Justice. Billboard hailed her the second most successful recording artist of the 90s after Mariah Carey.

In 2015, Jackson established her own record label, Rhythm Nation, thus becoming one of the first African-American female musicians to own a record label. Under it, she released a lead single ‘No Sleep’ which bagged the number one spot on the Billboard charts.

During the halftime show of Super Bowl XXXVIII between the New England Patriots and the Carolina Panthers, Janet Jackson performed alongside Justin Timberlake. At the end of the performance, Justin Timberlake tore Janet Jackson’s costume open, exposing her right breast to over 140 million viewers.

After the incident, Janet Jackson issued a public apology and explained that it was an accident. Timberlake was only supposed to remove a part of her bustier and leave the red lace bra intact. However, he accidentally tore the bra away as well. Timberlake also issued an apology for the incident, labelling the incident a ‘wardrobe malfunction’. That incident has gone on to be known as the ‘Nipplegate” over subsequent years. It has also entered the Guinness Book of World Records as the ‘Most Searched in Internet History”.

What is Janet Jackson’s net worth?

Janet Jackson is one of the most successful and influential music artists of all time, she has sold over 100 million records during the course of her career and has performed numerous sold out shows worldwide. She also holds the record for the most consecutive entries in the top 10 of the US Billboard Hot 100 SIngles Chart by a female artist with 18. Billboard also named her the seventh most successful Hot 100 artists of all time. She was also named the second most successful dance club artist of all time after Madonna. Janet Jackson was also inducted into the Rock n Roll Hall of Fame in 2019.

Janet Jackson has donned several hats throughout the course of her career. Aside from being a wildly successful music artist, she is also a successful entrepreneur. She became the primary celebrity within the brand’s history to endorse the style line Blackglama for 2 years.

She even launched her own jewelry line. Janet Jackson is also a best selling author. Her self help book True You, which also chronicled her life and struggles, went on to top the New York Times list of best selling trade paper backs. As a result of all her incredible success, Janet Jackson’s net worth as of 2020 is $190 million. Janet Jackson also teamed up with her brother Michael Jackson to produce and appear in the most expensive music video of all time, Scream.

Here are some of the best highlights of Janet Jackson’s career:

“My mother is very strong. Aside from wanting her beauty and her heart, I actually wanted her strength. And I’ve always thought I don’t have it.”

“People do see me as sweet and innocent. Not to say that i’m not those things. But I even have other sides to me.”

“Dreams can become a reality once we possess a vision that’s characterized by the willingness to figure hard, a desire for excellence, and a belief in our right and our responsibility to be equal members of society.”

“During my life, I’ve been on both sides of the rope. At times, especially during my childhood, I felt overlooked and alone. At times, I felt misunderstood…But no human heard those feelings expressed. They stayed buried in the past. But now the truth has to come out, and for me, the truth takes the form of a song.”

“We’re all driven to premieres or nightclubs and seen the rope separating those that can enter and people who can’t. Well, there’s also a velvet rope we’ve inside us, keeping others from knowing our feelings. In this album, I’m trying to show and explore those feelings. I’m inviting you inside my barrier.”

Janet Jackson is the Princess of Pop. She is a global icon and has been a legend since the 80s. Janet Jackson and her brother Michael have left a long lasting influence on modern choreography. Over the course of four decades, Janet Jackson has sold millions of albums worldwide and has continued to be relevant even today. She performed to a sold out crowd in Glastonbury in 2019. Even though she was over 50 years old in that show, her moves were out of this world.

Aside from the notorious ‘Nipplegate’ controversy during the 2004 Super Bowl Halftime show, Janet Jackson has been a much adored public figure throughout the course of her life. She is definitely one of the greatest musicians/entertainers of the modern era. If it weren’t for Janet Jackson, we might not have modern day superstars like Rihanna and Beyonce. As of 2020, Janet Jackson’s net worth is around $190 Million.