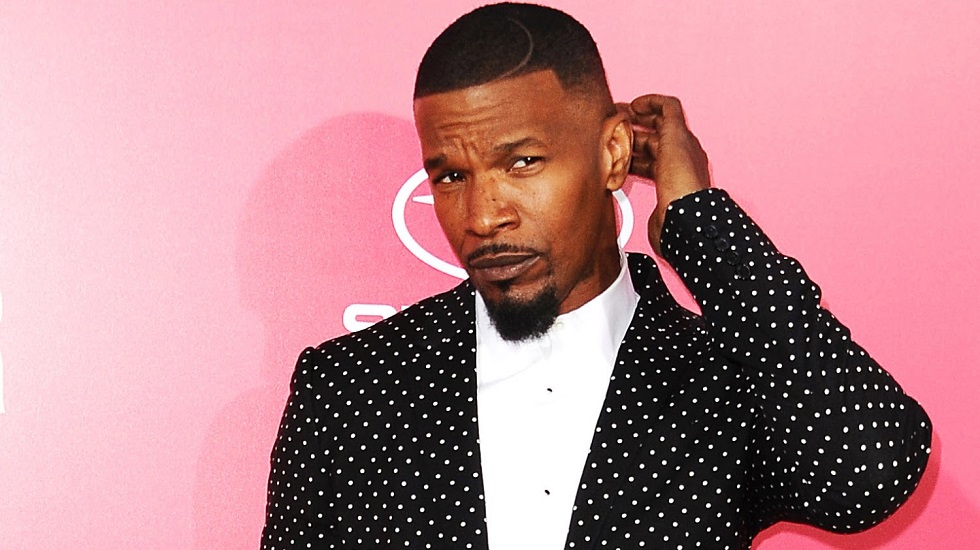 Eric Marlon Bishop, known by his pseudonym Jamie Foxx, is an American singer, songwriter, actor, and comedian from Terell, Texas, USA. Jamie Foxx rose to fame after starting his career in comedy in 1989. That also coincided with the start of his acting career. Jamie Foxx’ most critically acclaimed role was his portrayal of blind music composer Ray Charles in the 2004 biographical movie, Ray. Jamie Foxx swept the award circuit that year, going on to win the Golden Globe Award, Oscar Award, Screen Actors Guild Award, BAFTA Award and Critics Choice Movie Award for his portrayal of Ray Charles in the movie. Coincidentally, Jamie Foxx was also nominated for a Best Supporting Actor Oscar for his role in the crime drama, Collateral. Jamie Foxx has played numerous memorable roles on the big screen and TV. Some of those roles are staff Sergeant Sykes in Jarhead (2005), record executive Curtis Taylor Jr. in Dreamgirls (2006), Detective Ricardo Tubbs in the 2006 film adaptation of TV series Miami Vice, the title role in the film Django Unchained (2012), the supervillain Electro in The Amazing Spider-Man 2 (2014), Will Stacks in Annie (2014), and gangster Bats / Leon Jefferson III in Baby Driver (2017). Jamie Foxx also appeared on the famous sketch comedy show In Living Color. He even appeared in his own show The Jamie Foxx Show as Jamie King Junior. The show ran from 1996 to 2001. Jamie Foxx has also served as the executive producer and host of Beat Shazam, a game show on Fox. Jamie Foxx is also a highly accomplished musician. He went to university on a music scholarship and plays the piano very well. Jamie Foxx has also won a Grammy Award. Four of his albums, Unpredictable (2005), Intuition (2008), Best Night of My Life (2010), and Hollywood: A Story of a Dozen Roses (2015) have appeared on the top 10 of the US Billboard Top 200 albums chart. Unpredictable actually went on to top the chart. Jamie Foxx also collaborated with Lionel Richie to do a modern version of the 80s smash hit We Are the World for earthquake relief in Haiti. That track was renamed We are the World 25 for Haiti. As a result of all of his incredible success in multiple fields, Jamie Foxx’ net worth is $100 million.

Jamie Foxx: Net worth and career

When was Jamie Foxx born?

Jamie Foxx was born Eric Marlon Bishop on December 13th 1967. Jamie Foxx was born in the town of Terell in the state of Texas. His father’s name was Darell Bishop and his mother’s name was Louise Bishop. Shortly after his birth, Jamie Foxx was adopted by his mother’s adoptive parents, Esther Marie and Mark Talley. Jamie Foxx was raised in the black part of Terell as the society was very racially segregated at that time. Jamie Foxx has admitted to having little to no relationship with his biological parents and he was basically raised by his grandparents. His grandmother has had a profound impact on his life. Jamie Foxx has credited her as the biggest reason for his success. During his childhood, he had a natural talent for telling jokes and playing the piano. Jamie Foxx was raised in a strict Baptist household and started playing the piano from the age of five. His grandmother made him practice for an hour everyday.

Where did Jamie Foxx study?

Jamie Foxx went to Terell High School where he finished in the top of his class. While at school, Jamie Foxx was a star athlete who excelled in both Football and Basketball. Jamie Foxx was the first player in Terell High School’s history to throw for more than 1,000 yards in a season. He used to dream of laying quarterback for the Dallas Cowboys. After graduating from high school, Jamie Foxx joined the Alliant International University on a music scholarship. He studied music and performing arts composition.

Jamie Foxx started his career by performing stand-up comedy in 1989. His acting career started in 1991 when he decided to join the cast of a sketch comedy television series In Living Color; where he starred in 95 episodes.

In 1992 Jamie Foxx starred in his debut movie as Baker as a member of the cast on the fantasy comedy movie Toys.

In 1996 he starred in his own television program , The Jamie Foxx Show, which aired on TV from 1996 to 2001. In the highly successful show, Jamie Foxx collaborated with a wide gamut of celebrities including people such as Garrett Morris, Garcelle Beauvais, and Christopher Duncan. The show turned out to be highly successful.

Jamie Foxx was cast for the role of Willie Beamon in the 1999 football movie Any Given Sunday. That movie also starred Al Pacino and Cameron Diaz. That role ended up being a very important part of Jamie Foxx’ career.

Foxx’s fame as an actor grew with his award winning portrayal of Ray Charles in the movie Ray. He swept the award circuit for his performance in the movie. He rose in fame after his roles in movies like Miami Vice, Dreamgirls and The Soloist. More recently, Jamie Foxx received widespread acclaim for his roles in the movies Rio, Horrible Bosses, White House Down and Django Unchained.

In 1994, Jamie Foxx, released his first music album Peep This.

Foxx brought out his second album Unpredictable in 2005, which debuted at No. 2 on the U.S Billboard 200 chart, eventually moving up to No.1.

His third album Intuition was released in 2008 where famous rappers like Kanye West, T-Pain, and Fabolous were featured. The album reached the top three on the U.S Billboard 200 chart.

Jamie Foxx is a very famous actor and musician. He has co-starred with some of the greatest actors of all time, and he has appeared with some of the most popular music artists on his album. His movies have earned millions of dollars and his albums have sold millions of copies worldwide. He is also an avid sports fan and known for impersonating many sports personalities very well. As a result of all of his success in such a wide variety of fields, Jamie Foxx’ net worth as of 2020 is $100 million.

Here are some of the best highlights of Jamie Foxx’s career:

“If you look at how long the Earth has been here, we’re living in the blink of an eye. So, whatever it is you want to do, you go out and do it.”

“Black people are the most talented people in the world.”

“I went to college on a classical piano scholarship. My grandmother made me practice one full hour a day. Every day. Man. I thought all she wanted was for me not to have any fun. Next thing you know, you have a career in music. Now, not everybody’s going to go on and be Mozart or Michael Jackson. But music makes you smarter.”

“She still talks to me now, only now she talks to me in my dreams. And I can’t wait to go to sleep tonight because we have a lot to talk about. I love you.”

“Connecting with my daughter is the most important thing in my life – the priority. I want to be a man who shows up for her. I want to have such a big influence on her so that she knows she can call me about anything, which she does.”

“I think Prince should open up a little more to other artists. Just because we love Prince. Especially the old stuff – we love him to death. But if he opened up he would be something to deal with. Imagine Kanye West producing a Prince track? It would be banoodles!”

“I’d like to say I’m R&B’s savior. Whether that’s the truth or not, I’m definitely going out there with my mic and my shield to declare, ‘I am here to save R&B.’ I will have the people saying, ‘Sir, there is a man at the musical gates saying he is here to save R&B.”

“I’m a real person, and I’m angry. I’m trying to use this celebrity thing to get people some help. AIDS, poverty, racism – I want to be one of the hands that helps stop all that. I’ll put it on my shoulders. I’ll charge it to my account.”

Jamie Foxx is one of the most successful and beloved actors of the modern era. He is also an extremely successful and accomplished musician. From his initial days of cracking jokes to keep his classmates quiet, Jamie Foxx has come a long way. He has won both the Oscars and the Grammys. He has also been directly involved with a lot of charitable ventures and has worked hard to make the world a better place and help people in need. As of 2020, Jamie Foxx’ net worth is $100 million.

What Was Brandi Glanville’s Life Like Before RHOBH and Fame?