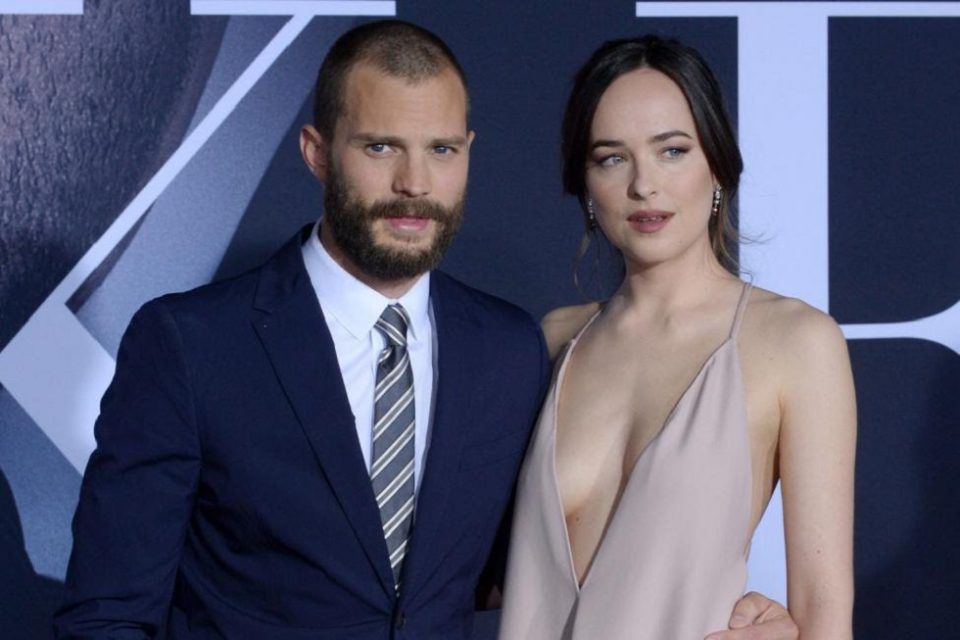 Most famous for taking on the role of a kinky billionaire businessman, James Dornan is an actor, model, and musician from Northern Ireland.

Previously beginning his career as a model in 2001 rather than actor, he appeared in campaigns for Hugo Boss, Dior Homme, and Calvin Klein. Dubbed “the Golden Torso” by The New York Times, he began his his acting career in the 2006 historical drama Marie Antoinette, 32-year-old Belfast-born Dornan has gone on to appear in little-known movies and TV shows, meanwhile he was earning a living through modeling and would even go on to get ranked as one of the “25 Biggest Male Models of All Time” by Vogue in 2015.

Going stellar thanks to his career-defining role as Christian Grey, the actor’s popularity  undoubtedly exploded following the huge box office success of the Fifty Shades movie (despite the fact it has received a less than impressive critical reception),  don’t be surprised by these things you don’t know. He may be famous and have an exponentially increased his fanbase but there is a lot of interest to learn more about the actor as a result of his raunchy role.

Jamie Dornan: 10 Facts That Will Shock You

1. Jamie Dornan was in a folk band called Sons Of Jim:

Is there no end to his talent? Not only can he act but Jaime Dornan is also a good singer. Once belonging to the group “Sons of Jim” up until 2008, he played guitar and sang soulful music. Jamie Dornan co-created the group with close pal David Alexander.

The group broke up in 2008, but not before they managed to achieve a respectable level of success. Their singles included 2005’s “Fairytale” and 2006’s “My Burning Sun”. The band was successful enough to even support the talented Scottish singer-songwriter KT Tunstall on one of her tours.

2. He was given the moniker “The Golden Torso”

Before making it big as an actor, he had already established himself as a model, and he was the face of the 2007 campaign for men’s cologne Dior Homme. Jaime once campaigned for Calvin Klein underwear, famously oiled up for the camera in iconic shots with Kate Moss and Eva Mendes.  The to-be-actor did shoots with both of these female megastars in photo-shoots for Calvin Klein, but that wasn’t the only huge brand he modelled for by any stretch of the imagination.

It was no wonder that Dornan earned himself the nickname “The Golden Torso” during his modelling days. Perhaps this was due to his chiselled physique (and it was – specifically his abs), rather than the colour of his skin because, as an Irishman, he is naturally extremely pale. In fact, Jaime stated that one of the things that he recalls most prominently is a lot of people rubbing him down with “dark and oily tanning stuff”.

Most interestingly, the successful actor would have had a very successful modeling career had he chosen to continue, as he was also dubbed “the male Kate Moss” during his modelling days, which is a fairly shining indication of his popularity. This path was unwanted according to the actor. Jaime never made it his priority to do modelling, seeing it as a nothing more than a means to an end.

To make this point he stated: “It’s never given me a thrill, but it would take a very foolish man to turn down the stuff that was offered to me. You’re in your twenties and people are going to give you a silly amount of money to lean against a wall with your head down. F*** me, you’ve got to do it”. That being said, he must surely appreciate the fact that he did it now, as it must have made his more exposed scenes in the Fifty Shades of Grey movie a lot easier for him to handle.

In addition to acting, modelling, singing and playing the guitar, Jaime Dornan used to be an extremely talented rugby player and he even seriously considered turning professional for a while. He played as a student at Methodist College in Belfast (where he was also heavily involved in the drama scene, coincidentally), then he was a winger for the Belfast Harlequins. Jaime would go on to drop out of his studies at the University of Teesside (where he was doing a Marketing degree) in order to play more and pursue what was then a very plausible career path for anyone looking for success. Eventually, of course, he found great personal success through his way into acting and modelling and the rest, as they say, is history.

Jaime Dornan has a somewhat weird and bizarre obsession with comedian Don Rickles (best known in younger audiences as the voice of Mr Potato Head in the Toy Story franchise) – to the extent that he actually has a picture of the 88-year-old entertainer hanging above his bathtub at home. The actor has stated that one of his best ever birthday presents was when his wife surprised him with tickets to see Rickles perform live in Atlantic City a few years ago, saying “It was unbelievable”. He has also said “I got my people to call his people and get an autographed photo personalised to me” – which is the aforementioned photo that takes pride of place in his bathroom.

5. Jamie’s mother passed away in 1998 after a battle with pancreatic cancer when he was just 16:

He said of the sad time: “There’s no easy time to lose a parent. It was a horrific period in my life.” This was not the only heartbreaking time in his life as when he was 17 years old, 4 of his friends died in a car accident.

6. Jamie dated Keira Knightley in 2003 for two years before they split:

In 2003, Keira Knightley – who was already an A list star, having appeared in Bend it Like Beckham and was on the verge of super-stardom with the releases of Pirates Of The Caribbean –  was seen in public with a mystery man on her arm. That man was Jamie Dornan. Long before he was a household name, the then-upcoming model embarked on what would be a two-year relationship with the English actress. He would go on to be linked with a string of famous women, including Sienna Miller, Mischa Barton, Kate Moss and Lindsay Lohan, before settling down with Amelia Warner.

During a previous interview, Jamie stated on their relationship: “There is a big pressure when you go out with someone such as Keira..”

“..The man is meant to be the alpha in the relationship in the money and power front, and I was clearly not. You feel you have to be dominant in other areas and that causes problems.”

He then went on to be linked to a string of famous women, including Sienna Miller, Mischa Barton, Kate Moss and Lindsay Lohan.

Jamie was not actually the first in line to get the role of Christian Grey in “Fifty Shades of Grey.” Charlie Hunnam from “Sons of Anarchy” dropped out and Dornan replaced him.

Despite going clean-shaven for Mr Grey, Jaime claims that he really doesn’t like being clean shaven. He said “I feel uncomfortable without it. I find myself moving differently. I don’t like myself without a beard”.

In fact, he’s actually extremely insecure about how he looks in general. He opened up about looking at himself as not very good-looking, confessing that he has massive hang-ups about his physique (he thinks he’s too scrawny) and will never be happy with it and, believe it or not, is also insecure about the way he walks. Some fans have seen this topic on The Graham Norton Show where he was saying he’s always had a complex about it because he thinks his gait is “quite bouncy”. His insecurity wasn’t helped when he was cast – belatedly, after Charlie Hunnam’s departure – for his role in Fifty Shades of Grey. He ended up only having four weeks to work out for it and that worried him.

He married actress and singer Amelia Warner in 2013, to the dismay of countless women around the world who love Christian Grey. His wife is English actress and singer-songwriter Amelia Warner and the pair were wed in a quintessentially English country house in Somerset. Warner goes by the stage name “Slow Moving Millie” when she performs her music, released her first album – “Renditions”, described as being indie and alternative – in 2011 and, as an actress, she has appeared in movies like on Flux and Gone, as well as television shows like Waking The Dead and Casualty. Dornan has said that they “want more babies”.

Having met on their climb up the ladder, the talented trio ended up rooming with each other when they were all struggling actors. Dornan has spoken of the experience and has suggested that the three remain close to this day. He said “We all met at auditions. We used to go to the Standard Hotel in West Hollywood and split a sandwich between us because that meant we could get cheaper parking. Redmayne is the social glue that binds us all together”. There must have been something in the water considering how well all three have done since living together.