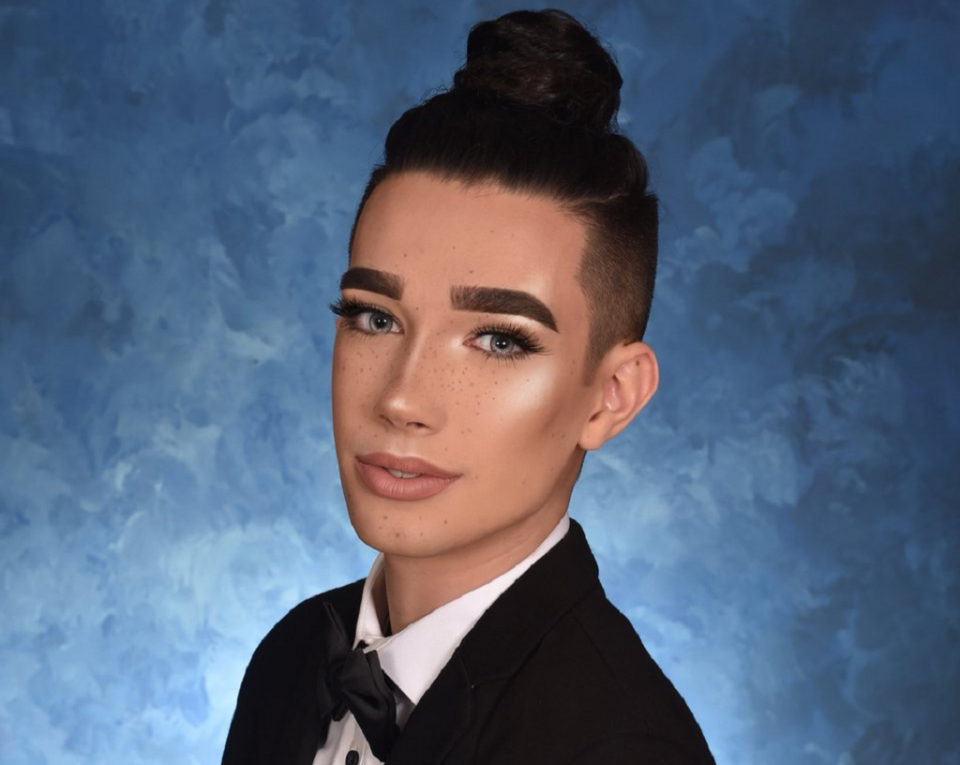 In 2015, a 15-year-old American boy decided to start a makeup channel on YouTube. That adolescent boy is the now super famous James Charles Dickinson, better known as James Charles. In 2021, James was accused by two 16-year-old boys of having inappropriate behavior with them on Snapchat. Charles apologized in a video on April 1 for his communications with the two children and said that both told him at first that they were 18 years old. In this article, we take a look at exactly what happened.

Who is James Charles?

He was born on May 23, 1999 in New York, although he currently lives in Los Angeles, where just in 2020 he bought a mansion for 7 million dollars that he remodeled to his liking.

Among his greatest achievements are being the first male face of CoverGirl, his collaboration with Morphe Cosmetics, doing makeup for Iggy Azalea music video for “Sally Walker” and have led his own reality show for YouTube called Instant Influencer.

His popularity exploded in 2016 when he shared a photo of himself from his high school yearbook on Twitter. Of course, the photo reflects hours of makeup and mega retouching with all kinds of effects. The photo was accompanied by a promotional text with a 10% discount.

This catapulted James Charles as a global icon: gay icon, an icon of diversity, an icon of self-expression, and more.

Among the immediate effects of this act, apart from the millions of followers, it is worth noting that James Charles became the image of CoverGirl, an American makeup brand loved by many since the 80s, and he first boy to become the face of the brand in 60 years of history.

As of August 2021, James Charles has 24.9 million followers on Instagram, 35.8 on TikTok, and 24.7 million subscribers on YouTube. But it seems that fame has a price. And James Charles is paying his in the way of constant fees and cancellations on social networks for various scandals. One of them, in the spring of 2019, made him lose 1 million subscribers in 24 hours, although he has already recovered them. In this article, we look at the latest cancellation of James Charles.

Sexual allegations with minors in 2021:

In 2021, accusations related to sexual issues included a 16-year-old teenager who accused Charles of pressuring him to exchange photos of sexual content/nudes and pressuring him to send sexting messages. The Youtuber defended himself saying that he did not know his age.

This complaint was followed by more minors, even a 17-year-old boy who published screenshots of the conversations held with James.

And after several cancellations, James Charles concludes March 2021 with the screenshots that a 15 or 16-year-old boy, a certain Jake Cherry shared on TikTok where James feels a bit cheated by the minor’s assumption.

Of course, the comments are full of ironic allusions to his possible inclination towards puberty.

Screenshots of the not-so-private dialogue (after being caught) between the influencer and the alleged minor who tries to seduce the influencer makeup artist are below:

Following this, Youtube decided to temporarily suspend his channel:

Due to accusations of digital sexual harassment of two minors, the YouTube video platform decided to temporarily suspend the monetization and promotion channels of the channel of the influencer James Charles, who has more than 24 million subscribers.

The social network confirmed that it has decided to temporarily expel the 21-year-old, known for his makeup and beauty videos, from its YouTube Partner Program for violating one of its principles on the behavior of its main Internet celebrities both inside and outside of the platform.

The accusations against James Charles led the Morphe cosmetics company to announce that it was “reducing” its partnership agreement with the Youtuber and with respect to the product line  that bears his name. The young man’s apology video has been viewed 10 million times and prompted new accusations against him.

It is normal that with so many followers he has haters and people willing to misrepresent everything he says.

The first cancellations came in 2017 for alleged racist comments about the Ebola virus and Africa, and also for their criticism and mockery of the Pennywise clown created by Stephen King.

In 2018, James Charles got into trouble again for rooting for the young musician Shwan Mendes and the mythical Ariana Grande, classifying her as rude. Shortly after, the YouTuber also lashed out at the Makeup Geek brand for stealing the idea for a makeup documentary.

And next in 2019, he screwed up by confessing that he was not 100% gay and that he was attracted to girls and transsexual people. And, of course, there were those who were quick to interpret this comment as transphobic. James Charles asked for forgiveness again, and the fans returned to the fray. This time complaining about the ticket prices for their shows.

But one of the biggest dramas came in 2019 with the controversy with her YouTuber friend Tati Westbrook who accused him of being a sexual predator, disloyal, manipulative and interested, presenting him as someone who only moved for money and power. The war between the two provoked many debates. Among them, the culture of cancellation, the toxicity of the makeup influencers community, the stereotypes where gays are presented as “bad fags”, and the sick obsession with the number of followers.

In 2019, James Charles began to be accused of being a sexual predator, presenting him as someone who even socially preyed on those who did not agree to his wishes. One of the first accusers was heterosexual model Instagrammer Gage Gomez, who said he felt pressured.

And in the midst of the racist police violence in the George Floyd case, James Charles was once again accused of trivializing the issue by publishing some photos simulating, using make-up, to have been attacked by the police.

The coronavirus also caused problems for the YouTuber for having attended a party during the pandemic.

Cool Apps Every Teenage Girl Must Have in 2021