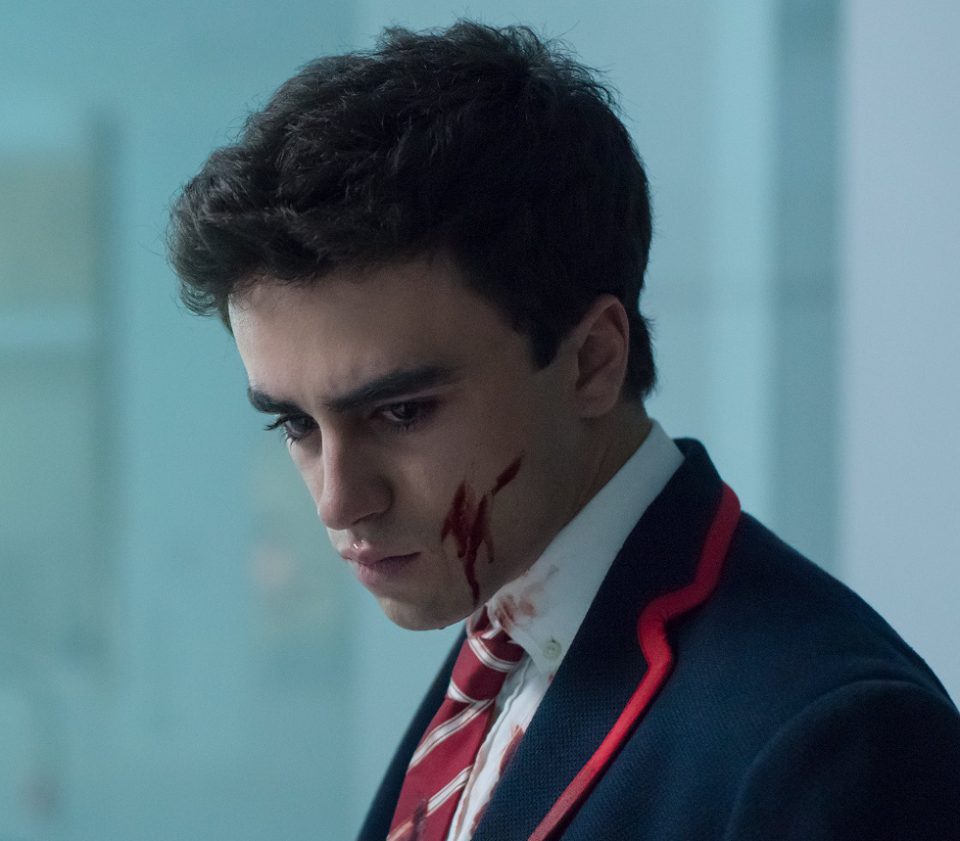 Are you a Netflix addict? Do you enjoy binge-watching popular web series from different corners of the world? Well if you do you, then you must have seen or heard of Netflix’s popular series Elites. The entire star cast of this web series was full of young and attractive faces. All the characters are beautifully written and have an interesting story. However, one particular character grabbed maximum eyeballs. Yeah, you are guessing it right! We are talking about the Spanish actor Itzman Escamilla. He played the role of an innocent teenage guy- Samuel García Domínguez in this blockbuster Netflix series. If you also got awestruck with his performance, and you wanted to know more about his personal as well as professional life, then trust me you really don’t want to miss this post. Here are some unknown and interesting facts about the charming actor. So, Happy reading!

Itzan came into this world on 31 October 1997 in Madrid, Spain. His parents were Spanish so he belongs to the Hispanic Ethnicity.

Escamilla is not his Last name

He has brown eyes

Itzan is very popular among youngsters for his unusual mysterious look. Adding to his personality is his deep dark brown eyes.

He naturally has dark brown hair

For all those who have been wondering whether the dark brown hair Itzan is carrying in Elites is his natural hair color or not. Yes, the actor is blessed with some really thick dark brown hair.

Escamilla started acting when he was a teenager

Itzman had acting in his nerves ever since he was born. His passion for acting allowed him to start his acting career quite early; when he was just 18 years old. He got his first break in a Spanish show named Centro Médico where he played a small role of a patient in one of the episodes.

His first big break came at the age of 19. The Spanish actor got a chance to act in a historical drama named Seis Hermanas. In the drama, he played the role of ‘Gorilla’. His captivating performance in the show opened doors to many more opportunities for him, including a pivotal role in another historical drama-Víctor Ros. Here, he essayed the role of Juan in seven episodes. All these roles came to him when he was enjoying his teenage days.

Itzan Escamilla is fluent in English

It is a usual perception that Spanish people are not good in English however; this is not the case with Itzman. While most of the Spanish actors we come across actually face difficulty in speaking English, Itzman Escamilla is Fluent in English. This is one of his plus points that makes it easier for him to lend many more roles. This trait helped him to grab a role in English series named Cable Girls. Itzman essayed the role given to marvelously along with delivering English dialogues naturally.

Itzman Escamilla went to one of the best Spanish art academies named Escuela de Interpretación Cristina Rota. The famous Spanish actress, Penélope Cruz is an alumnus of the academy. In one of his interviews, he shared his experiences. He said “They are very demanding. In my case, I chose it due to word of mouth. When I started looking for acting schools, I saw that many of the Spanish actors were alumni of this academy. So, I did not hesitate and I simply went there.”

However, Escamilla was able to attend the classes only for two years, whereas the duration of his chosen course was four years. Well, all we can say is that those two years really paid well. His fine acting skills are a testament to the studies of the academy.

Although he is really young, Itzan has enough experience in various art platforms like theater, television, and movies. Out of all these platforms, he admires theater the most. Confirming the same in one of his interviews, he said: “What I have liked the most has been the theater, because it is where I have learned the most at the acting level, and it has been the most challenging.”

You must have noticed the jaw-dropping physique of this young actor. No doubt, he puts a lot of effort to maintain it.  Itzan follows a strict diet plan for maintaining those abs and his body weight, which is around 150lbs. He restricts the intake of certain food items. Along with a strict diet, he follows regular workout sessions, 5 days a week.

Itzan Escamilla is a private person

The actors’ life is full of controversies including their link-ups with fellow stars.  Soit won’t be wrong to say that rumors and scandals are a part and parcel of an actor’s life. However, that’s not the case with Itzan. He is a very private person. So, he doesn’t like to share anything about his personal life in social media or in the public domain. The actor has always been silent on his relationships and affairs.

James Dean is his Idol

We all are familiar with the Iconic actor James Byron Dean. His work has been celebrated across the globe. Adding to the long list of his big fans is Itzman. Actually, Itzman is a huge fanboy and like everyone else, he considers James Dean as his idol. In one of his interviews he admitted that if given a chance, he would love to play the lead in the actor’s biography.

Itzan is a true millennial; he loves traveling and exploring the world. Whenever he gets time out of his tight schedule, he plans trips to some new places. Some of the countries he has already explored are England, Austria, and the United States, to name a few.

You might have known him for his sweet innocent guy image in Elites, which was quite a hit among the audience. However, the actor wishes to play a slightly dark character, specifically of an addict. The 22-year old Spanish actor stated that once he has done playing an addict, he would then like to play a superhero. Well, these are quite unusual choices, but we are sure Itzman would rock these roles.

We all have some people in our life, whom we look up to. These are people who inspire us to keep moving. Similarly, Itzan also has such people who have inspired him to become an actor. Some of the biggest influences in his life as an actor are Al Pacino, Sean Penn, Robert De Niro, and Christian Bale.

Being an actor, one strives for validation from both audiences and critics. While Itzman got his audience validation way earlier, he now wishes to receive critical acclaim too. The 22-year-old actor dreams of winning the Academy Award, which is one of the highest honor in the acting world.

He is signed by a Popular Talent Agency

A good talent agency can facilitate one with lots of opportunities as it provides a platform to initiate one’s career. In Itzan’s success story, his talent agency has played a pivotal role. Itzan is associated with a popular Spanish talent agency Garay Talent. Some of his co-stars of Elites like Miguel HerrÃ¡n, Omar Ayuso, ArÃn Piper are also associated with this agency.

We all are aware of Itzan’s popularity. The actor enjoys quite a huge fan base. In fact, one of his fans has opened a Twitter account that is solely dedicated to him. Here, the fan shares Itzans pics, videos, film scenes, etc. The account has 900 followers so far and is quite active.

So, these were some unknown facts about Itzan Escamilla. Hope you enjoyed reading them!

The History of the Classic Game of Craps