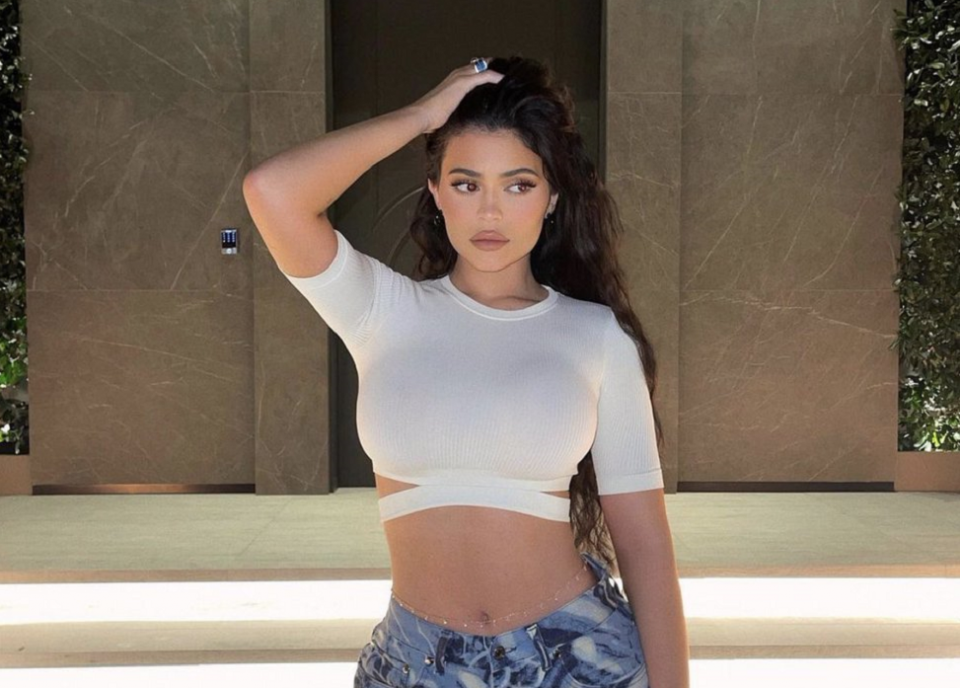 Kylie Jenner gained recognition after her first appearance in ‘Keeping Up with the Kardashians’ at the age of nine, starring in the reality TV series for nearly 12 years along with her parents, her sisters Kim, Khloe, Kourtney, Kendall and her brother Rob. Describing the ups and downs of the Kardashian-Jenner life, the family was hurled even farther into the public eye when Kylie’s father and former Olympian Bruce Jenner happened to come out as a transgender woman, later becoming Caitlyn Marie Jenner, and broke the marriage with the Kardashian-Jenner mother, Kris.

People estimated in 2017 that the family jointly makes around $30 million per season, pertaining to their latest agreement, however, it’s not clear precisely how much each member of the family earns. In 2013, when Kylie Jenner was 15 years old, along with her sister, Kendall, she started a fashion line named Kendall + Kylie for PacSun. Since then, the clothing line has broadened to be distributed wholesale to 390 destinations in the US, including Nordstrom, Topshop, Amazon, Bloomingdale, and 975 globally.

Like most of the significant stories, it began with insecurity or self-doubt. Kylie confessed that her tiny lips were her greatest insecurity as a teenager. This lack of confidence has led Kylie to augment her lips; she used lip fillers to allow her lips to appear plumper. Her lips now triggered speculation, and she started gaining publicity. Her full, pouty lips had become a major part of her appearance. Her noteworthy pout became an Instagram buzz, with more than tens of thousands of followers growing each day. Shortly after, Kylie developed ‘Kylie Lip Kits’ in 2015 to enable her fans to create her look.

Her brand, now called Kylie Cosmetics, sold lipsticks and lip liners. She took $250k for posing in a cosmetic line and acquired 15,000 lip kits which were sold out within minutes. The lip kits cost her an estimate of $16 a package and were marketed for $29, which gave her a generous margin of 40%. During the first two years, Kylie earned $420 million in revenue.

The question is how did she start the company?

Outsourcing, of course. Kylie hires only seven full-time and five part-time personnel. Production & Packing is outsourced to Seed Beauty, a private label manufacturer in Oxnard, California. Sales and delivery are managed by Shopify, an online retailer. Funding and Public relations are taken care of by her mother, Kris Jenner, in exchange for the 10% management fee that she siphons from all her children. Advertising & Product Releases is achieved through her online platforms, where she has a combined fan base of around 220 million people through Snapchat, Instagram, Facebook and Twitter.

In 2017, 30 new items, such as concealer and make-up tools. Several more colour combos were introduced in 2018. She authorized an exclusive distribution deal with Ulta, rolling out her $29 lip kits—a matte liquid lipstick and corresponding lip liner—to Ulta’s more than a thousand outlets. Jenner came to Ulta outlets to welcome shoppers, sign autographs on lip kits, and of course, click selfies with her fans and followers. Within the next six weeks, Ulta Stores distributed $54.5 million worth of items. Four years after Kylie Cosmetics was launched, Kylie went to Instagram to reveal her new beauty project, Kylie Skin. Once more, her products were sold out just hours after their debut.

Kylie is a regular user of Snapchat, a popular social media platform, capturing her days, tours and marketing her brand. As being one of the strongest advocates of Snapchat, Kylie’s has firmly adorned the crown of being the official queen of Snapchat for many years, and there was no slowing her down. Fans preferred to watch her every step, so much so that when the entrepreneur posted about how rarely she was using the site, the share fell 6 per cent that same day–an approximate setback of between $1.3 billion and $1.6 billion.

“Sooo does anyone else not open Snapchat anymore? Or is it just me… ugh this is so sad.” Said Kylie on her Twitter handle (@KylieJenner).

Kylie went on to declare her admiration for Snapchat again, but the effect she had had on the social media network showed her strength as a digital influencer and why marketers should pay more attention to them.

She initially, also got rich from her application, which was introduced in 2015 and managed to make $105,170 on the first day, even while she has closed it down. The application promised an exclusive blend of free and premium paid updates from Kylie’s life, taking you nearer to her than before. But Jenner revealed at the end of 2018 that she would quit posting on the app in 2019.

Kylie Jenner already has profitable endorsement deals of Puma as well as other brands. She frequently promotes items from brands which include Fashion Nova, SugarBearHair vitamins, and Adidas on her Instagram account. A 2018 study from the social media insights company D’Marie Analytics discovered that Jenner’s only one Instagram post was worth $1 million in advertising.

Forbes describes “self-made” as somebody who has founded a business or developed an empire on their own instead of having inherited some or all of it. As long as a list member does not inherit a company or income, it is marked self-made. People are still split about whether she qualifies to be considered ‘self-made.’ She had to develop her social network, find her niche, create a product range, and efficiently turn all of it into a company that had been prosperous since the first day.

For your information, it took Amazon 9 years to generate a profit; and even after 13 years, Spotify still hasn’t made a profit. Among several other personalities, she is younger than half the age of Tom Cruise or Shah Rukh Khan and (around) twice as wealthy. The number of Unicorns in the global economy is at its peak, and China alone is producing new billionaire every five days. So, what makes Kylie’s performance so incredible? Among the top ten youngest self-made billionaires, Kylie is the only one who has earned her riches from a non-tech start-up company. She has a billion-dollar value of her business and still retains 100 per cent of it.

Her business has been thriving since day one, and the size of her profits is nothing less than impressive. Fashion billionaire Tom Ford has taken more than 10 years to generate the turnover she has generated in less than 3 years. And while there is a lot of envy in it for all the ‘want to be billionaires,’ what Kylie has done cannot be simply accidental or merely good luck.

How to Be Social- The Ultimate Guide for Every Introvert

Stretch Marks- Everything You Need to Know + How to Reduce them