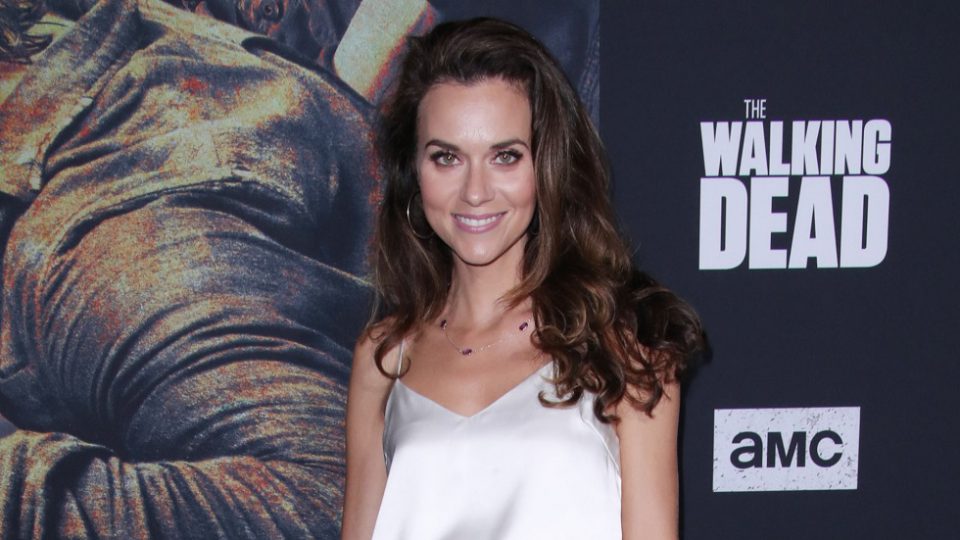 Hilarie Burton and husband Jeffrey Dean Morgan share two children, a 10-year-old son named Gus and a 2-year-old daughter named George, with “The Walking Dead” actor. Although she has suffered three miscarriages, the actress is now in the spotlight for being a victim of sexual harassment that she endured during her time on “One Tree Hill” and how it’s shaped her as a mother. Hilarie Burton penned her thoughts about the traumatizing experience that has affected how she currently disciplines her daughter.

“She will never be a pleaser. If my daughter tells someone to f–k off, awesome. I wish I had the ability to do that,” she explains, according to the magazine.

It’s also an experience she says she’s discussed with her 10-year-old son:

“He knows something bad went down on that set and he asks me, ‘Why do you still do conventions for it? Why do you still talk about it?’ But I am making a decision as an adult to focus on the good, to focus on the fan base and the crew and the fact that I got to learn my craft every day,” the actress said as she has recently bared it all in her new memoir, “The Rural Diaries: Love, Livestock, and Big Life Lessons Down on Mischief Farm,” explaining the book is her way of “copping to my own crap.”

But why is it so important for her to teach her daughter to not live life like a pleaser? And to live life without being silenced? Let’s take a look at what happened with Hilarie Burton and “One Tree Hill” creator Mark Schwahn.

Who is Mark Schwahn?

This article should talk about the strong woman that Hilarie Burton has become since she was cast in One Tree Hill but we have to lay out the facts. Then 21, Hilarie was cast in the coming-of-age drama series One Tree Hill in 2003. As she has alleged that she was subjected to inappropriate touching and kissing on set by showrunner Mark Schwahn, it’s tough to keep a neutral objective when writing about Mark Schwahn, one of the never-ending parasites of Hollywood that prey on young women and teenagers.

In 2017, Burton was one of more than a dozen cast and crew members who accused Schwahn of sexual harassment. In a letter penned to the creator himself, Burton, Sophia Bush and Danneel Harris, among others, accused him of touching female members inappropriately, including massaging shoulders, petting their hair and putting their arms around them.

Hilarie Burton reflected on the cast and crew’s decision to come forward. She says now that the allegations have been made public, she and others “get to collectively give this sigh of relief.”

Meanwhile, Mark Schwahn has never publicly commented on the allegations and was suspended from his job as showrunner of “The Royals” starring Elizabeth Hurley in 2017.

Why was Hilarie Burton Silenced?

Burton appeared in 130 episodes of the hit CW series from 2003 to 2009. And in her new memoir The Rural Diaries, Hilarie Burton writes about that period of her life and the reasons she stayed silent for almost a decade after the show ended in 2009. Not only were the reasons mentioned, she also spoke about how it affected her parenting to her two kids, especially her daughter George Virginia.

The actress had just turned 21 when she was cast in the coming-of-age drama series One Tree Hill in 2003.

‘I had such strong relationships on the show and I still do,’ she told People. ‘There was so much good. But there was bad too.’

Burton claims she was ‘groomed’ on set by showrunner Mark Schwahn who she alleged touched her inappropriately and kissed her against her will. She did not formally complain about the situation at the time.

‘I was told that if you speak up, your career is over,’ she told People. ‘You’ll be labeled a troublemaker.’ She went on to say : ‘I didn’t say anything for a decade. And as a result of that, people were abused after me. The guilt that comes with that is really difficult.’

When she was shifting gears and thinking about a career shift after receiving the Naughty or Nice offer, Burton admits she flashed back to her time on One Tree Hill and what disgraced creator Mark Schwann put her and the rest of her female co-stars through. After admitting that landing One Tree Hill was like living in her own fairy tale, she admits that it was less Disney and more a dark, Brothers Grimm-sort of fairy tale.

“In my particular fairy tale there had been a villain who pitted female actors against one another, pushed us to do gratuitous sex scenes that always left me feeling ill and ashamed, told young female actors to stick their chests out, put his hands on all of us, and pushed himself on me, forcing unwanted kisses,” she writes.

Following up on this, Hilarie Burton confessed that, heading into One Tree Hill, she wasn’t entirely naive about the film and theatre industry. Reality struck HARD after an experience in 2003 on TRL with Ben Affleck where he squeezed her breast on air. “I was nineteen, and I’d taken it on the chin and kept going,” she writes.

“One of MTV’s top brass called me and said, ‘You handled that so well.’ I didn’t realize that I was being groomed—trained to be a good girl and a good sport, someone who would put up with much worse behavior.”  And by handling it well they mean she didn’t cause a scene because this kind of thing was going to happen again, and they weren’t going to do anything about it.

Here is the video of the disgraced actor Ben Affleck, groping Hilarie Burton. In the video he proceeds to “compliment” her and goes in for a hug turned grope in front of an entire filming crew:

Here is another video of Ben Affleck sexually harassing an anchor in the most disgusting fashion:

These are just some videos that go to show the truth about many “actors” and “show creators” and “directors”. The truth is seen behind the scenes and through the mental scarring of various women.

Who is Hilarie Burton dating now?

Hilarie Burton is dating Jeffrey Dean Morgan, who’d played Ackels’ father on Supernatural and, more famously, Denny Duquette on Grey’s Anatomy. After they went on a date, the same night, she had to go back to Wilmington, N.C. (where OTH is filmed), to prepare for Paris. Two days later, she received a package containing “guidebooks on Paris, Raymond Carver anthologies, and a beautiful, red, leather- bound journal, which Jeffrey had inscribed: ‘Go nuts. Xoxo jdm, Miss your face.'” He also included a note that read, “For someone I just met, I can’t stop thinking about you.”

A day later, he purchased tickets to New Mexico for that weekend for her, telling her he wanted to take her on a date. She went and they began planning their lives together. After less than a month of knowing each other, he said to her, “Do you just want to do this? Do you want to try and have a family?” Within months, she was pregnant with their first child.

Having decided that she’d deliver the baby in L.A., where Morgan’s home was, she found herself going into labor a few days early, just as he’d returned home from a particularly grueling trip to Texas shadowing a detective. After sipping a glass of red wine in the bathtub as contractions began in the early morning, per the instructions of her midwife, labor quickly progressed and she was rushed to the hospital where Morgan tried to break the tension by harmonizing with her guttural moans and tried to escape for a cigarette break amid the stress. This was before he finally caught their son Gus!

“He raised our boy up and laid his squirmy little body on my chest. Jeffrey and I were bound forever in that moment,” she writes. “All the while this magical little stranger—my Gus—rooted around, found me, and started nursing. Just like that, there was my baby.”

After welcoming Gus and purchasing their first piece of property together( a cabin in Rhinebeck, New York) , JD Morgan took the next step and, on their second Christmas as a family, surprised Burton with a special gift hidden cleverly in the tree. “I looked, and there was a white envelope that read ‘HILARIE,'” she writes. “I opened it up, thinking it was a gift certificate. But inside was a piece of paper that read ‘MORGAN.'” When she turned back, he was down on one knee with a ring.

The proposal came after a tense December where Burton had taken Gus to visit family in North Carolina and Morgan, despite not having any work, opted to stay in L.A. But at that moment, it became clear why. “He explained that he’d stayed back…because he was in the process of designing and buying my ring. I felt like such an ass for giving him a hard time,” Burton writes. “Meanwhile my entire family was very smug that the secret had been kept and I was finally gonna be a bonafide married lady.”

Currently, Hilarie Burton and Jeffrey Morgan have 2 children together. The couple live on a 100-acre farm in the Hudson Valley in New York State.

The Fabulous Life of The Ace Family