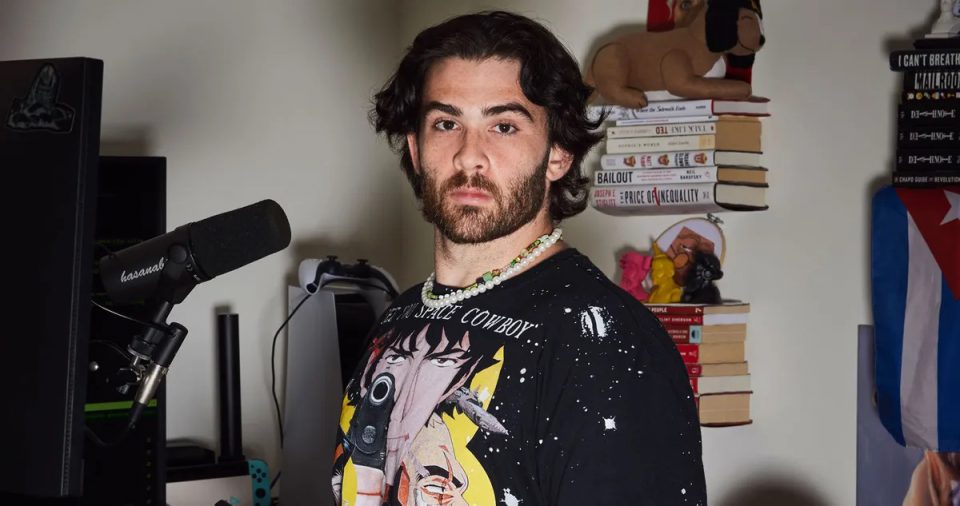 Hasan Piker, known as Hasan Abi, is a very famous Twitch broadcaster living in America. He is related to Cenk Uygur. He is very well known for his leftist political viewpoints and partisan criticism of everything that doesn’t align with his leftist worldview. However, like a lot of popular leftist figureheads, Hasan Piker doesn’t walk the talk. He talks about being anti-capitalist but has recently bought a multi million dollar house in Los Angeles. When the news of his palatial house purchase became public, he received a lot of reactions on the Twittersphere (the world for most hardcore leftists). In this post, we will find out a little bit more about Hasan Piker. Let’s get started.

Who is Hasan Piker?

Hasan Piker is a famous Twitch broadcaster who goes by the Twitch handle of HasanAbi. Hasan Abi is of Turkish descent. However, he was born in New Jersey, USA.

Where did Hasan Piker grow up?

Although he was born in America, he grew up in Istanbul and moved to America for a university education.

Who is Hasan Piker related to?

Hasan Piker is the nephew of the famous journalist Cenk Uygur.

Hasan Piker, who stepped into the presenter role with his uncle, the founder of the famous “The Young Turks” program, strengthened his career by studying politics. The Young Turks is a leftist media house. So that would’ve helped him hone a lot of his leftist political chops.

The up and coming Piker, who also worked as a journalist and columnist, later started broadcasting on Twitch and achieved great fame.

His broadcasts of games and left-wing political commentaries soon became very popular in the country.

700,000 people attended the collective Play Among Us event they organized with another publisher, Pokimane, and 250,000 people watched his broadcast during the American Presidential Elections. The comments of Hasan Abi, who criticized America, foreign policies and especially the right-wing view in his broadcasts, that “America deserved 9/11” had received a great reaction for a while. He has many movements that have been criticized by nationalists; The September 11 statement and making fun of a former soldier who lost an eye while on duty in the Middle East are some of them. He has a very harsh, abusive style and this is a feature loved by his followers.

Hasan Piker has been an outspoken supporter of LGBT issues for a long time. As a result of that, a lot of people have questioned whether he is gay himself. However, he has not said anything about his sexuality over time.

Where did Hasan Piker buy his house?

The publisher, who always criticizes America and defines himself as a socialist and anti-capitalist, is now on the agenda with the new house he bought.

Hasan Abi, who bought a house with a pool for $ 2.7 million in West Hollywood, known as the district of celebrities and the rich, is at the center of the reactions.

There were those who said that what they said and what they did were not consistent.

Turkish Twitch broadcaster Hasan Abi, known for his anti-white racist rhetoric and admiration for terrorism and who declared himself a socialist, bought a 6000 square meter house for $ 2.74 million. It’s like a vegan insisting on being vegan while eating meat. Change my mind.’

Captions that read “Dan Bilzerian of the Leftists” were prepared.

However, there were also those who supported him and said that a nice house could not be bought there for this money.

Those who talk about ‘Hasan Abi’ because of his $2.7 million house do not know for sure about California house prices. Here’s a house in the same neighborhood for the same price.’

Since West Hollywood is a very famous and wealthy district, houses are really expensive.

He also defended himself with this argument.

What excuse did Hasan Piker give for buying the expensive house?

In summary, he stated that the Los Angeles real estate market is a disgrace, that continuing to pay rent or moving to another place and gentrifying it will not solve the problem, and that people are so mad just because an “anti-capitalist” leftist bought a house.

Mae Whitman: Most Frequently Asked Questions On The Internet!