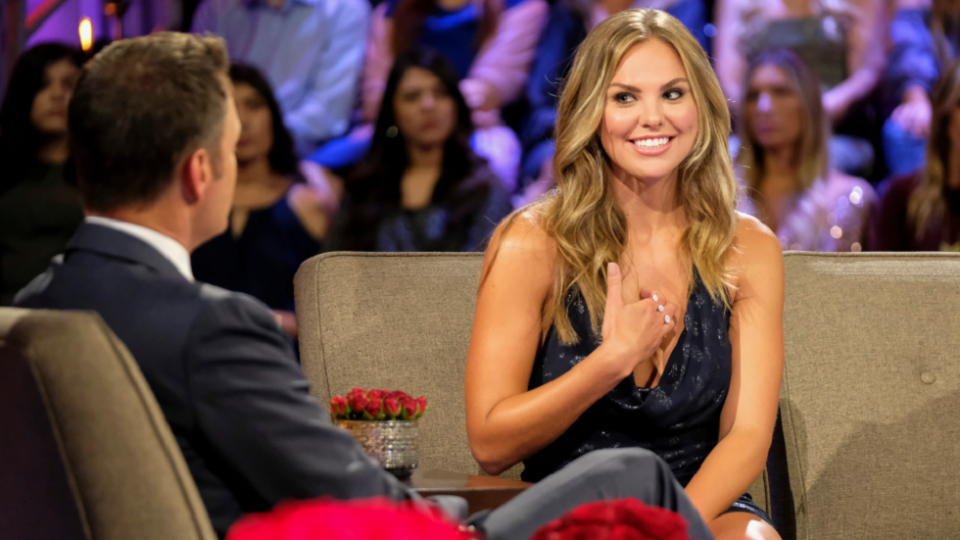 Hannah Brown who’s full name is Hannah Kelsey Brown is an American model, reality television personality, and former beauty pageant titleholder. Although she is mostly famous for being on The Bachelor and Bachelorette, she had to struggle with her finances. She’s working as an interior designer after leaving, but did you know that the former pageant queen only had 7 dollars in her bank account at one point in her life?

What is Hannah Brown famous for?

Hannah Brown charmed her way into Colton Underwood’s life during the 23rd season of The Bachelor, showing him and all of America what Alabama Hannah or Hannah B is made of. She was the blonde bombshell who was a little bit country and a little bit rock and roll showing her grounded, unapologetic roots and also her fun side.

Even though Colton’s family and herself met in Denver, Hannah was left shocked and heartbroken when he unexpectedly ended their relationship that same evening.

On her way back home, Hannah Brown had the time to reflect and heal from her breakup, gaining a powerful understanding of her desire to be deeply and fiercely loved. The southern bell had found a sense of self was more readier than ever to find her true love as she starred in the milestone 15th season of The Bachelorette. During her season finale, Hannah Brown chose Jed Wyatt as her fiancé, although they later broke up after filming after it emerged through People that Wyatt had been in a relationship with another woman before and during his stint on The Bachelorette.

Hannah Brown then later asked runner-up Tyler Cameron out on a date during the finale, although that relationship did not progress.

As a beauty pageant titleholder, Hannah Brown was crowned Miss Alabama USA 2018, and competed for the title of Miss USA in the same year.

Fortunately for her, she was crowned Miss Alabama USA 2018 and she wrote on Instagram that her work colleagues lifted her up, even though they were all surprised at her decision to enter. The company she worked with shared the same photo and captioned it that they were “so proud” of their “sweet Hannah Brown.”

Dancing With the Stars:

Hannah competed on season 28 of Dancing with the Stars and was paired together with Alan Bersten. It was a highly competitive event that took three months to be finalized. On November 25, 2019, Hannah and Alan were declared the winners.

When was Hannah Brown born?

Born on September 24, 1994, Hannah Brown came into this world in  Tuscaloosa, Alabama. The model and TV personality grew up in nearby Northport, Alabama.

How was Hannah Brown’s early life?

Hannah Brown graduated from Tuscaloosa County High School and later enrolled in the University of Alabama.

She first began her pageantry career at age 15, competing in local Alabama teen pageants. As a teenager, she had placed first runner-up in Miss Alabama’s Outstanding Teen 2010 and second runner-up in Miss Alabama Teen USA 2011. Brown later competed in Miss Alabama 2013, however she did not place in the competition. After a brief hiatus from pageantry, Brown returned to compete in Miss Alabama USA 2017, but did not place in the competition; she competed against Hannah Godwin, who would also appear on The Bachelor. While in college, Brown became a member of the Alpha Chi Omega  sorority, and later graduated magna cum laude with a degree in communication and information technology during the same year.

She returned the following year in 2018 and was crowned Miss Alabama USA 2018, representing West Alabama.

How was Hannah Brown’s career?

Brown’s career was rocky just like most of ours. Growing up the TV personality once wanted to be a broadcast journalist, but her time was consumed by her Miss Alabama USA duties. The 25-year-old graduated with a degree in communications and went on to work as an interior decorator.

Despite several unsuccessful attempts to claim the pageant titles, she never gave up on her dream. The breakthrough came in 2018 when she won the title of Miss Alabama USA. As the titleholder, Brown got the chance to represent her state at the 2018 Miss USA in Shreveport. In the competition, she did not appear in the top spots, and the winner was Sarah Rose Summers of Nebraska.

Hannah first appeared on TV as a contestant on season 23 of ABC’s The Bachelor. She was among the 30 ladies wooing Colton Underwood and seeking his engagement. She was not a successful suitor as she was sent packing in February 2019.

Even though she finished in position 7 in The Bachelor, she was announced to be the star of season 15 of The Bachelorette on March 12, 2019. It was her turn to call the shots and pick a suitor from the 30 men who competed. Followers of the show kept guessing. ‘Who does Hannah Brown pick?’ She narrowed it down to Jed Wyatt, who is a singer and songwriter.

How is Hannah Brown’s personal life?

There has been a lot of speculations revolving around whom she is currently dating. After her link with Jed Wyatt on The Bachelorette did not work out, she was rumored to be dating Alan Bersten, her partner on Dancing With the Stars. However, the two have openly dismissed such claims saying that they are good friends. She has categorically stated that she does not have time to date at the moment, and that has left people wondering, is Hannah Brown single or not?

Having grown up in a loving family, Hannah B has always looked up to her parents as an example of the kind of love she wants one day. Whether she is running around with her two golden retrievers, taking over the dance floor or belting out country tunes, Hannah enjoys living life to the fullest. All that’s left now, is someone who will give her a rose for the rest of her life.

What is Hannah Brown’s net worth?

She has about 2.6 million followers on Instagram, and through sponsored posts, she makes a substantial amount of money. Her total net worth is estimated to be 1.5 million US dollars. This was not easy to make as the star had to work her butt off to get on the Bachelor.

The 25-year-old once told Marie Claire recently that her bank balance was only $70 when she agreed to star on season 15 of The Bachelorette. Fresh off a stint on The Bachelor, during which Colton Underwood dumped her in an airplane hangar, Brown didn’t have much money. (Contestants on the show do not get paid, and they have to buy their own wardrobes, which MONEY has previously reported can cost them thousands of dollars.)

“I still need to hustle and make some money, but I’m doing a lot better than $70,” Brown said.

The Bachelorette career earned Brown possibly around six figures, but 2019 has been a crazy year for the pageant queen.

Hannah was into interior design just before The Bachelorette, which earned her a decent income after she was kicked out.  And she won the Miss Alabama title that came with significant rewards. She also won the Dancing With the Stars competition, taking the final prize believed not to be less than 345,000 US dollars.  In addition to this, you’d expect her to cash in a lot on social media through promotional ads like most ex-contestants of the Bachelor/Bachelorette do. But she’s not like that.

“I don’t want to be selling SugarBearHair [gummies] and FabFitFun boxes,” Brown told Marie Claire. “It’s been sickening how much money I’ve passed up… because I’m not doing the low-hanging fruit.”

Did you know, Hannah Brown isn’t the first Bachelor/ette to work hard before and after spending time on the show?

How tall is Hannah Brown?

The celebrity has a stunning physique, which has enabled her to compete favorably in beauty pageants. Hannah Brown’s height is 5 feet 7 inches, and she weighs 59 kgs. She has green eyes, blonde hair, and wears shoe size 5 UK.

How old is Hannah Brown?