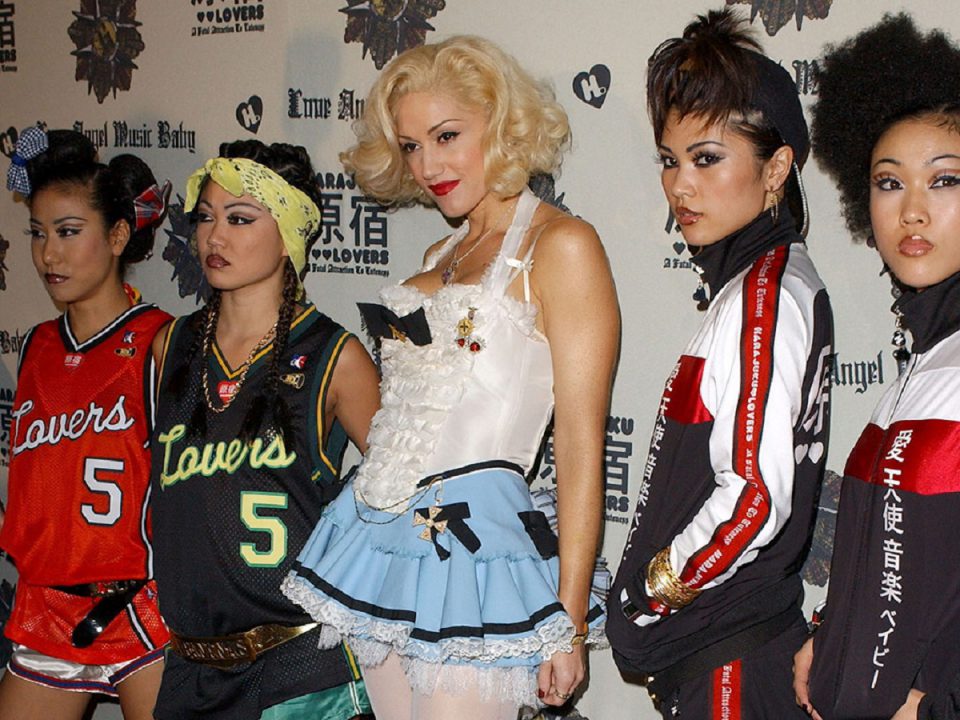 Gwen Stefani Says “I’m Japanese” Because She Traveled To Japan

Facing decades of cultural appropriation accusations, the “Hollaback Girl” singer has seemingly done it all from wearing a bindi (a South Asian religious symbol) in the 1990s to her 2005 imitation of Hispanic culture in the “Luxurious” music video, seductively danced in an Our Lady of Guadalupe shirt.

Nothing was able to top her current charge of cultural appropriation from the Japanese-inspired imagery Stefani used heavily on her 2004 album “Love. Angel. Music. Baby.,” which produced her No. 1 single “Hollaback Girl”. The album has a signature perfume featuring Harajuku Girls entourage and brands such as Harajuku Lovers fragrance.

Love. Angel. Music. Baby. was the album in reference:

The “Don’t Speak” singer has been accused of cultural appropriation for projects including fragrance lines and her album which was inspired by Harajuku culture.

The No Doubt vocalist released her first solo album in 2004, Love. Angel. Music. Baby. or L.A.M.B inspired by Japanese culture (both in its visuals and in the artist’s entourage).

Years later, the presence of culture was at the launch of her Harajuku Lovers perfume.

It was the same object in question during Gwen’s Allure interview. While the Harajuku girls aren’t after her like puppies anymore, Gwen Stefani continues her bizarre obsession with all things Japanese.

After being asked about her previous cosmetics endeavors, specifically her 2008 “Harajuku Lovers” fragrance collection, Gwen spoke about being Japanese. Is this why her prior marketing and visuals of both the “Harajuku Lovers” perfume and the original record were heavily inspired by the colorful Japanese subculture?

Here’s why she said she was Japanese:

Stefani justified herself with the trips she had to make for 18 years because of her father’s job at the Japanese company, Yamaha. Then, she said that she had the opportunity to travel to Harajuku again.

In the article published on Tuesday, Stefani, 53, spoke at one point recalling a trip to Japan: “My God, I’m Japanese and I didn’t know it.”

Gwen, as a soloist and part of No Doubt, has sold more than 50 million units around the world. Regarding her brand, as of 2018 Stefani had sold more than $1 billion in retail sales, which includes her Harajuku Lovers and Harajuku Mini.

The Italian-American is clearly fascinated by Japanese culture:

Since her solo beginnings, Gwen Stefani’s career has been marked by the influence of Japan, particularly the Harajuku subculture. In fact, the singer’s followers say that this was her most successful time. However, her fondness for oriental elements now cost her accusations of an alleged cultural appropriation that generated a strong controversy on social networks.

“That was my Japanese influence, a culture so rich in traditions and at the same time so futuristic, that pays so much attention to art, detail and discipline, and I was completely fascinated by it,” Stefani said in a recent interview for Allure magazine.

“If people are going to criticize me for being a fan of something precious and sharing it, I think that’s not right. It was a precious time of creativity… a ping-pong between Harajuku culture and American culture,” said Stefani.

Stefani opened up about her father’s regular business trips to Japan, explaining that he came back with stories that were “fascinating” to her, before telling the interviewer that she thought she was Japanese after she visited Tokyo (the Harajuku area). After she first visited that area, Gwen regarded herself as a “superfan” of the culture and of Harajuku, known as the fashion district.

Defending her Harajuku era, Stefani continued by saying: “If we didn’t buy, sell, and trade our cultures, we wouldn’t have such beauty, you know?”

Is her affinity for Japan being over-dramatized?

Cultural appropriation is so controversial today and negative reactions to Stefani’s interview range from bewilderment to anger, particularly on social media.

“Asian women used as props to help her get rich”, read a tongue-in-cheek tweet from The Cut reporter Olivia Truffaut-Wong while “Gwen Stefani’s publicist must be busy today,” American author Roxane Gay stated.

As witnessed on countless 2000s red carpet photos, Stefani was regularly photographed in the middle of her entourage of four Japanese ballerinas: Jennifer Kita (“Angel”), Maya Chino (nicknamed “Love”), and Mayuko Kitayama (“Baby”) and Rino Nakasone (“Music”). One example was during the 2004 American Music Awards when Gwen was with her Japanese dancers. This has led to the alleged appropriation of Japanese culture during the 2000s.

Critics say that in this way features of foreign cultures are popularized without delving into their history and their real meaning. Others, on the other hand, some point out that the type of reference made by Stefani and other prominent personalities could help eliminate discrimination against certain minorities.

Here’s what her Asian interviewer thought of the whole statement:

According to Allure, a member of Stefani’s team reached out after the interview, stating that the interviewer had “misunderstood” what Stefani was trying to say. The editors, however, did not respond to his request for a follow-up interview or offer for clarification of the comments, CNN later reported.

This was just a day later, when the controversy began to arise.

The Filipino interviewer at Allure also shared her impressions in the same article:

“I spent 32 minutes chatting with Stefani, much of it devoted to her lengthy response to my question about ‘Harajuku lovers.’ At that time, she emphasized more than once that she is Japanese. (…) She twice stated that she was Japanese and once that she was a bit of a girl from Orange County -in California-, a bit of Japanese and a bit of English’ ”, Jesa Marie Calaor closed.

Stefani is one of many celebrities who are faced with the sensitive issue of identifying the fine difference between cultural appreciation and appropriation.

The bottom line is that cultural appropriation can be seen as stealing something from a culture that is not one’s own. It is stealing to profit rather than use for performance which is where it becomes a fine line.

In comparison, cultural appreciation is the use of another culture in an effort to broaden people’s perspectives and cross-connect with other cultures.

The Secret To A Sound Sleep

Jeff Beck: One Of One