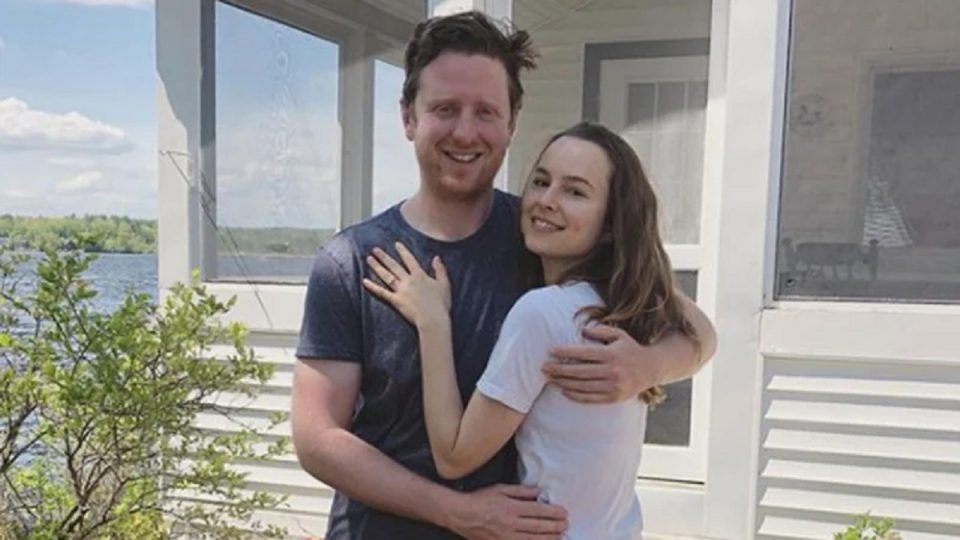 An American married to a celebrity, Griffin Cleverly is better known as the husband of Bridgit Mendler. His wife gained fame after becoming an American actress, singer, and songwriter. Her initial ticket to fame was starring alongside Selena Gomez in Wizards of Waverly Place.

1. How old is Griffin Cleverly?

He was born on January 23, 1992 in the United States and holds an American nationality.

2. How tall is Griffin Cleverly?

3. Who is the wife of Griffin Cleverly?

She first gained fame and recognition as Juliet van Heusen on Disney Channel’s Wizards of Waverly Place alongside Selena Gomez beginning in 2009.

She then took up another acting gig- this time acting for the lead role of Teddy Duncan on Good Luck Charlie in 2010.

The actress went back to her roots and once again appeared for the Disney Channel, but this time in an original movie Lemonade Mouth and even sang several songs to the film’s soundtrack. After her Disney days, the actress took up acting roles on Undateable and Nashville.

As a singer-songwriter, Bridgit Mendler has been focusing on her singing career as well.

After more than two years of dating, the Disney channel actress went public with her engagement to Cleverly on Instagram in April.

“We thought we should share the news,” she captioned a photo of the couple smiling as Mendler showed off her engagement ring. “Griff you are a deep thinker, a steadfast companion, a cheerleader and a challenger, and the biggest goof I know. Looking forward to holding ur hand forever.”

From being engaged to finally getting married, Bridgit Mendler lived every woman’s dream as she called her marriage magical, tying the knot in an intimate beach wedding surrounded by friends and family.

The Good Luck Charlie actress made a public statement/announcement via Instagram that she had married her long-term boyfriend Griffin Cleverly in October 2019, and spilled the details to Extra magazine.

6. In one shot, the newly married duo was pictured with a funny sandcastle:

The newly married duo were seen walking down the beach together with a sandcastle in the background, which provided comedic relief.

The actress mentioned a romantic sunset juxtapositioned by a dude who built a sandcastle behind them while they were doing something romantic and life-changing. Meanwhile, the guy was in his board shorts, constructing this beautiful, amazing sandcastle while Griffin Cleverly and Bridgit Mendler were doing their vows, the actress said that she could just see him in her eye line.

7. The couple shared photos on Instagram and posted their own tributes:

Bridgit Mendler’s post said the following on Oct. 17 about the ceremony.

“Still riding the high of the weekend,” “Thank you to everyone for the abundance of love that you showered on griff and I. We are so excited for this new chapter”, she captioned the photo.

Griffin Cleverly’s post said the following about his celebration of the big day.

“Got to marry my wild love this weekend. Looking forward to a life of learning, exploring, and love with this one!”

He also said that he was glad for all the wonderful family and friends who were able to attend his beautiful wedding.

He continued to say: “Won’t forget the warmth, kindness, and help of those all around us. Here’s to our new family!!”

8. How much is the net worth of Griffin Cleverly?

Griffin Cleverly’s career includes being employed by Lockheed Martin in 2018, but he was a research associate at the Massachusetts Institute of Technology prior to that. His net worth is unknown.

The Subtle Art of Scent Marketing – All You Need to Know!