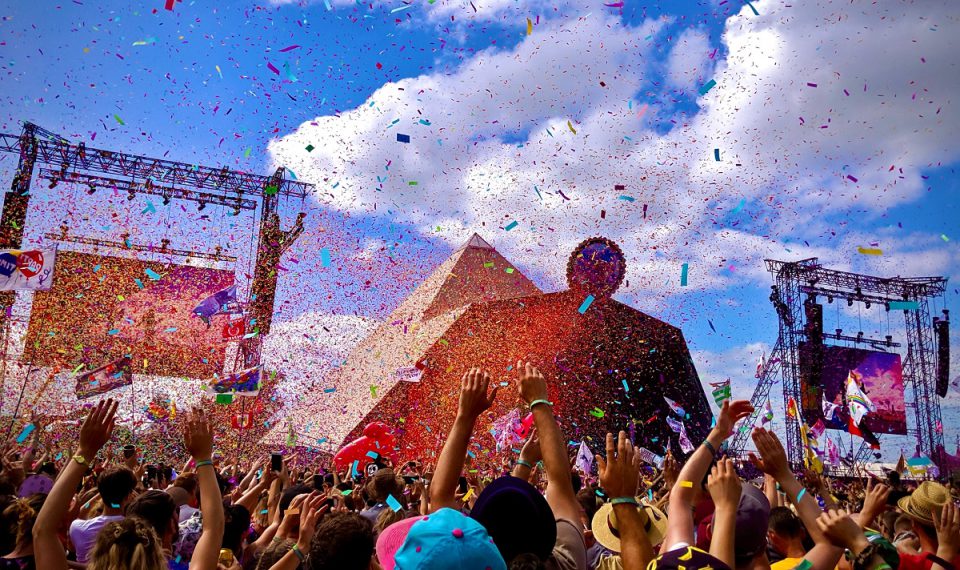 A Glastonbury Festival organiser who gave Ed Sheeran a platform to perform during the early part of his career says she is keen to discover more future superstars.

In the run-up to this year’s event, Croissant Neuf field organiser Sally Howell told Betway Online Casino how she gave Sheeran the opportunity to shine in front of a live audience.

She also discussed some of the challenges she faces to ensure the eco-friendly area of the festival runs without too many hitches.

Howell has organised Croissant Neuf at Glastonbury for 36 years, and currently oversees a support team of around 175 people.

Started with a commitment to promoting environmental awareness, Croissant Neuf launched in 1986 with two 2 x 12v car amplifiers running off of a couple of car batteries.

The following year saw Croissant Neuf pioneer the use of solar power at festivals, something that has since become commonplace for major outdoor events.

Organising the Croissant Neuf field at Glastonbury has nearly become an all-year round job for Howell, with agents constantly sending through CDs and emails trying to grab a spot for their act.

The workload increases just after Christmas, with Howell overseeing the recruitment of staff and several other key elements.

“My area is quite small and I’ve got a tight-run ship,” she said.

“With all my crew, so that includes site crew, stage and sound crew, tent crew, around-the-clock stewards, venue stewards, campsite stewards and gate staff, there are around 175 people. That doesn’t include any performers.”

Having launched 36 years ago, the Croissant Neuf field is one of the longest standing at the festival – no mean feat given its eco-friendly ethos.

Despite the challenges presented by the British weather, Howell has always managed to ensure her area at Glastonbury has enough power to operate.

“We’ve never run out in all these years,” added Howell. “We have to work out the figures with the power people will draw and book accordingly.

“With the weather, the biggest problem is the state of the ground can get in when it rains.

“Our most challenging year was 2016 because it had rained a lot prior to the festival and during set up.

“Tyres on vehicles ended up just churning up all the fields into muddy bogs. It was an absolute nightmare.”

In addition to ensuring they stick rigidly to their core values, Howell works tirelessly to give a helping hand to music acts who are striving to grab a break.

One of the toughest challenges Howell faces is booking acts that the audience will enjoy, but it is a responsibility that she absolutely relishes.

“Me and my sound engineer, who is my son, book the bands, just the two of us,” she said.

“We try to have all genres and need to have our ear to the ground, listening to different music all the time.

“Radio 6 is really helpful, as is networking with other stage managers at the festival. We have a good relationship with some of them and will bounce things off each other.

“But we’re always scouting for new and up-and-coming stuff. We’re a platform for people to make their debut.”

This year’s Croissant Neuf line-up features a plethora of promising acts including True Strays – a Bristol-based band who have been making waves on the UK Americana scene.

Their music is a celebration of alternative roots americana and blues rock, and has already brought them to the attention of BBC legend Bob Harris.

Nine-piece band Cut Capers are another act that will be strutting their stuff at Croissant Neuf after quietly building a cult following on the British festival scene.

Each of the artists performing this week will be hoping to follow in the footsteps of Sheeran, who became a global superstar after appearing twice at Croissant Neuf.

He has sold more than 150 million records worldwide, is one of Spotify’s most-streamed artists and has two albums in the list of the best-selling albums in UK chart history.

His current success is in stark contrast to his Glastonbury debut in 2011, where he performed a short set at Croissant Neuf. He also appeared on the BBC Introducing Stage.

Despite giving Sheeran one of his earliest opportunities to shine in front of a live audience, Howell plays down her involvement in his rise to stardom.

“I can’t take the kudos for discovering him, he was a friend of a friend of people that I book,” she added.

“The first year he came to the festival and only did a couple of numbers on stage with his mate, which was amazing.

“The following year, he came on his own and launched A Team on my stage, and after that he went sky high and we couldn’t afford him.

“We gave him an opportunity on the bottom rung of the ladder and that’s really what Croissant Neuf is about.”