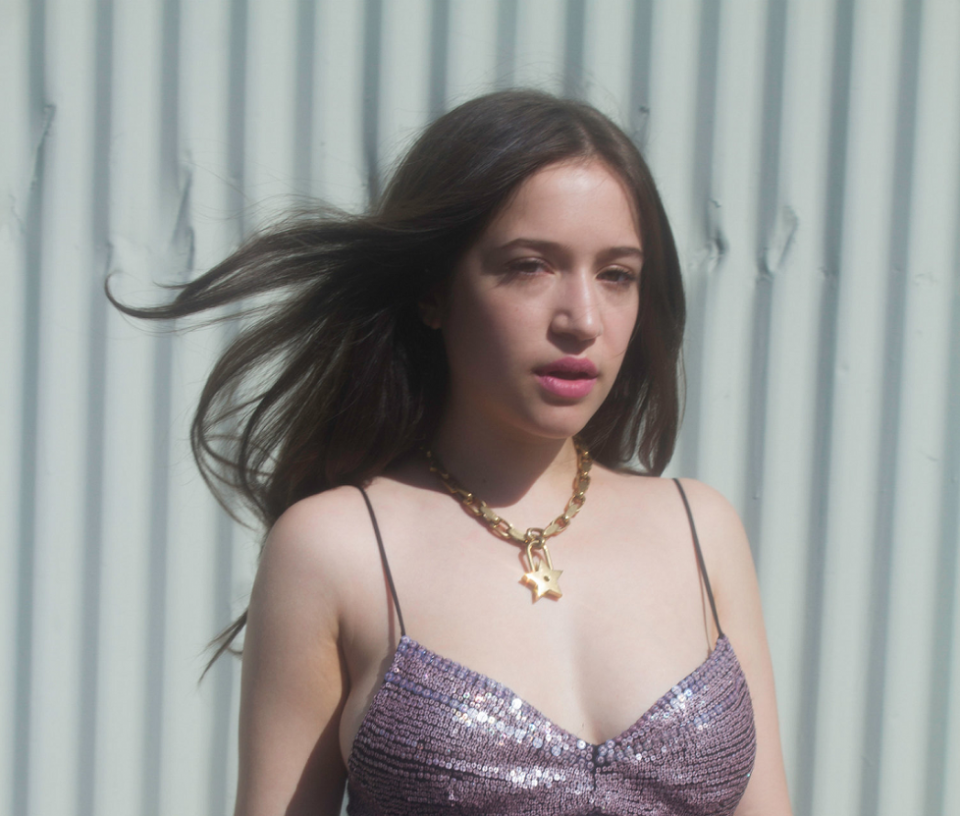 Gideon Adlon’s acting career began on television in 2011 with a guest appearance on the Louis C.K. series, Louie. In 2016 she landed a guest role on the Disney Channel series Girl Meet World, and has also played a guest role on the crime series Criminal Minds in 2017. Gideon Adlon also appeared in the miniseries When We Rise, and in 2017 appeared on two episodes of the ABC-TV series American Crime. Since making her film debut in the 2018 comedy Blockers, Gideon has also starred as Martha in the indie film Mustang. More recently, she’s had success on Netflix’s The Society which premiered in 2019.

Before film and television, she grew up doing theater and started studying photography at Chicago’s Columbia College before dropping out to focus more on acting.

In her spare time, Gideon enjoys taking photos and blogging about photography. If you check her website out (which is self-named) you can easily see that she knows her way around the camera!

During an interview for her breakout hit Blockers, she opened up about her graphic novel phase. A favourite is Black Hole by Charles Burns, about a bunch of young people who become mutated after contracting a sexually transmitted disease who eventually shift to the mountains and create their own new society. There are definitely some parallels between the graphic novel and the 2019 Netflix show: The Society.

The series follows the teenagers of a wealthy Connecticut suburb who are mysteriously transported to a facsimile of their neighborhood. But there are a couple of things off, mainly the fact that every single parent and adult from town is nowhere to be found and there’s no way out of this new dimension. And although there’s freedom for lots of the town’s young people, Gideon’s character Becca Gelb thinks beyond more than just red solo cup bashes and staying up all night — the actor describes her as a bit of an outsider.

“Becca is definitely one who is on the outside looking in. She’s always hiding behind her little iPhone video camera,” Gideon tells Teen Vogue. “She’s got a journalistic approach to certain things. I like to think about the fact that she’s always recording things (parallel to the actress herself who is an amazing photographer) that are going on in the new society because she’s documenting a new history. She’s getting all the footage of what’s going on that can create a new chapter.”

Gideon is successful in her footing in the industry as she’s a professional that makes sure she’s always prepared. In the Netflix show: The Society, Becca is good friends with Sean Berdy’s Sam, a deaf teenager in the neighborhood. To prepare for the role, she knew she’d have to learn more American Sign Language going into the audition. So when she signed on to play the character, she started working with ASL coaches and would spend hours in her apartment on weekends learning her dialogue.

3. She didn’t audition for Violet:

Gideon Adlon is known for being the American actress and voice actress who portrayed Violet in Telltale Games’ The Walking Dead: Season Four. But did you know that Gideon originally auditioned for the role of Ruby, but was asked to read for Violet instead, and got that part instead.

Her first credited acting role came on the Louis C.K. series Louie in 2011.

5. Her mother talks about her life on her show Better Things:

Adlon is popular amongst Better Things fans. The show is a comedy-drama television series created by Pamela Adlon, her mother. So it’s not surprising to see that her mother stitches her daughter’s life into the show’s scripts with a little bit of extra padding.

But the real-life inspiration for the show’s neurotic, rebellious eldest daughter Max, played onscreen by Mikey Madison seems far fetched from reality according to Gideon.

Nor are Max’s exploits strictly autobiographical. For instance, in the first episode of season two, where Max is dating an middle-aged Spanish man, Adlon reveals:

“I dated an Italian guy that was kind of like him, but he wasn’t 45. He was like, 23,” she says. “It’s kind of stressful sometimes because I don’t always know what my mom’s going to use, but I really do trust her. And honestly my stories are her stories, and this is her art, and I think it’s kind of cool honestly.”

Emerging from the shadow of her famous mother, and her famous fictional family came the movie: Blockers. The comedy was directed by Pitch Perfect writer Kay Cannon and produced by Seth Rogen and Evan Goldberg.

A couple of years ago, the actress with a laid back attitude, dry wit and assertiveness that transcends her age wasn’t afraid to hold back on her opinions. Reflecting on her film Blockers she said:

Perhaps her strong feelings come from a polar opposite experience as Gideon Adlon’s recalls her own “birds and bees” talk being much more laid-back.

“I remember my mom telling me, when all the puberty stuff started to hit its peak, If you ever feel funny, you can just go into your room and touch yourself. And I was like, Mom! That was fucking embarrassing,” she recalls. When she was a teenager, her mom sent her to classes on the weekend with a bunch of other girls her age to learn about their emerging sexuality. “We’d learn about our vaginas and, like, our bodies and how your body is your temple. And they’d give us these necklaces that had these shells called yonis, which means vagina, though I don’t know what language it means vagina in,” she recalls. “In the moment, I was like, This is terrible. But now I’m like, YES, my body is my temple.”