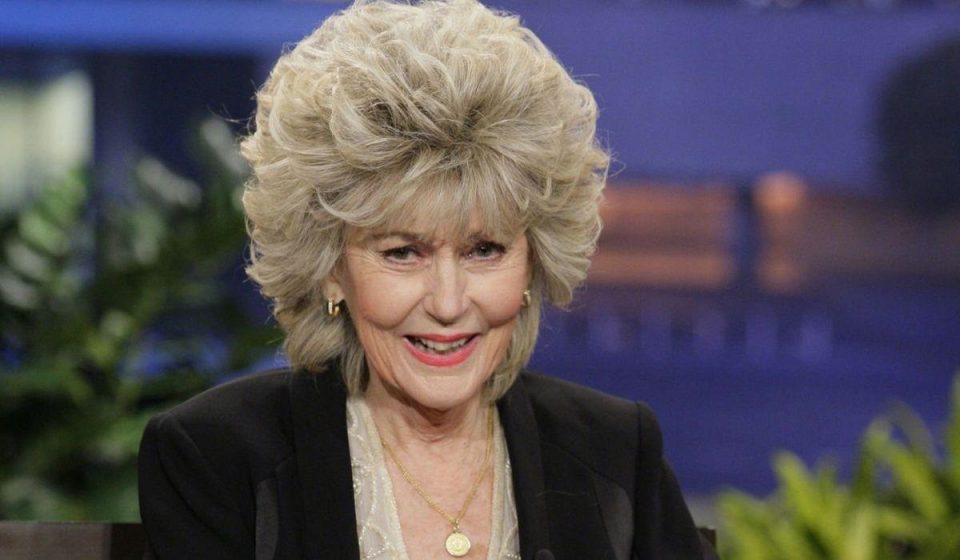 Georgia Holt was a singer, and actress in addition to being the mother of Cher. She was even given a role in John Huston’s film When The City Sleeps which was later given to Marilyn Monroe. Here are 8 things about Georgia Holt that might interest Cher fans!

Who was Georgia Holt? Cher’s Mom Was A Star In Her Own Right

1. Georgia Holt was born with a totally different name:

Jackie Jean Crouch was born in Kensett, Arkansas and she later changed her name to Georgia Holt.

Her parents were thirteen-year-old Linda Inez Galli and Roy Malloy Crouch, a 21-year-old baker. She often changed her place of residence, moving from one parent to another, so she had to study in seventeen different schools. Her father taught her to sing and play the guitar.

As an American actress, singer and model, she went as Georgia Pelham. She was born June 9, 1926 in White County, Arkansas in the United States.

Relatively unknown in the cinema, she played small roles in four films and made an appearance in a television series from 1950 to 1955. In Fact, Georgia Holt began her acting career, taking on roles in such works as The Adventures of Ozzie and Harriet.

Georgia made an appearance in I Love Lucy and The Lucy Show! She made a small appearance in the episode “Lucy Gets a Paris Gown”. In the episode, Lucy, Ricky, Ethel, and Fred are all in Paris. Lucy pretends to be on a hunger strike until Ricky buys her an edgy dress. However, Ricky doesn’t like the dress and soon realizes that Lucy has only been pretending to be on a hunger strike. Ricky and Fred make outfits out of sacks and buckets of potatoes and convince women they’re from a fashion designer!

Her good looks also helped her book more roles and her confidence grew because she won several beauty and talent contests.

Here are some of the things she worked on:

Holt sang on Oklahoma City radio when she was six years old, and at age 10 began singing with Bob Wills, leader of the Bob Wills and the Texas Playboys.

In 1980, she signed a recording contract with Columbia and released the album “Honky Tonk Woman” with members of Elvis Presley’s band.

In 2013, Holt and Cher appeared on the talk shows The Tonight Show with Jay Leno and The Ellen DeGeneres Show to promote their documentary Dear Mom, Love Cher and Holt’s album Honky Tonk Woman. The album, which includes a duet with Cher called “I’m Just Your Yesterday”, was recorded back in the early 1980s but was not released until 2013.

After the master tapes were rediscovered in Holt’s garage, ​​the album was finally released in 2013. She told People“I know a record company might want to sign me just because I’m Cher’s mom. I would like to have a career, but I don’t want to be a novelty or a flash in the pan. A lot of people say I can do it”.

In 2013, Holt was the subject of a Cher documentary called Dear Mom, Love Cher. In the film, Cher recounts Holt, who has been married six times, twice to Cher’s father: “Our mother was supporting us alone – when someone says, ‘Oh, your mother married so many times?’ It was always the three of us. in the house, there were never really any men”, commented Cher.

For her last marriage in 1976, she got into a relationship with a 21-year-old young man when she was 50. This is Craig Spencer, with whom she remained until his death. It must be said that the actress also experienced difficult times. Indeed, following the failure of her first marriage, she had to send her daughter Cher to a Catholic orphanage in order to be able to establish herself financially.

The first husband was John Sargsyan, from whom her first daughter was born, the singer Cher (born May 20, 1946). John Sarkisian, Cher’s dad, was a drug-addicted truck driver, who left home before the birth of their first child, Cherilyn Sarkisian Lapiere (aka Cher).

Here’s the story of how Cher’s dad and Cher’s mom Georgia Holt met:

While working at a donut shop in Fresno, California, she met truck driver John Sarkisian, and they eloped together to Reno, Nevada to get married. But she told People in 1978: “I left him the day after [the wedding]. I knew I didn’t want to be married. But he told me to try for three months, and if I didn’t like it, I could leave. Well, before the three months were up, I was pregnant with Cher.”

Her second child is actress Georgine Lapierre (b. September 7, 1951) born from her second marriage to Cher’s stepdad: Gilbert Lapiere. Today, Georganne Lapiere is an actress.

6. She was also on talk shows and reality TV:

After appearing on a July 1978 talent show at Studio One in Los Angeles, Mike Douglas, Merv Griffin, and Dinah Shore began inviting Holt to appear on their television talk shows.

“My mom is just like Rocky. She never gives up”, the 76-year-old singer said years ago, just two days before her mother died.

Georgia Holt was born in 1926 with Cherokee, Irish, English, French and German origins. This helped Cher embrace her long-face as she put it and her Cherokee roots really bloomed into her classic fashion statement over the years.

“Mom is gone”. Those three simple words were enough to convey Cher’s pain to her millions of social media followers.

Cher announced her mother’s death via Twitter on Saturday night (December 10) and the news was later confirmed to The Washington Post by Cher’s rep, Liz Rosenberg. No cause of death or more details have yet been released, if you’re wondering how Cher’s mom died but we do know that Georgia Holt was admitted to the hospital with pneumonia in September 2022.