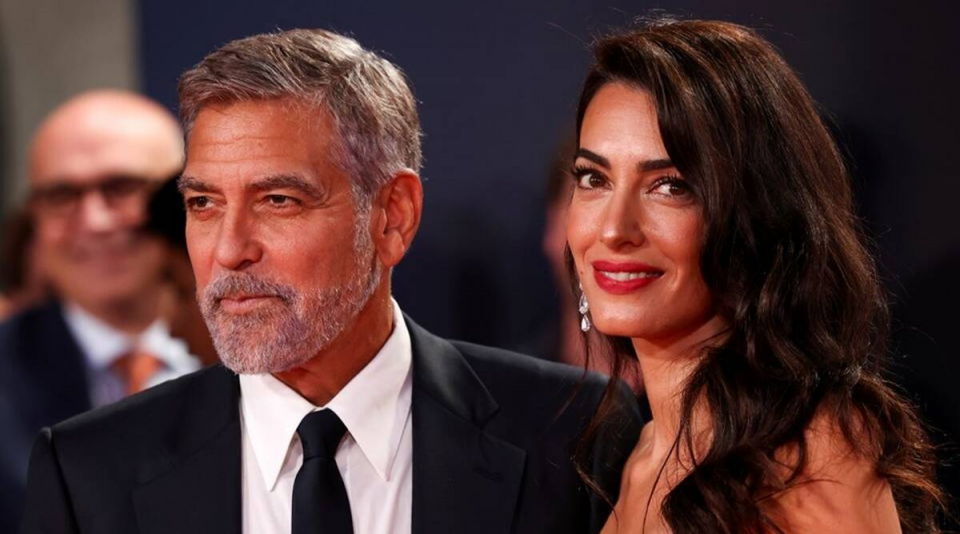 George Clooney is one of the most popular actors in Hollywood. Throughout his long and illustrious career, he has appeared in numerous movies and won the hearts of numerous women with his good looks. With over 50 movies under his belt, George Clooney is also involved in a lot of humanitarian work. He has achieved a lot of success in his career and he has also worked a lot towards giving back to people. The actor who has two Oscars and five films as a director to his credit, is currently focused on dedicating his time to humanitarian causes with his wife and mother of his children, Amal Clooney. Let’s find out more about him.

When was George Clooney born?

George Clooney was born on May 6th, 1961 in the city of Lexington, Kentucky. He is descended from a family that already had experience in showbiz, like his mother Nina Bruce, who was a model; while his father, Nick Clooney, is a journalist and TV host.

Did George Clooney have a normal childhood?

No, The popular actor suffered from Bell’s palsy when he was just 8 years old. According to available reports, this was one of the worst stages of his life, because of the bullying to which he was subjected at school, because he could not open his left eye or drink or eat anything without being told will fall. He was called ” Frankenstein ” by his peers.

How did George Clooney become a Hollywood star?

He anticipated his stardom. George studied journalism, but never managed to get a degree. Later he took several part-time jobs, such as selling shoes for women and suits for men; as well as a door-to-door insurance salesman.

Participation in ER The first role that led him to fame was in 1984 when he had a role in the NBC medical drama “ER Emergency Room. ” There he played Dr. Roug Ross, which helped him become famous, as well as becoming recognised as one of the sexiest men in Hollywood.

George won his first Oscar thanks to the role he had in the film ” Syriana ” (2005). For him, it was quite a sacrifice. Since he had to gain weight for the film about 15 kilos and also during filming he suffered a terrible accident that caused a back injury.

George Clooney is one of the actors who earn millions of dollars after signing juicy contracts, however at that time he has no interest in filming a movie again at the moment. ” I have acted for a long time and I am 56 years old, I am no longer the boy who conquers the girl, ” he said in an interview.

George Clooney was arrested on March 16th, 2012, after protesting in front of the Embassy of Sudan in the United States, in defense of the population in the African country. Likewise, his humanitarian team was involved in finding solutions to the conflict in Darfur and raising funds for the victims of the 2010 Haiti earthquake.

I bought a piano once because I had the dream of playing As Time Goes By as some girl’s leaning on it drinking a martini. Great image. But none of it worked out. I can’t even play Chopsticks. But I’ve got a nice piano at my house.

I think you should automatically donate your organs because that would turn the balance of organ donation in a huge way. I would donate whatever anybody would take, and I’d probably do the cremation bit.

On Christmas morning, before we could open our Christmas presents, we would go to this stranger’s home and bring them presents. I remember helping clean the house up and putting up a tree. My father believed that you have a responsibility to look after everyone else.

I love children and I get along with them great. It’s just that I believe if you’re going to be a parent, there has to be something inside you that says, ‘I want a family.’ I don’t feel that sense of urgency.

It’s not that I lead this oblivious life where I think I’ve got such a great personality that people want to spend time with me. If someone has a poster of you or asks for your autograph, clearly you can’t take them out on a date. It’s not that interesting if someone is just interested in you.

There’s a funny thing about fame. The truth is you run as fast as you can towards it because it’s everything you want. Not just the fame but what it represents, meaning work, meaning opportunity. And then you get there, and it’s shocking how immediately you become enveloped in this world that is incredibly restricting.

Who would name their kid Jack with the last words ‘off’ at the end of the last name? No wonder that guy is screwed up.

The idea that every time you do a film you’re supposed to be tortured confuses me. I mean, guys who say, ‘Oh, it’s really tough, my character is really suffering’ -come on. For us, even in the rotten ones we’ve had a good time. I don’t think you have to suffer.

I love my gray hair and wrinkles. I love the fact that my face has more of an edge and more character than it did when I was in my twenties and thirties. No Botox for me.

Hollywood still makes things. We still export a couple of billion dollars’ worth of product overseas. Original, new product. Some people might not agree that it’s original or new, but basically, it is.

The loneliest you will get is in the most public of arenas: You will go to a place and end up in the smallest compartment possible, because it’s a distraction to everybody, and you end up not getting to enjoy it like everyone else.

My father was and is a great journalist. Thirty years ago, I was studying broadcasting in college, and the problem was I wasn’t nearly as good as my father. I wasn’t as quick or as smart as my old man, and I realized it would be a long time before I was ever going to be, and I decided to do something else.

George Clooney is living one of the happiest and most exciting times of his life. The actor has debuted in his role as a father with the help of his wife, the lawyer and human rights activist Amal Clooney nee Amaluddin.

Clooney put aside his Hollywood ‘golden bachelor’ label when Amal crossed his path. But how did they meet? How was that first moment? These questions are already answered thanks to the interview that the popular actor had given to David Letterman in his new space on Netflix: They do not need an introduction with David Letterman.

During the interview, George Clooney said that he met Amal without leaving home. It all happened in the month of July when he was enjoying a few days of rest with his parents in the house he has on Lake Como, Italy.

A good friend of his called him to ask if he could stop by with a friend since he was nearby. Clooney accepted and received Amal Alamuddin in his mansion without knowing anything about her. Even so, his agent called him immediately to tell him that he knew that she would be the woman of his dreams: “I met that woman who is going to your house, she is the person you are going to marry.” And it really happened that way. “

All said and done, George was completely in love with the lawyer but wondered if she would want to go on a date with him. Even so, he took advantage of the fact that she had to send him an email with photos that he had taken with their parents to start a relationship that culminated in a romantic Venetian wedding in September 2014 and the birth of his twins this past 2017.

Want to Become Smarter? Do These Things Every Day!

5 Reasons Proving You Must Wake Up Early