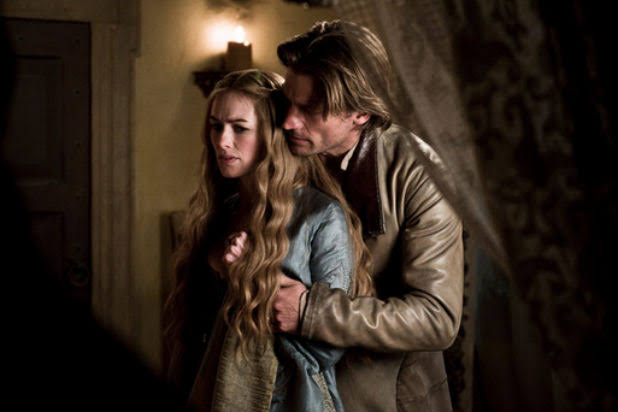 There are less than 72 hours to go before the eighth and final season of HBO’s blockbuster Game Of Thrones premieres on television/streaming services/torrents etc. A majority of the world’s viewers have been waiting patiently for almost two years for this day. Weekends and work days are going to be planned around it (since time zone differences will ensure that the people in the Eastern Hemisphere will end up watching the first episode on a Monday morning).

Everyone who is a fan of the show or has even watched with partial interest can easily list some of the craziest sex scenes of the show. Game of Thrones’ sex scenes are such an integral part of the story and plot development that they have become synonymous with the show itself . Nudity and sex is not new for HBO as the channel has always been very open towards it. However, Game of Thrones sex scenes have taken HBO’s no-holds-barred approach towards nudity to a new level. Bare, sweating and heaving bosoms along with clenched buttocks are as much a hallmark of the show as fire breathing dragons and ice breathing whitewalkers (or Others as per the books). Let’s not forget, this whole damn thing started because poor Brandon Stark stumbled upon Cersei and Jaime Lannister indulging in some incestuous (or twincestuous?) sex after climbing one of the towers of Winterfell. The rest, as we know, is Westerosi (and TV) history.

After a detailed take on the motive and philosophy behind the widespread usage of sex scenes on Game of Thrones yesterday, it’s time to get into the nitty-gritty of things. You read about the theory, and now it’s time to look at the practical application. Here’s a list of the steamiest, craziest, dreamiest, nastiest Game of Thrones sex scenes. Definitely NSFW (unless you work in a sex dungeon).

This is the scene which basically gave birth to the term ‘sexposition’. Petyr ‘Littlefinger’ Baelish runs a brothel in King’s Landing and gets frustrated at the efforts of two of his prostitutes Ros (who is from the North) and Armeca (wherever she is from). He gives them a lesson about giving their patrons what they want by asking the women to ‘ease into it’. He then goes on to describe his eternal love for Catelyn Stark as the women ‘ease into it’. Elvis Presley sang Love me Tender, Littlefinger didn’t.

Sam the slayer had to work REALLY hard to slay his virginity. This is crazy for the simple fact that a perceived coward such as Sam, who is as physically unfit as a man of the night’s watch can be (except maybe the blind and decrepit Maester Aemon Targaryen), can actually get some action. Watch and learn guys, you don’t really need a six pack to get laid. You can be fat and clumsy, as long as you slay a whitewalker. All jokes aside, it is definitely one of the sweetest, most intimate moments of the show.

I don’t really have an idea about how women actually behave during slumber parties. They probably do talk a little about sex and share tips. However, I am pretty sure they don’t end up mounting one another and share their knowledge using a hands (and everything else) on approach. Well, in the world of Game of Thrones, they do.

The scene that started it all. This monumental (and quite unimaginable) sex scene featured twin siblings Cersei Lannister and Jaime Lannister getting it on in an abandoned Winterfell tower. The showrunners threw the book of ‘taboos & what to show, what not to show on TV’ out of the window, in the same way that smug Jaime Lannister threw a hapless Bran Stark out of the window after he discovered them. People sing songs and buy chocolates for love, Jaime throws kids off tower windows.

This scene proved that nothing really can stop love, even the lack of necessary anatomical parts. Grey Worm, an Unsullied soldier, had his penis (or ’lovegun’, if you are a Kiss fan) chopped off as a boy. However, since that never stopped him from slaying his enemies on the battlefield, why the hell would it stop him from slaying on the bed? Mr. Worm used his non phallic body parts to make love to Missandei, and probably left her screaming ‘Yes’ in 19 different languages.

This scene isn’t really the steamiest/craziest of the show, but it introduced the world to its favourite drunken little lecher, Tyrion Lannister. And it featured him doing one of his favourite things, sex. So it has to be on the list.

This sex scene shouldn’t be surprising. Daenerys Targaryen and Jon Snow are two of the most powerful and attractive people in Westeros. Hence, it was only natural for them to become powerfully attracted to each other and eventually get it on. There is a slight catch though, Daenerys is actually Jon’s aunt! But hey, this is the world of Ice and Fire, so anything goes.

Ever since Joffrey Baratheon died, the world needed a new sadistic bastard which it can unanimously hate. Ramsay Bolton (Snow for sometime) stepped up to the challenge and came out with flying colours. Congratulations Ramsay, you united the world in hatred against you. This scene shows that he enjoys violent and sadistic sex with his similarly psychopathic lover Myranda as she bites his lips with her teeth. More fuel for our hate. Yay!

9. Oberyn, Ellaria and others

Stannis Baratheon staked his claim to the Iron Throne after he found out that Robert Baratheon’s three (non-bastard) children are actually Jaime Lannister’s bastards (it’s Game of Thrones, such things happen). Sadly for him, more houses thronged to the claim of his younger brother, Renly Baratheon. So, after discussing the battle plans over a map of Westeros in the island fortress of Dragonstone, his red (hot) priestess from Asshai, Melisandre, convinces him that the only way for him to defeat Renly is to have sex with her and conceive a shadow baby which can then go and murder Renly (yes, that happens as well). Needless to say, Stannis found the offer to be one he couldn’t refuse.

What’s It Like Being Hailey Baldwin, Justin Bieber’s Wife?