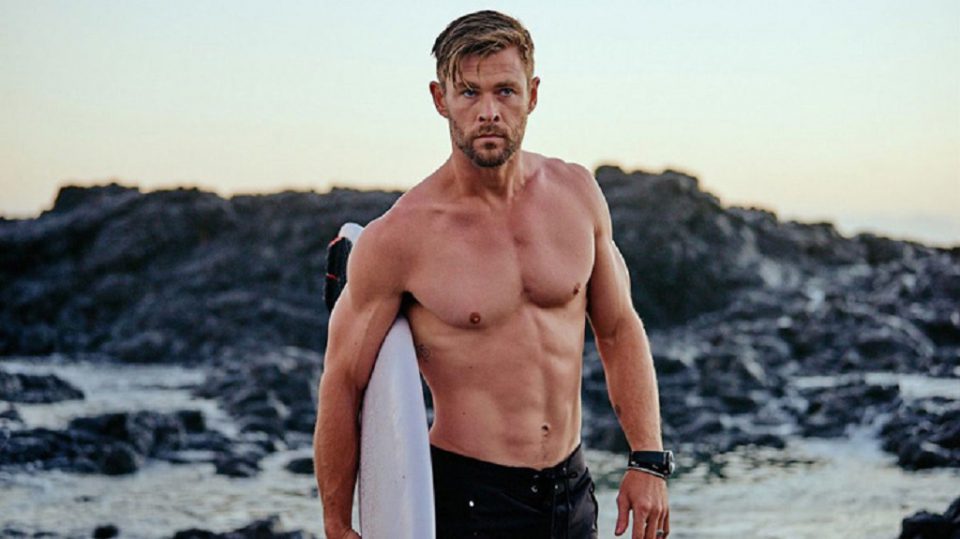 When we look at the Australian hunk that Chris Hemsworth is, all we can think about is how perfect he looks. The only movie that comes to mind is Thor and us all agreeing on this – nobody else could have done Thor better than Chris Hemsworth himself. He indeed has it all, from wow-ing looks to excellent acting skills and a good sense of humor. People assume that his rise to fame was easy because he carries these unique aptitudes with maximum conviction. But the true story is far from easy. It is a rocky road though Chris Hemsworth has been around, seen it, and done it all, from guaranteeing his survival by doing side jobs to nearly losing the role of Thor.

Remember how Chris Hemsworth almost did not make it as Thor due to Dancing with the stars?

During 2006, Chris Hemsworth’s appearance on DWTS Australia nearly cost him one of his biggest professional breaks as Thor, God of Thunder, and is one of the original Avengers.

Because of his participation in Season 5 of Australia’s edition of Dancing with the Stars, this Australian actor came close to losing his status as the God of Thunder.

Derek Hough who was the former Dancing with the Stars contestant and current star of High School Musical: The Musical: The Series, a while back had spoken to PopCulture.com regarding his love of dancing, as well as his love of superhero films and even a funny story he brings to mind hearing about the Marvel star that is now bringing Hemsworth’s dancing career back to prominence.

As Chris Hemsworth sat down for an interview with the BBC in the year 2017, he confirmed the role which was almost awarded to somebody else. He recalled his conversation with Marvel President Kevin Feige, as well as everything Feige had informed him.

They all saw his audition, according to Kevin Feige. This had been passed around the office, and everybody was extremely into it. Then a number of the girls started to Google your name, and this dance video did come up, and he said to himself, ‘Oh no.’ Thor is dancing! We are going to be eaten alive by the fans!

Hemsworth had a match with professional dancer Abbey Ross in Season 5 of Australia’s Dancing with the Stars. Also, the iconic Australian soap show Home and Away featured the Australian heartthrob as being one of the major protagonists. Summer Bay, a small seaside village outside of New South Wales, was the center of the show. From 2004 until 2007, Hemsworth was a regular on the show.

Hemsworth appears to have maintained his appreciation of a good musical routine since his Dancing with the Stars days. He is a Twitter user who has posted videos of himself dancing with his gorgeous family.

It is tough to picture Thor without Chris Hemsworth, yet the actor almost did not get the part due to his appearance on Dancing with the Stars. In 2011, Hemsworth debuted as the God of Thunder, becoming the first superhero to be presented after the popularity of Iron Man.

Thor was a tremendous box office success, and it also introduced Tom Hiddleston to the Marvel universe as Loki, Thor’s adopted brother and even the God of Mischief.

Fortunately, Kevin Feige and Marvel determined that a dancing blonde Australian would be ideal for the part of the God of Thunder, and we can all breathe a sigh of relief. It is indeed difficult to imagine anyone else playing Thor but Chris Hemsworth.

Hemsworth made his appearance in the subsequent Avengers films and two standalone sequels: Thor: The Dark World in 2013 and Thor: Ragnarök in 2014. (2017). The long voyage of said superhero in the MCU has created a complicated character who has experienced both heroic adventures and heart-breaking losses. Thor accompanies the Guardians of the Galaxy following Avengers: Endgame, leaving New Asgard in Valkyrie’s care. Chris will reprise his role in Thor: Love and Thunder, which will be out in 2022.

As Hemsworth’s name has become synonymous with the Asgardian deity and superhero, his participation in Australia’s Dancing with the Stars ended up costing him the part. Renowned choreographer Derek Hough stated to PopCulture that Hemsworth was recently cast as the next big Marvel superhero after the studio’s officials viewed a video of their Thor hopeful performing the Samba in the reality program. Hemsworth had already been well-known in Australia at the time, but he was still basically new in the United States. According to Hough, Chris Hemsworth has been on Australia’s Dancing With the Stars, dancing the samba, also he was genuinely cast or was about to be cast, and Hough thought somebody called and said, “Yo, have you ever seen him dancing the Samba?”

“This cannot possibly be our Thor”

In 2006, Hemsworth appeared on Dancing With the Stars Australia as a guest and finished fifth. Marvel executives saw old footage of Hemsworth’s dance sequence and second-guessed the casting five years just before the movie’s premiere. The studio’s initial reservations regarding Hemsworth’s appearance are understandable. After all, Thor Odinson was a strong, powerful god deserving of his legendary hammer, according to both comics and Norse mythology.

Hemsworth just completed filming for his upcoming Marvel picture Thor: Love and Thunder. Natalie Portman would reprise her role as Jane Foster, while Chris Pratt will play Peter Quill, implying that the Guardians of the Galaxy will make an appearance. The next film will be out on May 6 in the year 2022.

Hemsworth might well have moved on from his moments on Dance With the Stars, yet his dancing skills came in handy for Thor in the end. It undoubtedly prepared the actor to be quick and nimble to perform several of the film’s tough stunts. The 37-year-old actor has more than proven that he is the best candidate for the job after playing a strong superhero for a decade and seven films.

Despite a tumultuous journey marked by self-doubt, rejection, and disapproval, Thor actor Chris Hemsworth has reached the peak of the entertainment world. The star not only paid off his home loan but also accumulated a net worth of $130 million. Lately, Hemsworth completed filming on his latest Marvel film, Thor: Love and Thunder. Natalie Portman will reprise her role as Jane Foster, and Chris Pratt will play Peter Quill, implying that the Guardians of the Galaxy will make a cameo appearance. The new film will be out on May 6, 2022, and no, we cannot wait for it!

Top Reasons Why Vegetables Are Essential for Kid’s Health