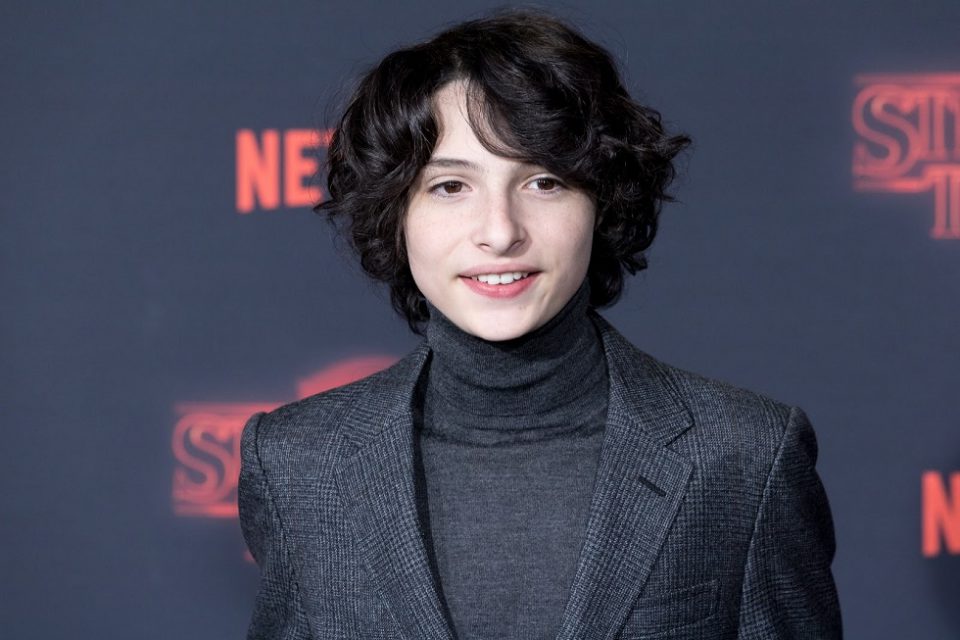 Finn Wolfhard plays the role of Mike Wheeler on the superhit Netflix show Stranger Things. The show, despite being a horror show with a retro theme, has a large fan following and universal acclaim. It’s perhaps the show’s 80s setting that appeals a lot to fans and gives the show its timeless vibe. One of the other reasons why so many people love Stranger Things is its endearing cast filled with promising young actors. Finn Wolfhard is one of those young stars that shine the brightest. Co-incidentally, Finn Wolfhard is his full name. It’s not a stage name o a shortened version of something else. His first name is just Finn and his surname Wolfhard, means “wolf-heart” in German. Let’s find more about this incredibly talented and promising actor who is also an accomplished musician.

Finn Wolfhard: Interesting Facts and Things You Need to Know

When was Finn Wolfhard born?

Finn Wolfhard was born on December 23rd, 2002 in Vancouver, British Columbia, Canada. He is of French, German and Jewish descent. He is currently studying in a catholic school.

Finn Wolfhard is one of those rare talents that look at home anytime they are on set. The 17-year-old Canadian looks set to feature on our screens for a long time to come

“I just used to be interested in filmmaking in general. I think growing up in Vancouver is a different lifestyle than growing up in most other places. People make different choices, obviously. Finally, I just got into acting. I got my first gig on Craigslist… It can be sketchy. But that’s how I got my first shot.”

Well, I kind of did the math in my head when I was like, 9. I was like, ‘Well, if I want to make films’ – because I want to be a director – ‘I could just go on a film set and learn there.’ And then I ended up falling in love with acting and the set and making friends all the time. And so I’ve just been doing that ever since.

The gig involved doing a video for a young Vancouver band. That’s how his love affair with acting and being on set began. However, his passion for acting remained.

Finn Wolfhard was sick during his Stranger Things audition

Finn Wolfhard’s portrayal of Mike Wheeler in Stranger Things is his most iconic role yet, but you wouldn’t believe the casual nature of his audition. He was sick and lying in the bed while auditioning for the role. He took a video using his phone and sent it to the showrunners. He then got the call to meet the showrunners in Los Angeles.

Wolfhard loved the script from the very beginning. He also felt at home with the show’s retro setting because he was already in love with the 80s. He told Dazed;

“The synopsis called it a love-letter to 80s teen drama, horror and sci-fi. I was like, ‘I’m in.’ I love retro culture. I love retro games; I love retro music. And so I was sort of in that boat from the beginning. I didn’t really need any proper training.”

Finn went onto star in Stranger Things, and he claims that his experience on the show made him a better actor. He continued;

“Playing Mike, I accessed feelings I’d never accessed before. I emerged a better actor. I want to give myself credit for that, more than I did at the time. I mean, obviously, there is no perfect person; there’s always work to do. But that’s what I love about acting. You’re never perfect.”

Finn Wolfhard also added this about Stranger Things: “It’s really cool when the thing you are working on as a small team gets embraced by millions, but in the end, it’s about your character and the script and your director and the rest of the cast and crew.”

Finn Wolfhard’s parents lived through the 80s and they were able to give him some first hand insight on the glorious decade of excess. This is what he said: “My parents were in high school and college in the ’80s, so let’s just say I’ve heard some stuff, man. We listen to a lot of music and watch lots of great films, but the real context they provide from that era is about politics.”

Finn landed his role in Stranger Things after losing a spot in the film adaptation of Stephen King’s It. He lost the role after the film’s director, Cary Fukunaga, left production. Finn had to re-audition for the role of Richie, and thankfully, the new director, Andy Muschietti, loved his audition.

This is what Finn Wolfhard said about the use of horror in the script of Stranger Things.:

“It’s intriguing to me, when I see a horror script, or something like that, that’s actually original. I think that’s why I love ‘Stranger Things,’ because it’s not just horror, it’s everything, and when they use horror it’s right.”

Finn Wolfhard also narrated a funny incident from his childhood, describing how horror movies and characters had managed to leave an imprint on his mind from a very young age. He said: “One time, when I was really young, my dad and brother were watching ‘Team America,’ the Trey Parker and Matt Stone movie. I walked in and they didn’t know I was there, but I got really freaked out by the marionettes – just the look of them, their mouths, those grins. That cemented in my brain.”

Wolfhard went on to become a specialist in horror films. He starred in horror flicks such as It Chapter Two and The Turning. However,  Finn told Interview Magazine that horror isn’t his favorite genre;

“This movie is horror-ish. It’s spooky. It’s a really big coincidence that I do horror movies. I love them, but it’s not my favorite genre.”

He stated that his favorite genre is comedy and that he would love to star in comedy films in the future.

Finn has achieved a lot of success as an actor, but in the future, he wants to achieve success as a director. He writes screenplays in his free time, and he hopes that someday, one of those screenplays will make it into a film. Finn told Interview Magazine:

Finn is intent on making a film, and he recently called on fans to help him fund the creation of his first film. Wolfhard plans to create a comedy called Night Shift. He has already written the film, and all that remains is acting it out. According to Metro, Finn said;

“It’s about how people come in and out of your lives and nothing’s the same even after high school… I’ve been toying with that idea in my mind for a long time and I thought the best way to get a budget for it was to do this.”

Finn raised funds via the crowdfunding site, IndieGogo. Finn Wolfhard gave executive producer credits (among other perks) to all the people who donated.

He is set to star in the 2020 film Ghostbusters

Finn Wolfhard is set to appear in the 2020 Ghostbusters Movie

“I saw it when I was really, really young. I was a giant fan immediately, and it was one of the weirdest auditioning experiences that I’ve had so far because, in season 2 of Stranger Things, there’s a point where we’re all dressed up in Halloween costumes, and we’re all Ghostbusters.”

Finn has been on an upward spiral since his career began, but he is determined not to get carried away by his success. He knows that one wrong move can derail his promising career. Finn told Interview Magazine;

“When you’re in the spotlight as a kid, you can’t do that. You can’t make a mistake, or else it’s public and your career will be over. It’s one of those things where you have to be ultra-vigilant about what you say and what you do.”

Finn shot to fame after Stranger Things came out, and he quickly found out that living with fame was more difficult than he thought. He described one scary experience while talking to LA Magazine;

“I was walking back to my apartment, and this couple followed me there. I was thinking the whole time, ‘These people are following me. That’s not right.’ And finally I got to my door, and they were like, ‘Can we have a picture with you?’ And I remember being like, ‘No! You just followed me back to my home! You know where I live?”

However, when Finn goes back to school in Vancouver, he feels normal again. People in school don’t treat him like a famous actor. Instead, they treat him like the 17-year-old boy he is. Finn told Dazed;

“Those are the people who save me. It’s like, ‘Shut up, let’s go to class. Stop talking about yourself!’ They’re that little dose of reality for me. It’s awesome.”

Finn is a talented musician, and he is particularly skilled with the guitar. His music inspiration comes from the 80s and 90s. He told Dazed Magazine;

“I love 80s and 90s music. I love Nirvana, Joy Division and New Order – older alternative, I guess. There’s a scene where they use ‘Atmosphere’ by Joy Division. Charlie Heaton’s character is crying. It’s perfect.”

For a long time, Finn was the lead vocalist and guitarist for the band, Calpurnia. The band dissolved in November 2019, and Finn joined another band called The Aubreys. Finn’s new band is set to feature on the soundtrack to the film, The Turning. The Aubreys recently worked with Laurence Rothman to create the song, Getting Better.

“Finn and his bandmate Malcolm came to my studio and we had a chaotic eight hour session where it all came together fast. Jay Reatard 90’s band The Reatards we blasted in the studio during our session breaks, and a bit of that influence came into the recording of the song.”

Finn Wolfhard does a lot of charitable work

In 2017, Finn sold merchandize and donated the proceeds to spreading awareness and acceptance for autism. He also took part in the Strange 80s benefits concert to raise funds for musicians in need of medical care. Victoria Williams came up with the idea of the Strange 80s concert in 1993.

According to advocacyhonors.com, Finn said, “But it’s musicians you’ve never heard of that we need to protect. They’re self-employed, so health care is insanely expensive. No one should ever fall through the cracks.”

Is Finn Wolfhard single or taken?

Finn Wolfhard has made it very clear on multiple occasions that he is single. However, his on screen relationship with co-star Millie Bobby Brown’s character is adored by fans.

Who is Finn Wolfhard’s mother?

Finn Wolfhard’s mother’s name is Mary Jolivet. She had a key role in introducing him to music. She introduced him to bands like The Beatles when he was just seven years old. That clearly rubbed off on him.

6 ways to use credit cards for financial stability