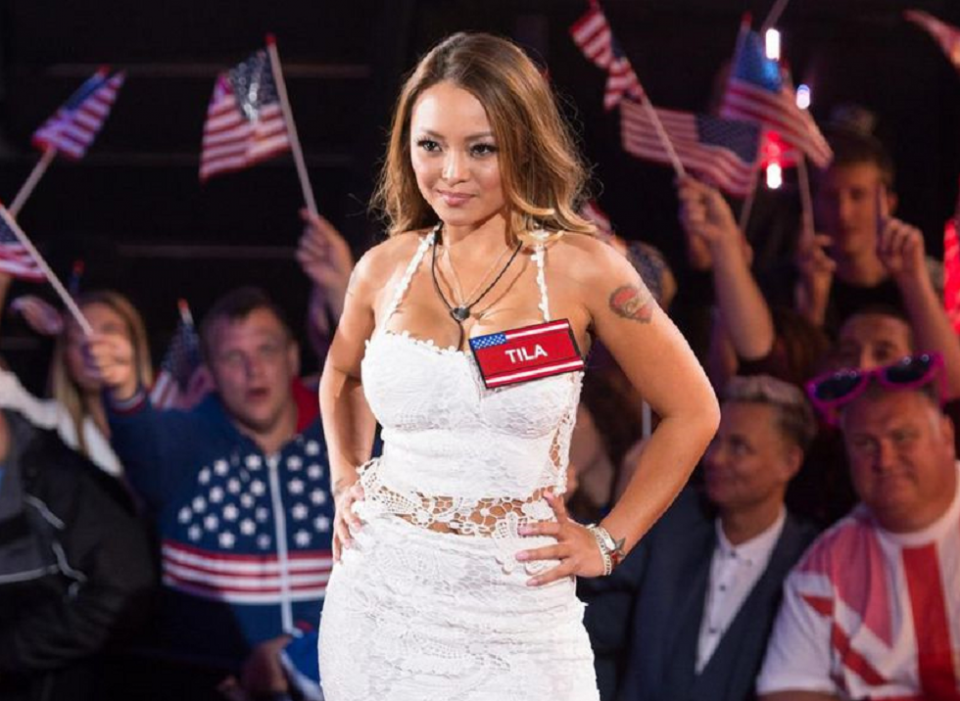 Tila Tequila is considered a MySpace relic, but one cannot deny her influence in the 2000s. In fact, what’s funnier is that the Playboy model, singer, and reality TV fixture will never, in reality, produced anything of consequence. It seemed that her only goal was to become a famous face at any cost. And guess what, it paid off! In fact, the pint-sized personality had stayed relevant for several years just by attaching her name to one short-lived project after the other.

However, not everyone has embraced her outrageous persona. And in the year 2013, she finally crossed a line that led her to be blacklisted by all primary outlets. So in this article will find out what happened to Tila Tequila and what is she doing now that made her out of the spotlight.

Nguyễn Thị Thiên Thanh who is better known by her stage name Tila Tequila was born on October 24, 1981. She was born to Vietnamese parents in Singapore but later raised in Houston, Texas. She said that she had a rough childhood but when she was found in a mall by a Playboy scout at 19, her circumstances changed entirely.

Furthermore, she took off for Los Angeles, and later in the year 2002, she became Playboy’s Cybergirl of the Month and then went on in order to pose in a number of pictorials for the magazine.

However, if you talk about the biggest boost to her profile that came in the year 2003 when she joined MySpace. And within a few risque songs as well as a handful of bikini pics that were posted to her page, she easily managed to gain attraction over 30 million views.

In the year 2006, Time magazine described her as the queen of social media platforms.

She credited her approachability to her popularity. Tila was even known to call a new fan every day for a quick chat.

“There’s a million hot naked chicks on the Internet,” Tila told the magazine. “There’s a difference between those girls and me. Those chicks don’t talk back to you.”

2. Tila Tequila Is Best Known For ‘A Shot at Love’

In the year 2007, Tila made the headlines while she starred in the new MTV reality show known as “A Shot at Love with Tila Tequila“. Well! This dating show wasn’t just any random version of “The Bachelor”, but, producers further lined up around 16 women as well as 16 men, leaving suitors in the dark about Tila’s bisexuality until the end of the first episode.

And to no one’s surprise, it actually turns out that the original reality series was anything but real. In the year 2007, as per a source, Page Six said that it was all a sham. “She’s made out with some girls in her past, as all girls have, but she is not bi at all,” said the insider.

In 2018, Tila echoed the report with her own confession on YouTube. “As a matter of fact, I was never bisexual,” said said. “The truth comes out. I was never a lesbian, I was never gay. It was all gay for pay. When I was filming that reality show, I had a boyfriend for the entire two seasons.”

3. Tila Tequila Went Off The Deep End And Became An Alt-Right Supporter

In the year 2010, Tila started rebranding herself and started recording new music. However, she went down a dark path that too in the year 2013 and began using her social media platforms so as to publish all the anti-semitic rants. Moreover, in a personal blog post titled, “Why I Sympathize With Hitler Part 1: True History Unveiled,” she claimed she was the Nazi leader reincarnated.

Then again, she was attacked by a number of Jewish public figures. And one tweet aimed at the very known comedian Sarah Silverman that read, “her (people) killed him. And I am so glad that I’m on THAT team!” She also told conservative commentator Ben Shapiro, “Excuse me [Ben Shapiro] My council believes you should be gassed and sent back to Israel but since I’m the bigger man I won’t hurt you.”

Apart from that, her words came back to haunt her that too in the year 2015 while she booted from the show Celebrity Big Brother. “Unfortunately, Channel 5 and [production company] Endemol did not know about the views and attitudes Tila had expressed in social media postings prior to her involvement in Celebrity Big Brother,” said a rep for U.K.’s Channel 5. “When they were brought to our attention, she was called to the Diary Room for a discussion with producers and was subsequently removed from the house.”

In the year 2016, she has attended a white nationalist event that was then hosted by a Nazi sympathizer known as Richard Spencer. “Seig [sic] heil,” she tweeted, adding a picture of her doing a Nazi salute. Twitter promptly shut down her account.

What Is Tila Tequila Doing Now?

Now the question is what is Tila Tequila doing now. She has rebranded herself entirely and this time as the Tornado Thien. Even though she was not much active on Instagram since the year 2018, she posts regularly on her YouTube channel known as “The Lord Your Righteousness”.

Well! You heard it right. The former freewheeling bisexual babe right now turned out as a born-again Evangelical Christian. While she is not spouting fire and brimstone sermons or trying hard to convince us that the earth is flat, she’s a mom with primary physical custody of her 6-year-old daughter Isabella.

In fact, she gave up on her singing aspirations. And in the year 2019, she set up a  GoFundMe in order to raise funds to record a gospel album.

Tila has got a wild history and her latest reincarnation actually doesn’t appear to be pretty much of an improvement on her previous persona. We’re inclined to echo Sarah Silverman after Tila attacked her on Twitter. “You deserve love,” the comedian told her.

Legal Separation Vs. Divorce: What Are the Differences?