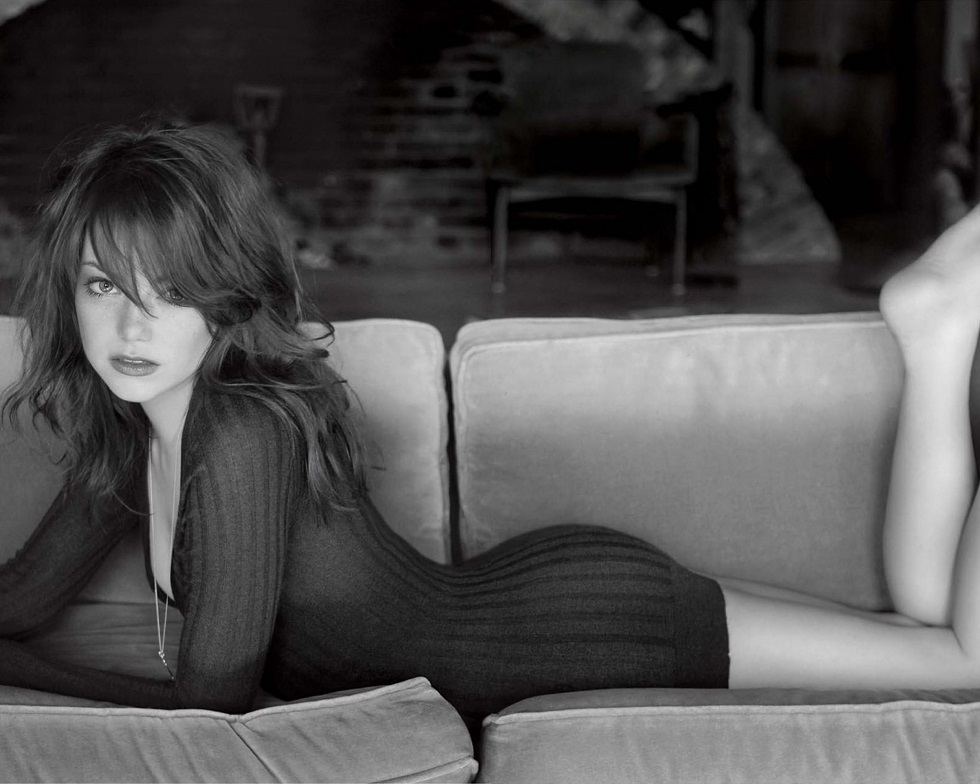 Emily Jean Stone popularly referred to as ‘Emma Stone’ is an American actress born on 6th November 1988, in Scottsdale, Arizona. She received an Oscar and many awards for her acting and was the highest paid actress in the world for the year 2017.

Emma Stone tops the list of 15 Hot Redheads of All Time published by 2MinutesRead.com.

Emma Stone was very interested in acting from her school days. By the age of 11, she began her first role in a young theatre production of the wind in the willows. She also has performed with the theatre’s comedy troupe where she has acted in over 16 productions in the theatre which included Alice in the wonderland, the princess and the pea and many more.

With a keen interest in pursuing acting, she has dropped out by just attending for one semester in Xavier College Preparatory high school. Madonna’s famous song “Hollywood” inspired Stone to convince her parents to move to Los Angeles to focus on acting by making a PowerPoint presentation named “Project Hollywood”. With a success, she and her mother moved to Los Angeles where she was auditioning for various roles. While giving auditions she used to even work part-time in a dog biscuit bakery.

Emma as a child suffered from a vocal problem and panic attacks, though she described herself as being bossy and too loud during her earlier school days. After taking part in various local theatre plays, she had overcome these issues.

As a contestant on Australia’s next top model already took the name, Emily picked up her stage name as Emma Stone instead while registering for the screen actors guild. She took the name Emma in honour of singer Emma Bunton who was in the Spice Girls as Baby Spice. Stone’s first role was in the year 2005 where she got the role of Laurie Partridge in The New Partridge Family, a pilot for a television series. Following from that year, she gained many roles in the television series, which later in the year 2007 she made her first film debut with Jonah Hill and Michael Cera in a teen comedy named Superbad. In the following year, Stone got a role in a comedy movie named “The Rocker (2008)” in which she plays Amelia Stone. The actress has admitted that she found it difficult portraying this character whose personality differs from her own. The film and her performance received negative reviews and commercial failure.

Over the years, she got roles in many films such as Ghost of Girlfriends Past, Paper Man and Zombieland which was all released in the year 2009. After many sling performances, she made her breakthrough in the year 2010 where she achieved her first lead role in a teen comedy Easy A, inspired by Nathaniel Hawthorne’s The Scarlet Letter. With her dedicated performance, she got a nomination for a golden globe for her role.

Stone gained a role alongside Ryan Gosling and Steve Carell in a romantic comedy Crazy, Stupid, Love (2011) and even got cast in The Help for the role of a skeeter. The movie “The Help” got nominated for the Oscars and for the Gold Globes best movie. She later landed a role in a superhero movie “The Amazing Spider-Man (2012)” and “The Amazing Spider-Man (2014)” where she played as Peter Parker’s girlfriend Gwen Stacy. With following few successes and recognition she landed roles in Gangster Squad (2013) with Ryan Gosling as his love interest in a partnered crime, The Croods (2013) and costarred with Colin Firth in a romantic comedy the Magic in the Moonlight (2014).

Stone got nominated for the Academy Award, BAFTA Award, Golden Globe Award and Screen Actors Guild Award for best supporting actress in whom she portrayed as a recovering drug addict and a daughter of a Hollywood star in the comedy/drama Birdman. In late 2014, she made her Broadway debut for the part of Sally Bowles in Cabaret with Alan Cumming. Stone’s marvellous performance caught the eye of director Damien Chazelle who later cast her for his movie musical La La Land (2016) alongside actor Ryan Gosling. She won a Golden Globe award, BAFTA award and an Oscar for best actress in a leading role.

With her following excellence, Stone Starred in Bottle of the Sexes (2017) as she portrayed a great athletic tennis champion named Billie Jean King in a king’s 1973 match against former champion Bobby Riggs. Later in the next following year, she starred in a Netflix series Maniac (2018) in which they represent two strangers that draw towards a mysterious pharmaceutical trial that assures them that with no side effects or no complications it could solve all their problems permanently. That same year Stone featured in a historical drama “The Favourite (2018)” alongside actor Rachel Weisz where the two cousins are fighting for the affection of Queen Anne. It was very challenging for Stone to be among the British cast whereas an American actress she had a little difficulty in mastering the accent. For her role in “The favourites”, she received her third Oscar award nomination.

Stone has mentioned that she has a very special bond with her families. Her father Jeffrey Charles Stone is a businessman who is a CEO of a general contracting company and her mother Krista Jean Stone is a homemaker and has a younger brother Spencer Stone. She has an English, German, Scottish, and Irish ancestry. By the age of 12 to 15 she lived on the grounds of Camelback Inn Resort. Stone moved out to Los Angeles when she was younger to focus on her acting career. She moved to Greenwich Village, New York City in the year 2009 and later in 2016 she returned to L.A. She has been fond of actress Diane Keaton where she stated that she is the most covered-up actresses of all time.

Stone has never discussed her personal life despite frequent media interviews and rumours. From the year 2007 to 2009 she dated singer Teddy Geiger and later she dated actor Kieran Culkin from the year 2010 to 2011.  During the production of The Amazing Spiderman, she dated her costar Andrew Garfield. Stone and Garfield encouraged many people to visit websites relating to spreading awareness of autism. They later got separated in the year 2015. Since 2017, stone is in a relationship with Saturday Night Live segment director Dave McCary.

Life of Sofia Vergara: Journey from a model to Cancer survivor