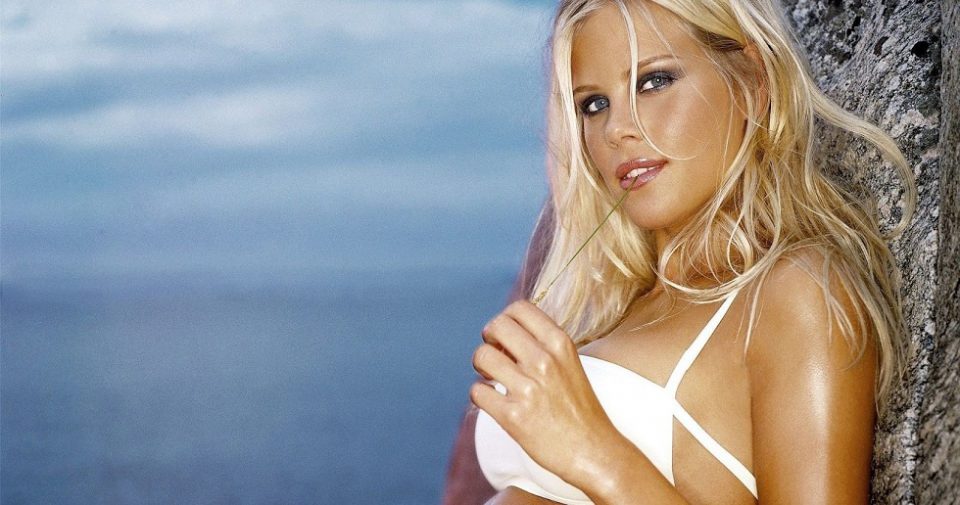 Elin Maria Pernilla Nordegren is a Swedish model and ex nanny who rose to fame as “the nanny who married Tiger Woods”. Elin Nordegren and Tiger Woods eventually separated after reports of Tiger Woods cheating on her with hundreds of womenThe blonde Swede has modeled for ‘Cafe Sport’ magazine and has appeared on the cover of the same. She has also worked as a nanny for golfer Jesper Parnevik. This beautiful Swedish woman is the daughter of Barbro Holmberg, a politician and Thomas Nordegren, a radio journalist. She also has a brother and a twin sister. She was a student of psychology and also spent some time working at a clothing store. Following her divorce from Woods, who was caught in a cheating scandal, she received a whopping amount of $100 million as the divorce settlement. It can safely be said that she is better known for being Tiger Woods’ ex wife all over the world. However, she tries to keep as much distance as possible from the media. A striking blonde with blue eyes, this beauty with brains is said to be a charitable person. Currently, she lives with her family in North Palm Beach, Florida.

Elin Nordegren: All You Need to Know

Where was Elin Nordegren born?

Elin Nordegren was born January 1, 1980. She was born in the capital of Sweden, Stockholm. Her father Thomas Nordegren works as a radio journalist and her mother Barbro Holmberg is the former migration and asylum policy minister of Sweden. Elin Nordegren has two siblings, twin sister Josefin and older brother Axel.

Where did Elin Nordegren study?

She attended ‘Rollins College’ and graduated from there in 2014 with a degree in psychology. While studying at ‘Rollins College,’ she received an ‘Outstanding Senior’ award. As for now, Nordegren resides in North Palm Beach, Florida.

What did Elin Nordegren do during her early life?

Through her early life, Elin Nordegren did a lot of odd summer jobs. While studying, she worked as a supermarket cashier to earn some extra cash. In 2000, she started modeling and appeared on the glossy cover of the ‘Cafe Sport’ magazine. Soon after this, she joined a clothing store called ‘Champagne.’

While working at Champagne, Nordegren met the wife of golfer Jesper Parnevik and was hired as a nanny for the couple’s children. Elin Nordegren was introduced to Tiger Woods by Jesper Parnevik during the 2001 ‘Open Championship.’ Nordegren had a boyfriend back home and was not interested in golfers. However, she became close to Woods after the relationship with her boyfriend dissolved. In November 2003, Nordegren and Woods attended the ‘Presidents Cup’ tournament that took place in South Africa. There, she accepted Wood’s proposal.

In 2004, Elin Nordegren and Tiger Woods got married at ‘Sandy Lane’ resort in Barbados in the presence of family members and approximately 200 friends, including basketball players Charles Barkley and Michael Jordan. The couple’s first child, daughter Sam Alexis was born in 2007 while their son Charlie Axel was born in 2009.

Soon after the birth of their son Charlie Axel in 2009, the couple’s marriage hit the rocks when Woods publicly admitted to infidelity in December 2009. After his affair with nightclub hostess Rachel Uchitel became public, more than 100 other women came out and claimed that Tiger Woods had slept with them as well. Following this, Woods took a break from his career to fix his personal issues. However, these efforts were not successful and the couple finalized their divorce on August 23, 2010. Nordegren received $100 million as divorce settlement. After the divorce, Jesper Parnevik said: “I’m kind of filled with sorrow for Elin since me and my wife are at fault for hooking her up with him, and we probably thought he was a better guy than he is.”

What did Elin Nordegren do after her divorce with Tiger Woods?

Using the $100 million she received from her divorce from Woods, she purchased a $12 million Florida mansion built in the 1920s. She had the entire structure demolished after an architect advised that it made better sense to start over than to try bringing the home up to current hurricane safety codes. Before demolishing the home in December 2011, she allowed Habitat for Humanity to come into the home for four weeks and salvage anything they found of value. The contents of the estate were auctioned at a Habitat for Humanity warehouse, including a 12-foot (3.7 m) fountain with water spouting out of three lions’ mouths, five refrigerators, temperature-controlled wine coolers and other furniture.

“My relationship with Tiger is centered around our children, and we are doing really good – we really are – and I am so happy that is the case. He is a great father.”

“Forgiveness takes time. It is the last step of the grieving process.”

“I believe in love because I’ve seen it. I’ve been there.”

“In the beginning, you tamp down the animosity for the kids’ sake. I’m not going to deny that I went through the wringer. But I don’t think I doubted we’d end up here. That was always my dream, that the kids can have two loving parents that show respect for each other. And I feel that’s what they have.”

“In general, in any kind of stepparent relationship, I’m happy that there’s somebody else loving my children.”

“I know I will have to come to forgiveness and acceptance of what has happened for me to go on and be happy in the future. And I know I will get there eventually. I wish him all the best in the future, as a person and as an athlete … I feel privileged to have witnessed a part of his golfing career.”

“I’ve been through hell. It’s hard to think you have this life, and then all of a sudden – was it a lie? You’re struggling because it wasn’t real. But I survived. It was hard, but it didn’t kill me.”

“Money can’t buy happiness. Or put my family back together.”

What is Elin Nordegren’s net worth?

Elin Nordegren’s net worth as of 2020 is $110 million. She has earned most of this money through her long and successful career as a model and the $100 million divorce settlement she received from Tiger Woods.

Who is Tiger Woods’ ex wife (Elin Nordegren) with now?

After her fivorce with Tiger Woods, Elin Nordegren started dating billionaire Chris Cline. The couple’s on and off relationship ended for good in 2016. Chris Cline died along with his daughter Kameron and five other people in a helicopter crash in 2019. Elin Nordegren is currently dating 31 year old former NFL player Jordan Cameron. The couple have a son, Arthur Nordegren Cameron together. Arthur was initially named Filip, but the couple got it legally changed to Arthur.

How tall is Elin Nordegren?

So this was a brief snapshot of the life of Elin Nordegren. After rising to fame as the wife of Tiger Woods, she has built a successful life for herself since her divorce with the great golfer.