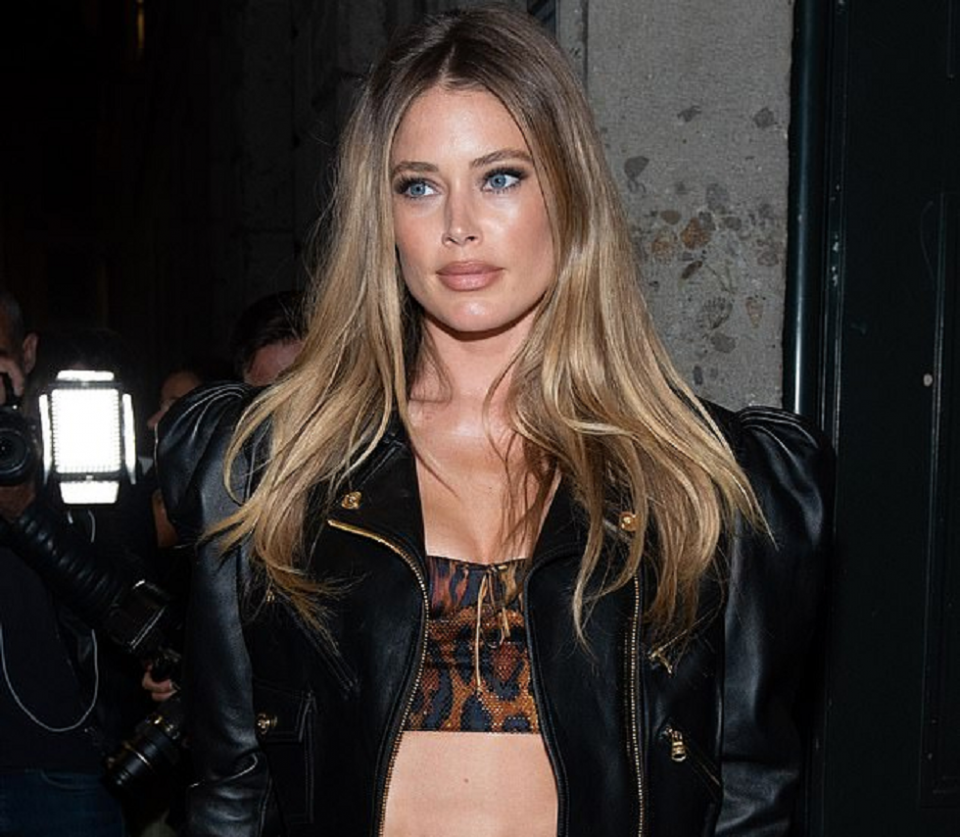 Doutzen Kroes is a big name in the modeling industry, and she is the second-highest-paid catwalk star across the globe. The Dutch Frisian model began her profession in 2003 in the Netherlands. She rose to fame after she got a chance to essay Victoria’s Secret Angel in 2008. And since the year, she has been in the top five best-paid models.

Kroes: Journey from an aspiring skater to top model

Doutzen Kroes didn’t become successful overnight; instead, things came to her step by step. She is a model, an actor and brand ambassador. Besides making a solid presence in model/acting, she is one of the most dedicated members to contribute to non-profit organizations. Let’s find out more about her entire journey!

Kroes was born to a Frisian family on 23 January 1985 in the province of Friesland, Netherlands. With a total population of nearly 650,000, Friesland is a typically rural province in the northwest of the Netherlands where natives use their own language to communicate. Talking about her family, her father was a psychotherapist and her mother was a nurse and later became a teacher. Because both of her parents were champion speed skaters, she aspired to become a professional speed skater when she was a child.

Doutzen wanted to be a champion in speed skater, but destiny had bigger plans for her. She described herself as a “tomboy” in her youth and had no interest in pursuing a career as a professional model. After graduating from high school, Kroes starting searching for jobs to earn a living. At the age of 18, she sent her pictures to a modeling agency named Paparazzi Model Management, situated in Amsterdam. Later, in 2003 she was able to make her way into the industry with a bang.

She was casted a few times by Victoria’s Secret, and later, they asked her to try out as an “angel”. And guess what! In 2008, she became a Victoria’s Secret Angel. The most surprising fact is that when Doutzen moved from the Netherlands to New York, she had never heard of the brand!

Talking about her modeling achievements, Doutzen has featured on the covers of Vogue, Seventeen, Marie Claire, Time, Harper’s Bazaar, Elle, Dazed & Confused, W, Avantgarde, and Numéro. Also, she consistently walked the runway for many big brands from 2005 to 2014. She was declared as the “Model of the Year” by Vogue in the year 2015.

Kroes has endorsed almost all premium brands. Some of her popular campaigns include Versace, Tommy Hilfiger, Gucci, Blumarine, and Calvin Klein. In May 2007, she made it to the cover of American Vogue as the “Next Top Models of the World” among others. Kroes also appeared in the 2008 Pirelli Calendar.

During fashion week for Prada, Kroes returned to the catwalk with her fellow Alessandra Ambrosio and Miranda Kerr in February 2010. Bonnie Fuller, former editor-in-chief of Glamour, Cosmopolitan, and Marie Claire magazines, praised Prada for their model. And after a few months in 2012, she shot major campaigns for both Tiffany & Co. and L’Oreal while continuing her alongside Victoria’s Secret. In 2014, Kroes features in the commercial of Calvin Klein Reveal Fragrance alongside Charlie Hunnam.

A couple of years later in 2016, she was declared as the spokes-model for Dutch lingerie retailer, Hunkemöller. From then, she has starred in several campaigns for the Hunkemöller brand and simultaneously, released her collection line ‘Doutzen’s Stories’.

Kroes debuted with Dutch 3D film Nova Zembla on 24 November 2011. When she moved from the Netherlands to New York, she was busy taking acting classes for many years. She even said this in her interviews that she was desperate to act in movies. She was casted as an Amazon warrior in Wonder Woman, which was released in 2016.

Kroes is a jack of all trades. She is an ambassador for the campaign “Praat mar Frysk” with an aim to promote the Frisian language. She is a philanthropist. As a part of the non-profit organization Dance4Life, she helps the organization in their awareness drives where they use dance and songs to educate youth about the prevention of AIDS. Also, she already joined hands with Wildlife Conservation and World Wildlife Fund.

Kroes’ personal life has been a roller-coaster ride and it couldn’t be wrong to say, “She is a one-man woman”. In 2009, Kroes began dating Dutch DJ Sunnery James. And one year later on 15th July, she announced that she was pregnant with James’ child. After the news, they both got married on 7 November 2010. And a few months later, she gave birth to her first child on 21 January 2011. The child’s name is Phyllon Joy Gorré.

In February 2014, she announced that she is expecting a second baby girl, and her daughter Myllena Mae Gorré was born on 30 July 2014. When asked about the future of her daughter in an interview, Kroes made a statement that “Instead of saying, ‘you’re so beautiful’, I’ll say, ‘you’re smart’, so she won’t judge people on their looks, instead, she will focus on different aspirations in her life. Doutzen further added that “I’m not here to change the world, I want my daughter to study, work hard and become president”.

Quick Facts You Should Know About Doutzen Kroes’

Fact 2: She was born in the tiny village of Eastermar, Northern Netherlands. In her adolescent days, she wanted to be “a happy woman living in the lap of nature”.

Fact 4: Along with modeling for Repeat, she’s also involved in designing its pricy Cashmere threads.

Fact 7: She had a trip to Sri Lanka with her first paycheque because she always wanted to see the real culture and see how people live.

Fact 8: She still enjoys sailing and other water-based sports.

Fact 10: She has got a talented little sister named Rens. Kroes’ sister is a health coach and keeps her in shape with nutritious recipes and workouts.

Fact 11: She is a huge fan of football and a great supporter of Holland.

Getting Lucky In Bingo And Other Games