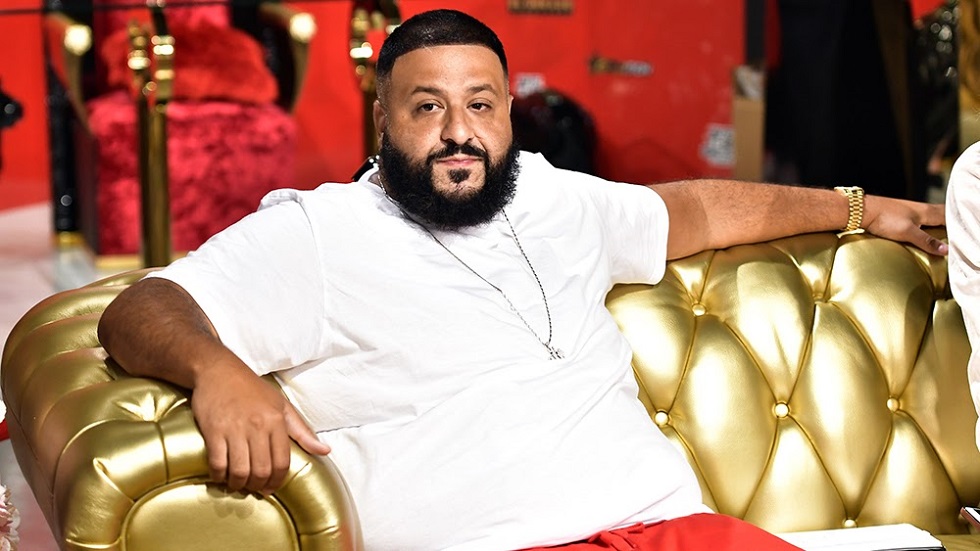 Khaled Mohamed ‘DJ’ Khaled, is a wildly popular American DJ, record executive, songwriter, record producer and media personality. DJ Khaled was born in the city of New Orleans, Louisiana. DJ Khaled rose to prominence as the host of Miami’s hip hop radio station 99 Jamz during the 1990s. Because of his immense popularity, the famous hip hop group Terror Squad hired DJ Khaled to serve as the DJ for their live performances. Soon after that, DJ Khaled also received some production credit for some of Terror Squad’s music. As a result of that, DJ Khaled also started curating albums. DJ Khaled’s debut album called Listennn… the Album was released in 2006. The album went on to achieve a Gold certification. DJ Khaled’s sophomore album We the Best was released in 2007. The album featured the top 20 single “I’m So Hood”. Soon after that, DJ Khaled founded his own record label, We the Best Music Group. DJ Khaled released his next two albums We Global and Victory with his own music label. Both of the albums ended up cracking the top 10 of the US Billboard 200 charts. Victory also featured the superhit, triple platinum single All I Do is Win. DJ Khaled continued his run of strong commercial success with his fifth studio album We the Best Forever. The album spawned DJ Khaled’s first ever top 10 single, I’m on One. DJ Khaled’s ensuing albums Kiss the Ring and Suffering from Success continued his run of successive top 10 albums. DJ Khaled’s eighth studio album I Changed a Lot was also quite successful commercially. However, it failed to crack the top 10 of the US Billboard 200 charts, peaking at number 12. Between 2015 and 2016, DJ Khaled became extremely well renowned as a media personality and got a sudden surge of followers on his different social media accounts. This led to an incredible amount of hype for the release of his ninth album Major Key in 2016. As a result of all the hype, the album was a major critical and commercial success. The album debuted on top of the Billboard 200 albums chart. The album was soon certified Gold and even went on to win a Grammy nomination for the Best Rap Album of the Year. DJ Khaled continued his relentless run of releasing albums in 2017 when he released his tenth album Grateful. The album featured the superhit singles I’m the One and Wild Thoughts. The singles reached number one and number two respectively on the Billboard Hot 100 charts. Grateful debuted at number one on the Billboard 200 Albums chart and went on to be certified platinum. DJ Khaled released his eleventh album Father of Asahd in 2019 and it climbed all the way to number two on the Billboard 200 charts. DJ Khaled has also achieved a lot of success as a writer. His book The Keys has appeared on the New York Times Best Seller list. In 2019, DJ Khaled also made his silver screen debut in the movie Spies in Disguise. DJ Khaled also appeared in the Will Smith and Martin Lawrence movie Bad Boys for Life. As a result of his tremendous success in numerous fields, DJ Khaled has seen a meteoric rise in his net worth. As of 2020, DJ Khaled’s net worth is $65 million.

When was DJ Khaled Born?

What was DJ Khaled’s first job?

DJ Khaled’s first ever job was working at a record store called Odyssey in New Orleans.. He met Lil’ Wayne and Birdman at the store in 1993. DJ Khaled helped the future rap superstars achieve their breakthrough.

In the early 1990s, DJ Khaled served as a DJ for reggae sound-clashes. He became famous for mixing hip hop with dancehall during the sound clashes. Towards the end of the decade, DJ Khaled started his radio career by hosting The Luke Show with 2 Live Crew’s Luther Campbell.

After working with several music artists as a DJ and producer, DJ Khaled started recording and producing his own music. He eventually released his debut album in 2006. Since then, Dj Khaled hasn’t looked back.. He has released over 10 albums, served as a DJ in the Super Bowl and the NBA All star Game and has become one of the most famous media personalities in the world. DJ Khaled has also enjoyed the moniker of Snapchat King. Aside from his music, DJ Khaled is also very well renowned for his messages of positivity. He usually asks people to stay away from ‘they’. According to DJ Khaled, ‘they’ are the doubters and the naysayers, the kind of people who always tell you that you can not achieve your dreams. Dj Khaled appeared on The Ellen Show and spoke about keeping ‘they’ away from our lives.

DJ Khaled is one of the most famous and endearing celebrities in today’s world. He has sold millions of albums and his videos on YouTube have billions of views. DJ Khaled is also a best selling author. As of 2021, DJ Khaled’s net worth is estimated to be $65 million.

Here are some of the best highlights from DJ Khaled’s career:

Basically what I’m trying to tell you is that it’s almost impossible to drive a jet ski at night time unless you’re in a city with lights lit up so you can navigate. Besides being pitch black, that water turn black at night. Listen, I don’t recommend it.

Nicki Minaj, I’m at MTV. I’m going to be honest with you: I love you. I like you. I want you; I want you to be mine. Only reason I’m not telling you this face to face is because I understand that you’re busy.

I wanna thank MTV and the VMAs for choosing me to be a part of the show because, on this show, if you not an icon or upcomin’ icon, you’re not on the show, you know?

Imagine your family finally making it from nothing to something, and finally getting things going, and finally buying a beautiful house and taking care of your children – and the next day, it’s completely all gone. Zero. Boom. Flat broke. So that’s when I had to man up.

I put out tapes, but I always kept saying, ‘Why am I putting all this energy into these tapes?’ I was like, ‘I’d rather make just an album because I have a vision; I know how I want to do my records.’ I always felt like an artist as well.

All of my records, I produced, put together completely. All of them. Maybe Drake might come with an idea, and I might finish it. You gotta remember what a producer is. Quincy Jones is a producer.

‘They’ is… stay away from them, please. There is so many different definitions of ‘they.’ You might have a personal ‘they.’ They against you; they want you broken and miserable. They don’t like winners; they don’t like people who’s blessed. So everybody’s got a different ‘they.’

Sometimes, you might meet somebody that you love that’s turning into a ‘they.’ My key is invite them to Miami and take them to the ocean and let them jump off the boat in the ocean, on the sand bar, and cleanse off and pray and then go take a shower, and hopefully the ‘they’ is out of you.

When I inspire myself, I want to spread the word because it’s important to be healthy. I don’t think they’re teaching us enough about that. I think we should eat better and exercise. Look who’s saying that – a guy who was 300 pounds – but I’m doing a lot better than I used to. I’m letting people know it’s important because it makes you feel better.

It confuses me and disappoints me when somebody says, ‘What does he do? What does he do?’ My records are some of the biggest anthems ever. What do you think, they magically just appear? Obama walked out to my record.

DJ Khaled is one of the biggest celebrities of the modern era. His albums sell by the millions and his YouTube videos have billions of views. He is also a best selling author and an actor. As of 2020, DJ Khaled’s net worth is $65 million and it’s expected to grow quite rapidly in the future.

Chuck Schumer: Net Worth in 2022, Life and Career of the Long Serving US Senator

Beautiful Ways to Propose to a Girl